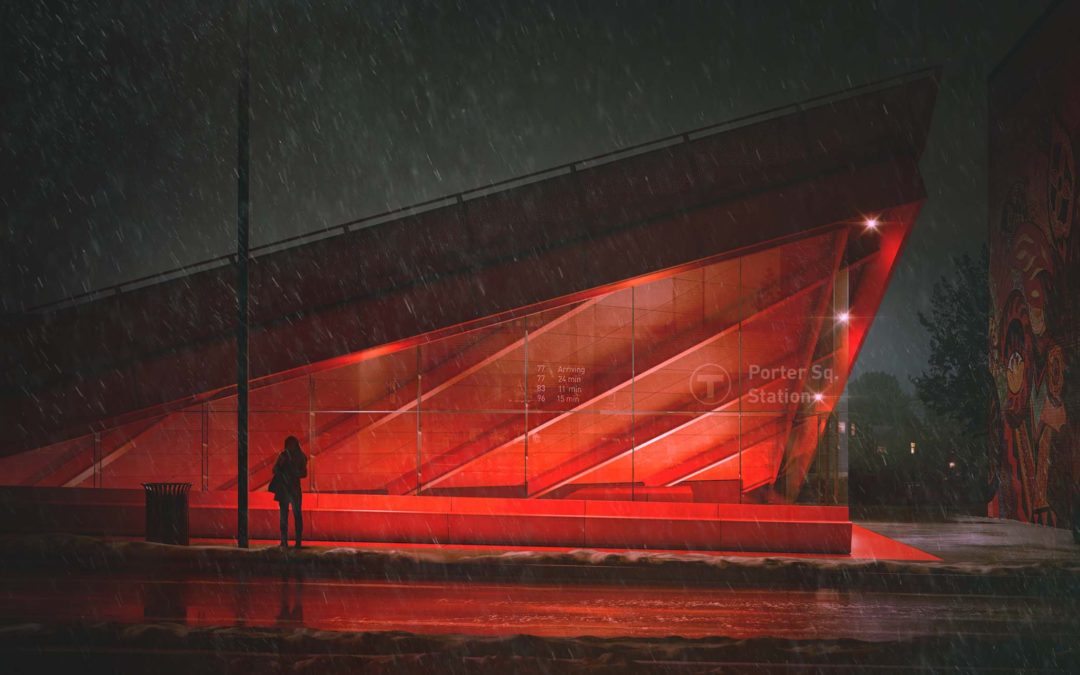 I was able to squeeze in another winter special illustration before the holidays roll around. For this year, I took things really dark and played up the red tones of the Porter Square Station design. The bus stop view is something that I have been planning in my head for a while. I wasn’t thinking it would be a winter scene initially, but because of the timing, I decided to add in snow and turn it into this year’s winter special. The core parts of the image came together quickly because I recycled the 3d scene and lighting from my Night Image Rendering a few months back, and then modeled in the extra detail around the bus stop. Most of my time was spent experimenting with different color grading options. At one point, the image contained lots of blue tones, but it started feeling too much like my other night scene. Then it shifted to greens, and then several other color combinations. In the end, I took things really dark and destarturated much of the shadows leaving the reds to really pop.

To see all of my past winter special images visit some of the links below: