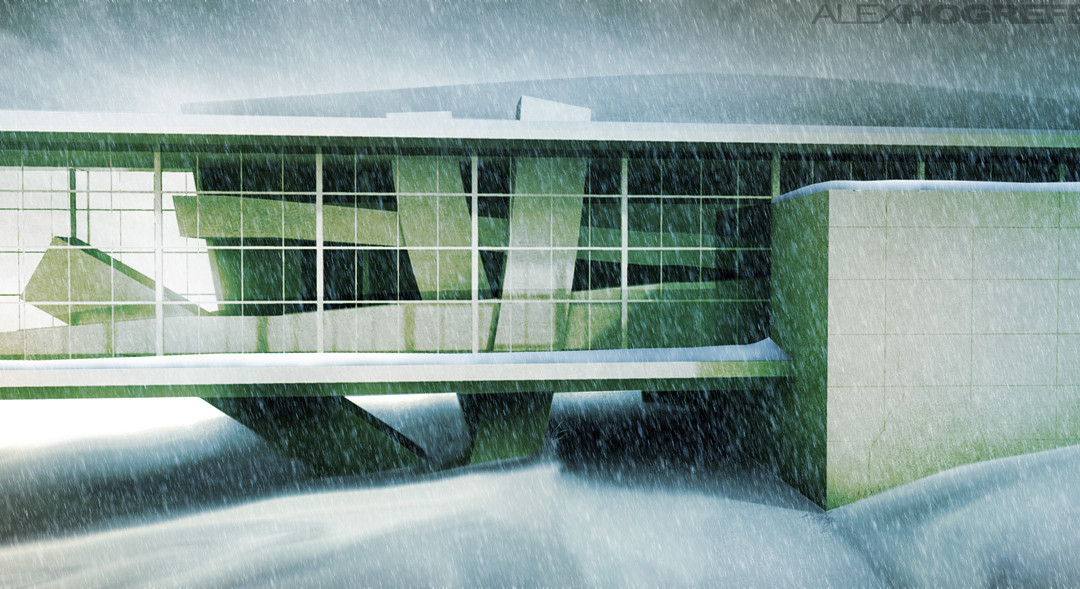 I don’t know if I’m just in the holiday spirit, but I thought I would write a post about winterizing an illustration.  In essence, this tutorial takes your typical daytime rendering and turns it into a snowy winter scene, which is easier than you might think.  After some experimenting, I realized that the smudge tool worked really well for a drifting snow effect on the ground. I also used a common technique for adding falling snow. This method can be found all over the web and with a little manipulation can be used to create rain as well.

You don’t see too many winter scenes in architectural presentations. It’s something I wish I would have tried while still in school.

Below, I have shown the before and after images of the tutorial. Its a dramatic change in just a short amount of time.