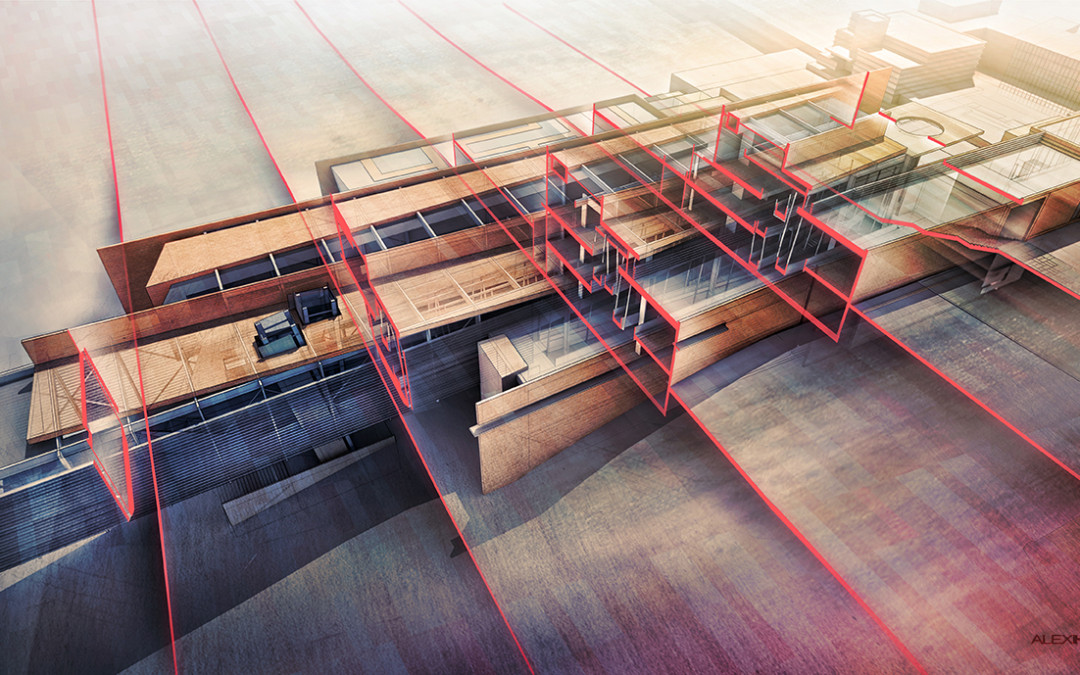 Ever since I rebuilt this model a few months back, I have been wanting to generate an x-ray image of the Cranbrook project. I was having trouble getting the image to read properly because the design doesn’t lend itself well to the x-ray style that I have shown in the past. The problem was the complexity of the structure in relation to the building form and ramping system. There was so much geometry competing for attention that the spatial understanding was getting lost. I then explored cutting several transverse sections along the length of the building to combine them into one perspective view. I wanted to see if I could create an image that could achieve a dual reading of the overall form combined with a clear reading of each individual section. This allows for a clear understanding of what is happening inside at specific moments throughout the design while also explaining the relationship of the outside form with the interior spaces.

This illustration is made up of seven different renderings shown below. The first rendering acts as the base for the Photoshop file showing the entire exterior envelope of the design. The second rendering peels away part of the envelope revealing the structure behind. I then generated five section cuts using the ZORRO 2 plugin. To maintain certain control of the textures and color, I rendered everything as a clay model and then applied all of the textures and colors in Photoshop. You can revisit the clay model rendering tutorial HERE.

Above, a clay model rendering of the exterior envelope using Kerkythea.

Above, a clay model rendering of the structure with parts of the envelope peeled away.

Above, five rendered section cuts using the Zorro 2 plugin to generate the cuts and using Kerkythea to render them.

With all seven renderings, I began piecing them together. I took each section slice and removed anything that was about 20 ft. away from the cut. I then used layer masks to blend the section into the large exterior building rendering. 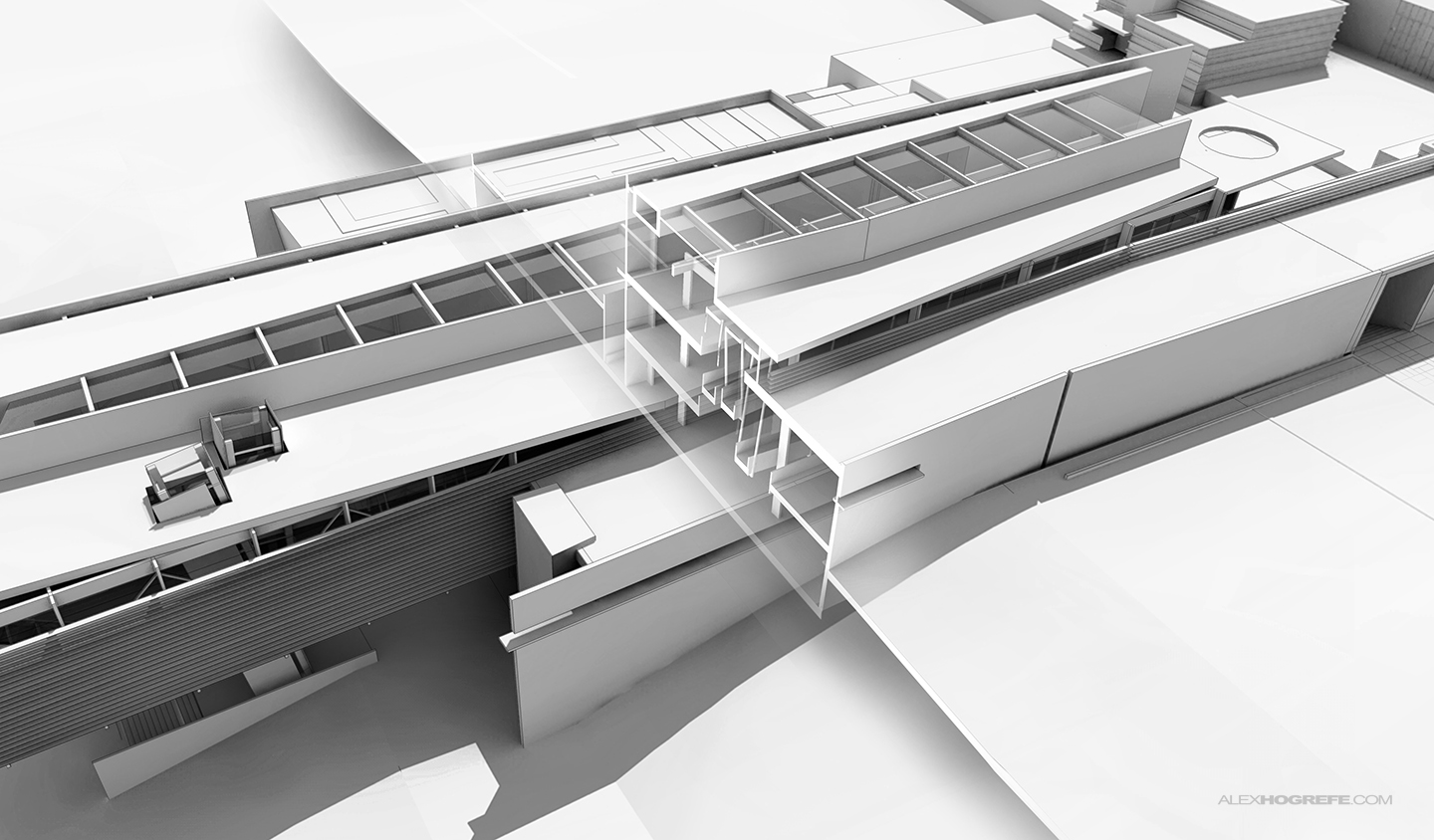 Once the clay model renderings were blended together, I began layering in color. I took my time with this step, slowly adding textures to the ground and walls. I knew I wanted a lot of color in this image, but I wanted it to have depth. This meant using several color overlays to achieve lots of subtle changes in tones throughout the image.

Since this type of illustration requires seven different renderings, the setup takes a little longer than normal. However, once in Photoshop, piecing everything together goes relatively quick. I still think there is more room to clarify the reading of the image. The building envelope gets lost among the sections in a few areas. Ultimately, I decided that the sections should be hierarchically stronger which meant sacrificing the clarity of the building form. There may be a better way to pull this off which I will continue to explore in the future.