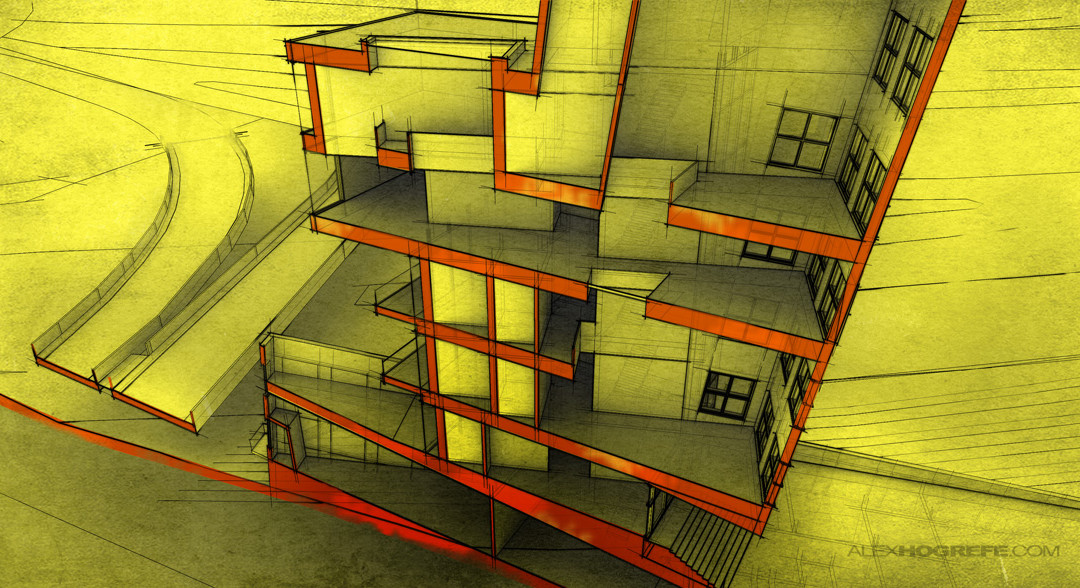 A while ago, I created a tutorial showing how to render a section only using a Sketchup image and Photoshop which can be seen HERE. That tutorial was meant as a last second resort when time was limited and a decent looking image was needed fast. However, there is a second way of rendering sections that I have used in the past which was a little more complicated but provided a better result. This other way makes use of a great Sketchup plugin called Zorro 2 by Dale Martens.  The plugin takes any section plane in Sketchup and cuts the model while deleting whatever was behind the cut. This means the model can be rendered in any rendering program like Kerkythea as a 3D section. My Sketchup models are usually made up of layers upon layers of groups which make it a hassle to cut sections manually. The Zorro plugin automates the process and saves all of the groups. It’s a huge time saver and something everybody should have who uses Sketchup.

The plugin is easy to use. First, download and install the plugin. Then, using the “Section Plane” tool in Sketchup, cut a section in the model.

Next, right-click on the section plane and choose “Slice model at section”. 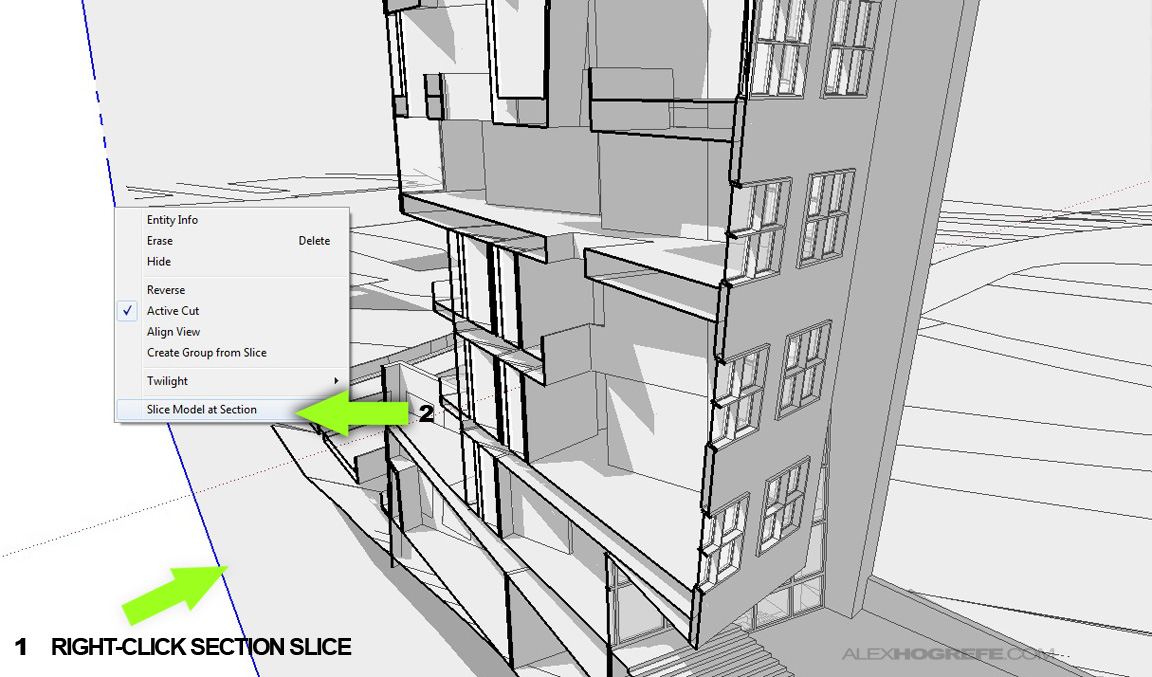 After a few seconds, what is left is the model cut exactly at the section plane with the area behind the section cut deleted. Obviously, it’s a good idea to copy the model before you use this plugin to avoid deleting half your model. 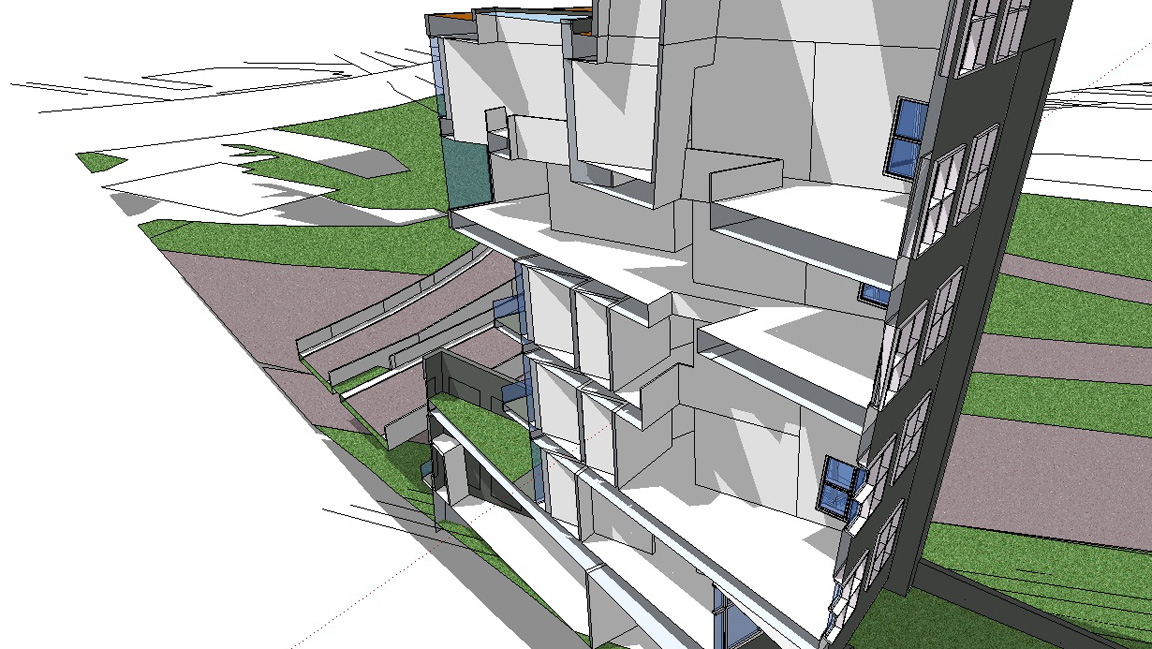 Once cut, the model can be rendered in any rendering program. I threw it in Kerkythea and just did a quick clay rendering

Finally, I did some post-processing of overlaying line work and giving the image some color and grunge. Nailed it.