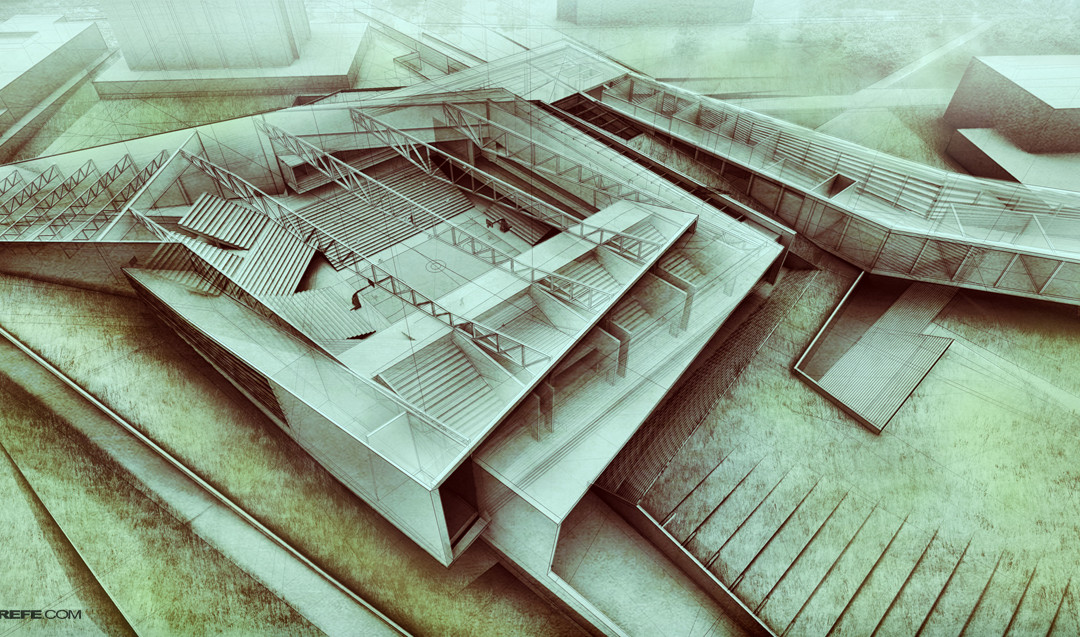 A few weeks back I posted an x-ray illustration of one of my old projects as sort of a last minute idea. This was the first time I had ever done an “x-ray” illustration and I immediately became excited about the possibilities. I’m really drawn to this style because of the way it reveals scale, tectonics, and the relationship of inside to outside. The thing is, this style is really easy to replicate assuming the 3D model is built correctly. I have a habit of thoroughly grouping parts of my 3D models so that I am able to move large chunks out of the way for easier modeling and editing. Because of the way the model is grouped, I am also able to selectively “peel” away parts of the building facade when it comes to rendering the final design. Below is a break down of the illustration as well as a few tips for combining the images.

Above, the Sketchup model with the roof being removed.

The first step involves rendering the model multiple times. I did three separate renderings with the first one showing the complete model, the second with the roof off, and the third with some walls removed. I rendered the model without materials because there was already so much geometry being overlayed on top of each other. I was afraid adding materials would start to over complicate things and muddy the reading of the illustration.

Rendering 1: Model as is (Kerkythea).

Ultimately, I didn’t use the 3rd rendering because some of the lower floors were not fully modeled and much of the information was repetitive with the second rendering.

With all three renderings completed, I began layering them in Photoshop. I started with rendering 1 and used that as the base image. I then took rendering 2 with no roof and moved it above rendering 1 in the layers pallet and set the blend mode to “Multiply”.  I added a layer mask to rendering 2 and began selectively erasing areas that I didn’t want showing through.

It’s important to maintain the clarity of the exterior form. Throughout post processing, I’m constantly pulling back and looking at the whole image to make sure the exterior form still reads well and isn’t getting lost within the interior layers. One way to manage this relationship is by focusing on the corners and edges of the exterior. With the layer mask still active, I selected the areas I wanted to define, and began erasing parts of the interior (rendering 2 layer). 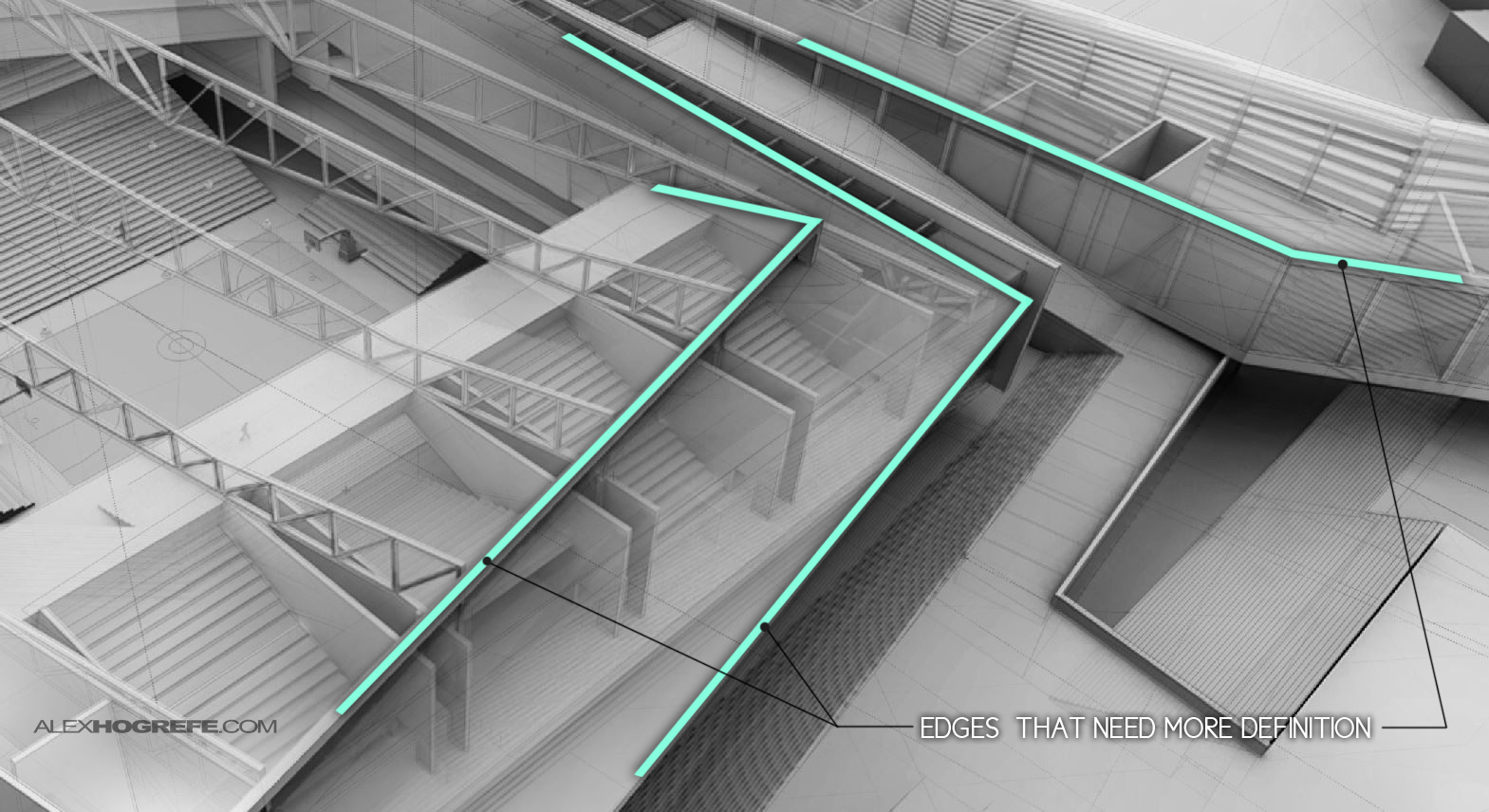 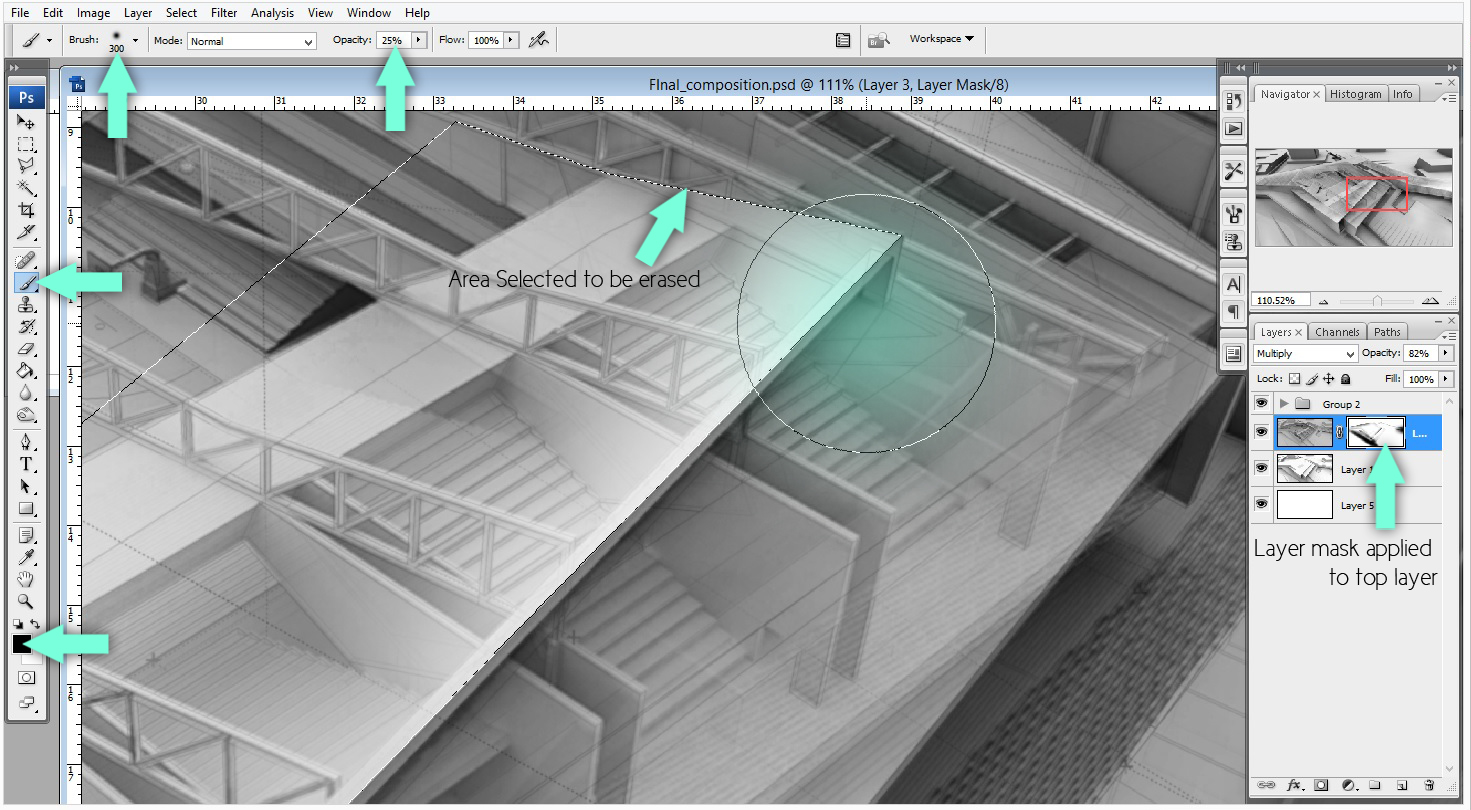 By giving the exterior corners and edges of the design more definition, the dual reading of exterior and interior is much easier to understand. 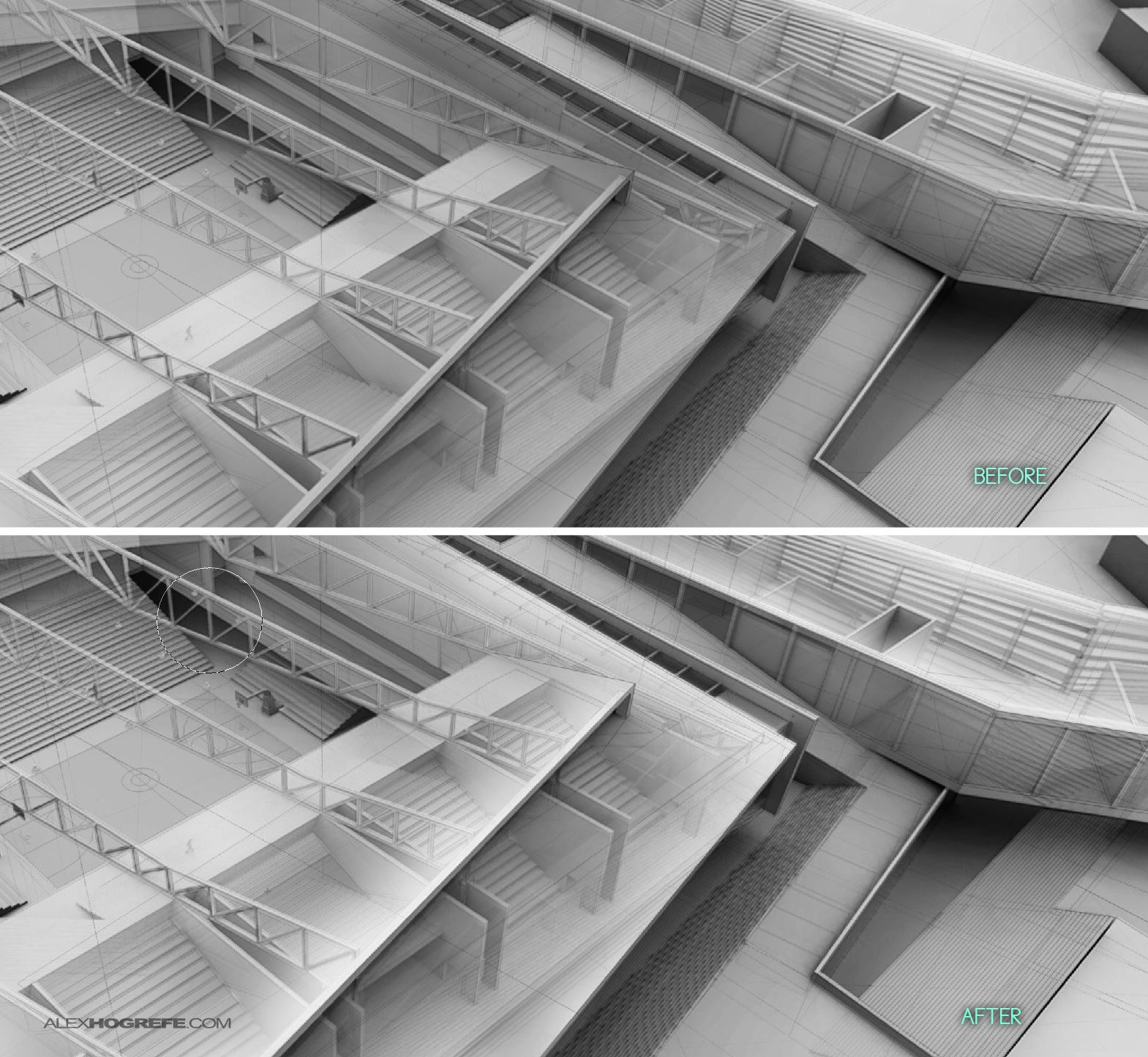 The last few steps involve me spending time adding textures and background elements to liven up the surrounding site. I tend to default to minimal materials when the complexity of an image such as this is so extreme. More materials in my opinion would make it more difficult to understand the forms. Instead, I focus more on texture to differentiate between built form, hardscape and landscape.

Finally, I tweaked the color/ levels and gave the image an HDR effect.