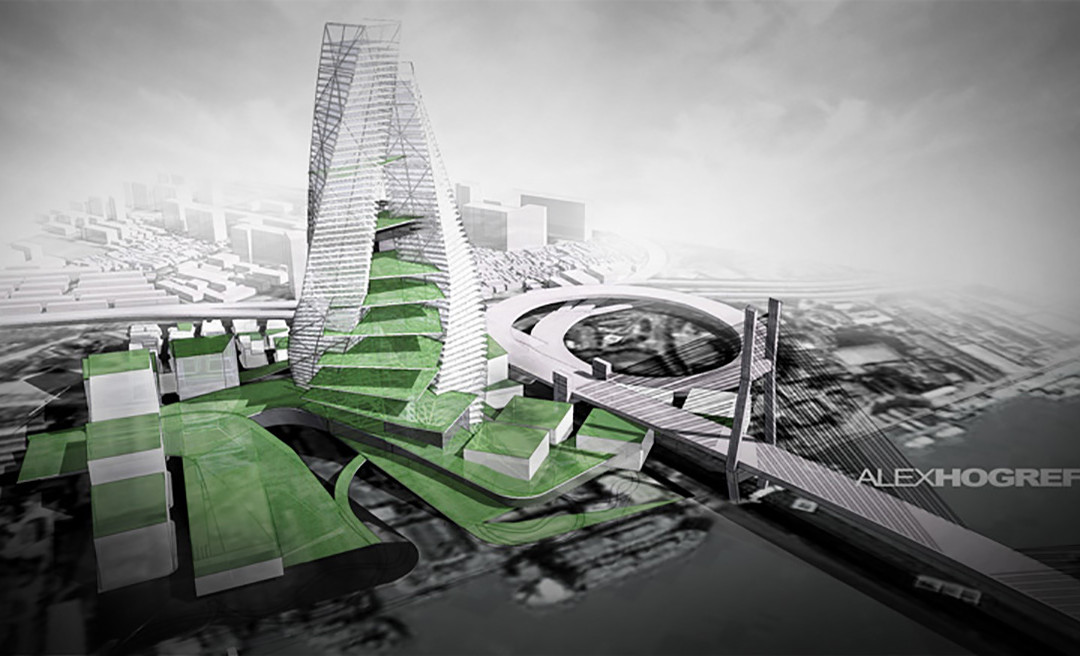 Vignetting is something you see a lot in photography, and it works just as well in architecture illustrations. The idea is simple, the edges of the illustration are darkened to “frame” the image and draw attention to the center. If there is a lot going on in the rendering, this is an easy way to draw the eye to your design in the center, and avoid distracting geometry around the perimeter.

There are many ways to produce this effect. Many of them can be automated with software such as Photoshop (Filters>Distort>Lens Correction) and Lightroom. I prefer to paint in the shadows because I don’t always want even shading around the perimeter. Here is how its done:

First, open the image in Photoshop. The image I will be using is below. For the most part, it looks finished. However, there were many buildings, to the sides and in the distance, were not modeled. Adding vignetting will draw attention to the center of the illustration and put the focus on my design instead of what I did not design. 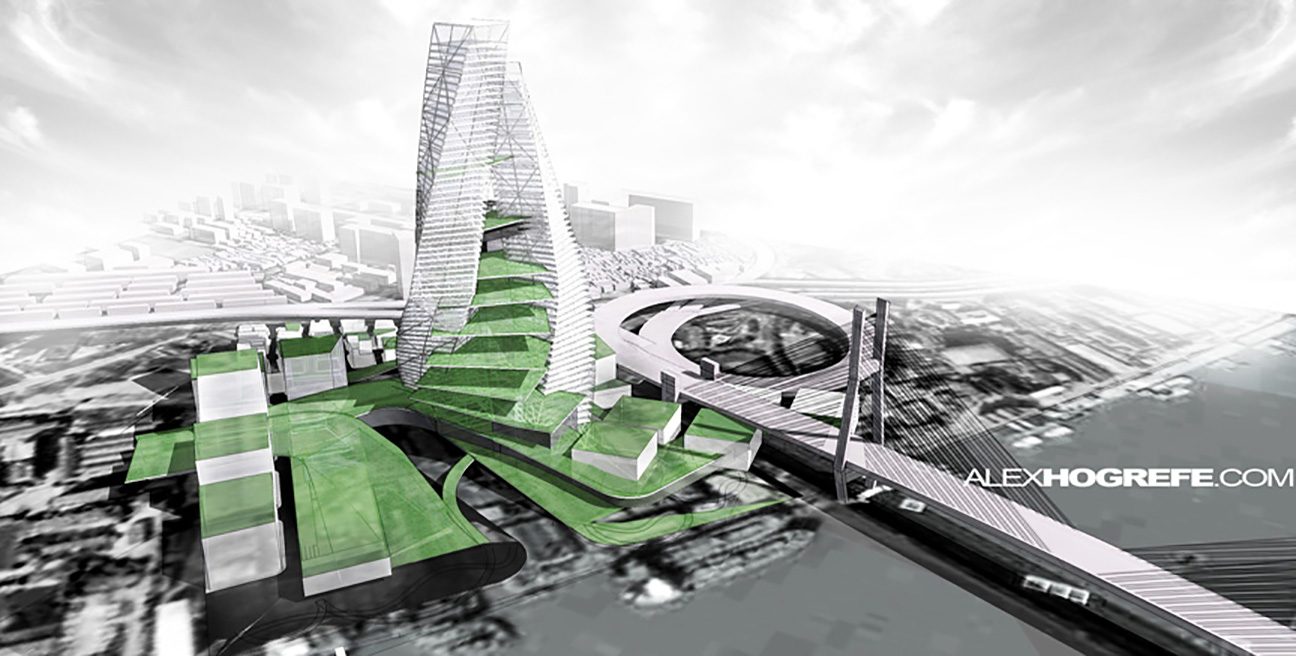 Create a new layer and move that layer to the top of the layers pallet.

Select the “Paint Brush” tool, and with black paint, a soft brush, and an opacity below 20%, begin to paint the perimeter. In this case, I wanted to play up the horizon, so I focused most of the darkness in the corners, with less shading on the sides. 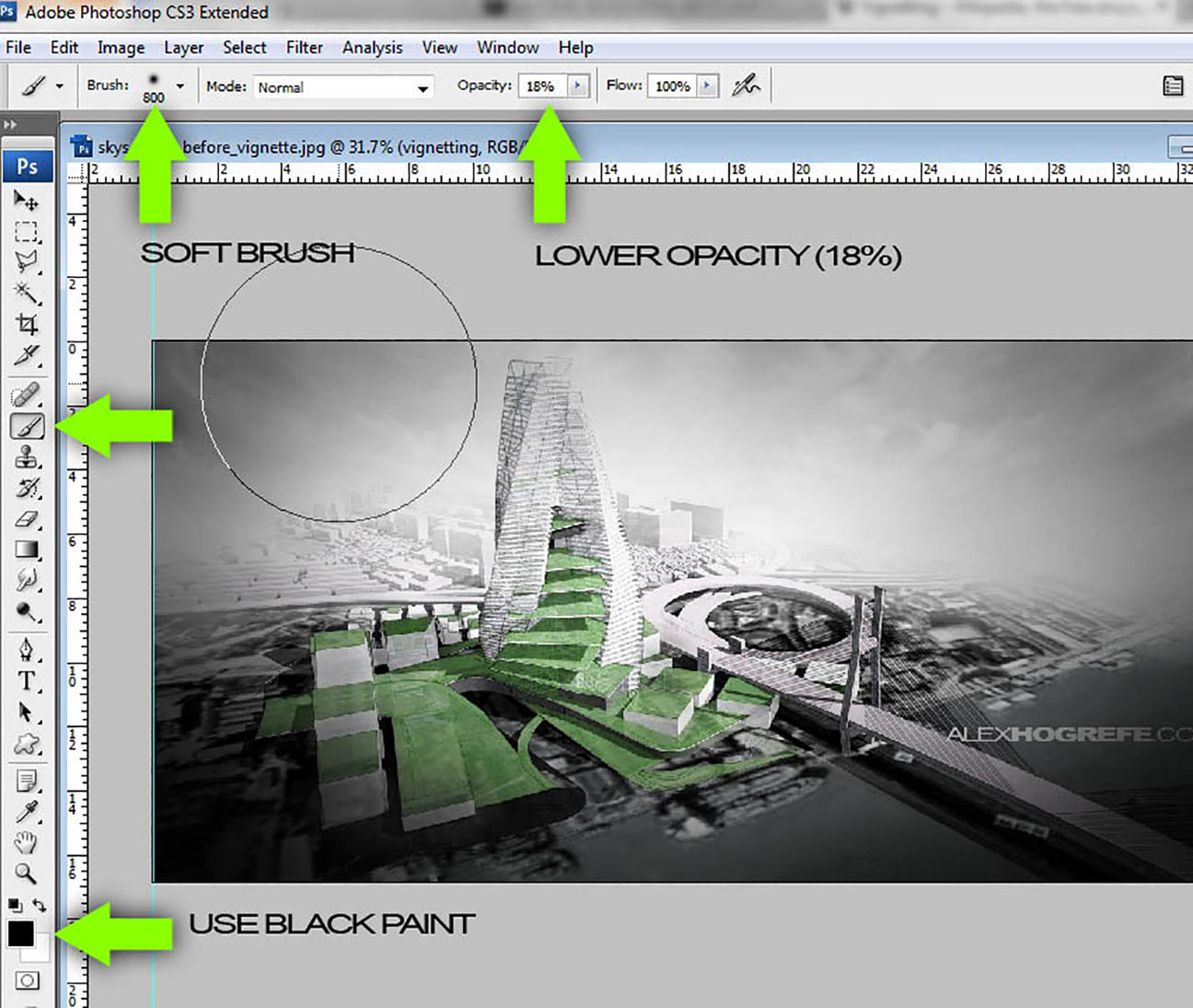 Going to Filter>Distort>Lens Correction or using the gradient tool could also be used to achieve a similar effect, but like I said above, sometimes it’s not desired to have an even gradient around the image. Most of the time, a subtle bit of shading is all that is needed. 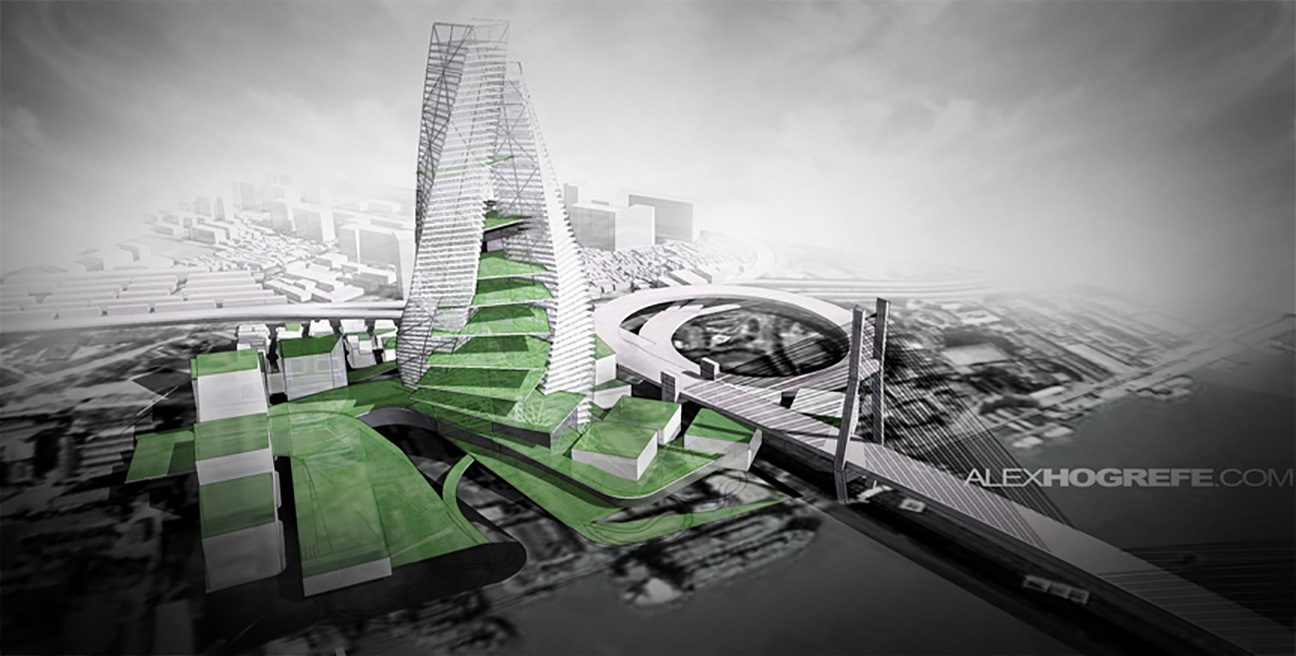