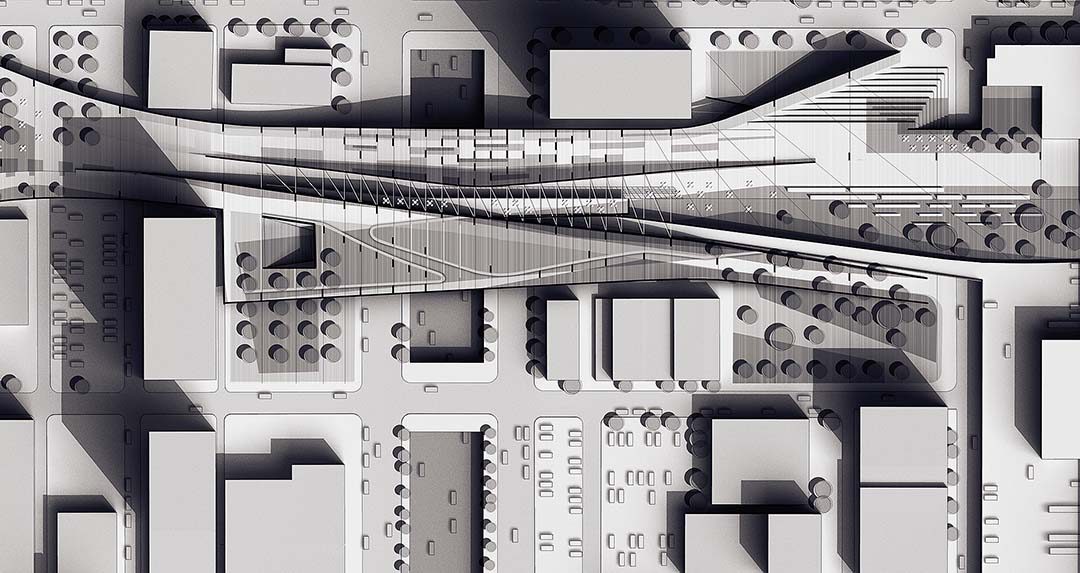 I first generated a black and white study like this for my wharf design back in 2014. I liked how this approach breaks down the complexity of site design into simple elements and creating a space for me to quickly “sketch” out and iterate ideas. For this bridge design, I decided to use a similar process with some minor modifications. I am still removing all color and abstracting elements to there most simplest form. However, the shadows now have a subtle gradation to them to give a better sense of depth. An image like this comes together faster than you might expect. Although it looks like there are a lot of moving parts and finite detail, it is all about starting simple and slowly building in more and more information. This idea hopefully is clear in the image breakdown below where each step slowly builds off of the previous. It goes without saying that Photoshop file organization is important and using groups, masks, and smart objects play an important role in keeping my PSD file under control and eaisly editable.

V-Ray clay model rendering. I went with really soft shadows by simply increasing the sun size in the V-Ray option editor to 100.

I then took the V-Ray clay model rendering and totally desaturated the colors and edited the levels to get a stronger contrast.

Finally, I took the V-Ray clay model rendering and set the blend mode to “Multiply” on top of the Sketchup line work and shadow export to get the composited image above.

To help separate the street from the sidewalk, I added a slight tone to the streets and context buildings. I didn’t want this move to grab too much attention, so the tone is very light. Just enough to define those elements.

To define the edge of the site, I wrapped a thick profile line around the perimeter. A grid was added as well to provide a framework for the site design.

For this step, I began roughing the programmatic zones and pathways of the project. I iterated quite a bit at this stage before arriving at this design. The different gray tones are representing changes in materials such as grasses, shrubs, crushed granite, changes in paving materials, etc.

I was looking for a way to call more attention to the project and hierarchically separate it from the context, and therefore draped a light texture over the design. I also added a few more details such as dark elements representing locations of possible light fixtures.

Trees, cars, tables and chairs were populated throughout the illustration. I debated whether or not to add cars, but ultimately decided that they would better reveal the amount of parking lots around the site and create a clear juxtaposition between the car dominated context and the green pedestrian focused project above. I am only using three different smart objects copied many times. Therefore, if I decide later to replace the graphical style of the trees with something else, I simply just replace the one smart object.

7. The Final Illustration and Color Correction 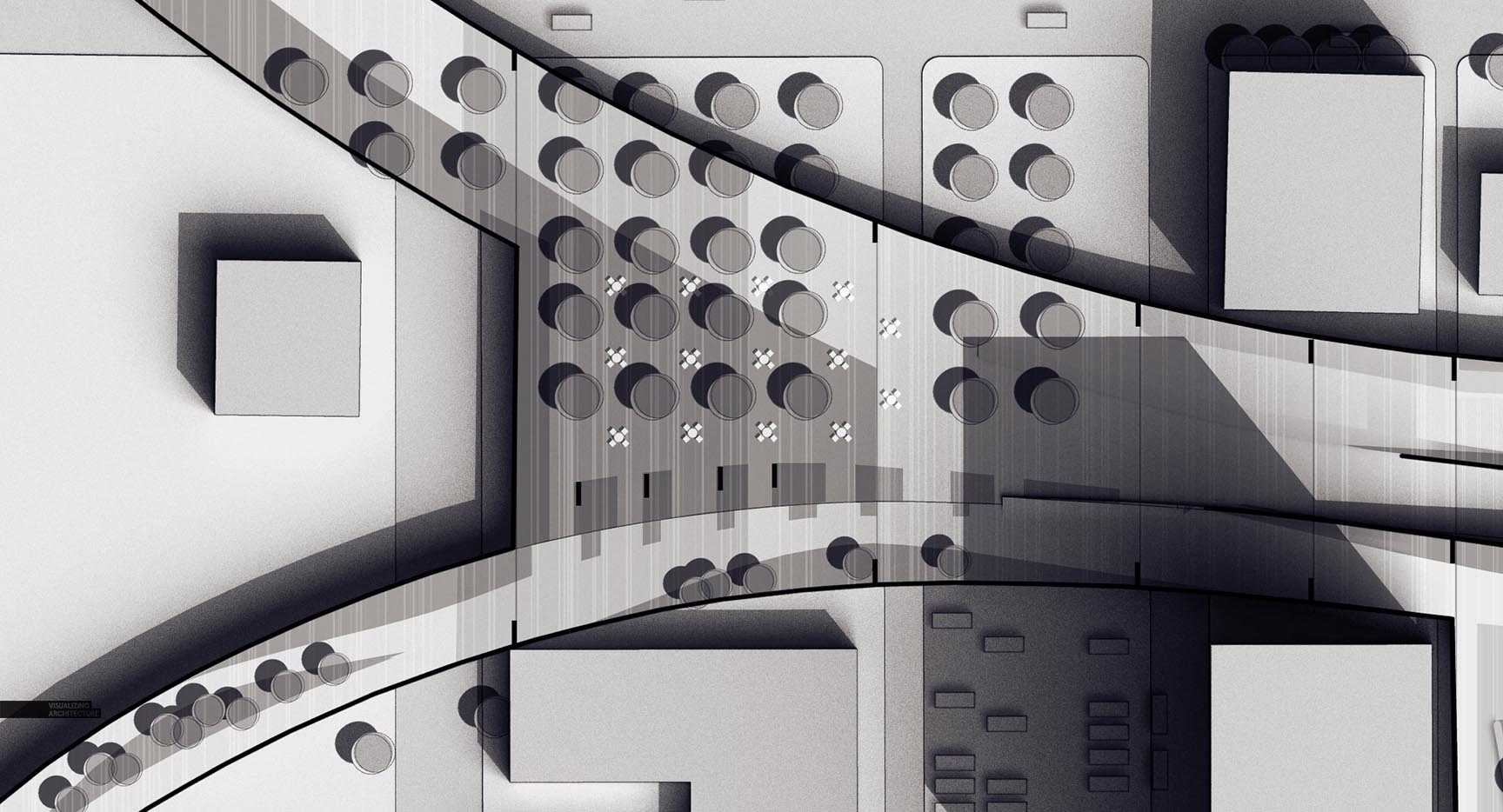 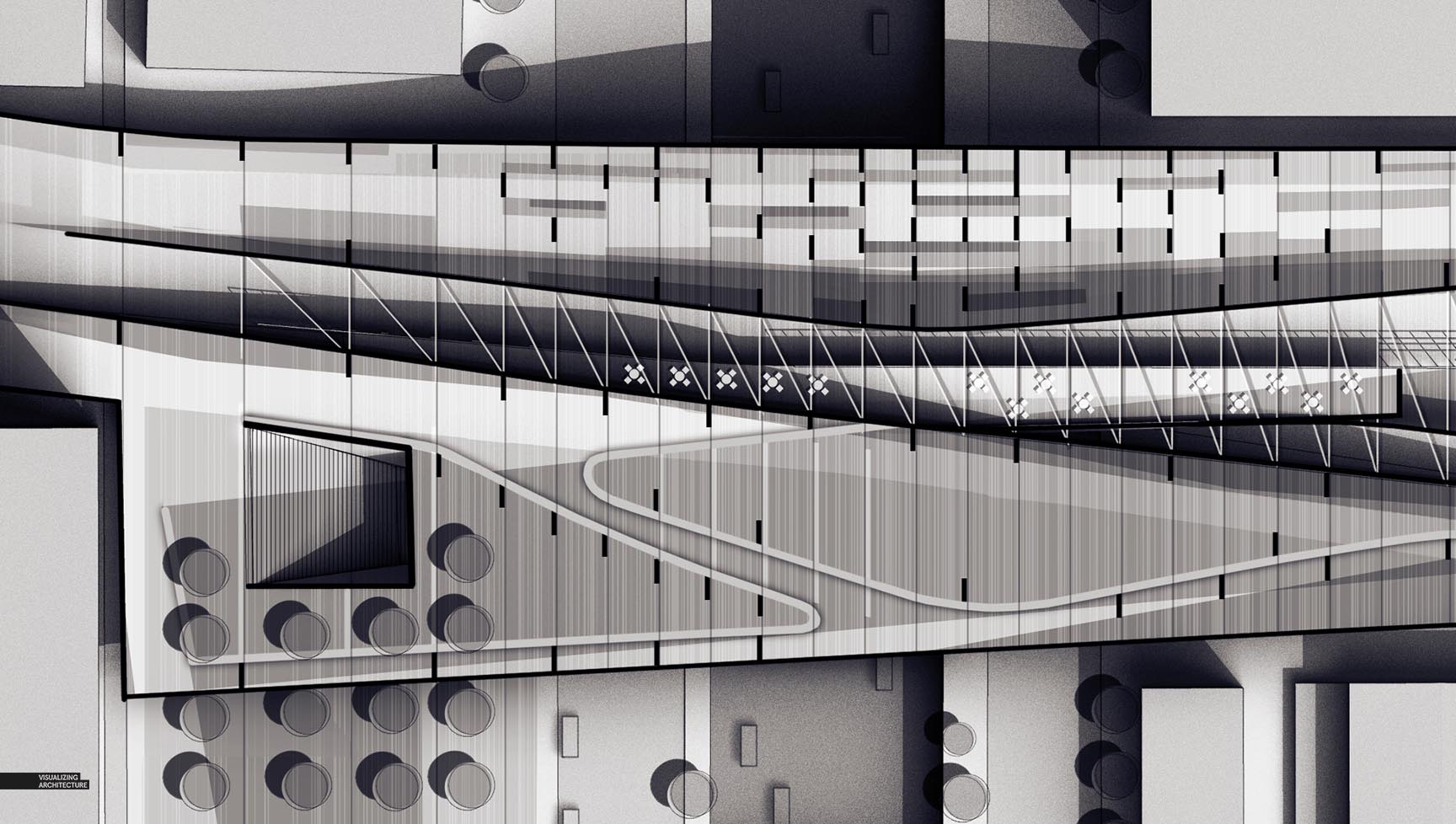 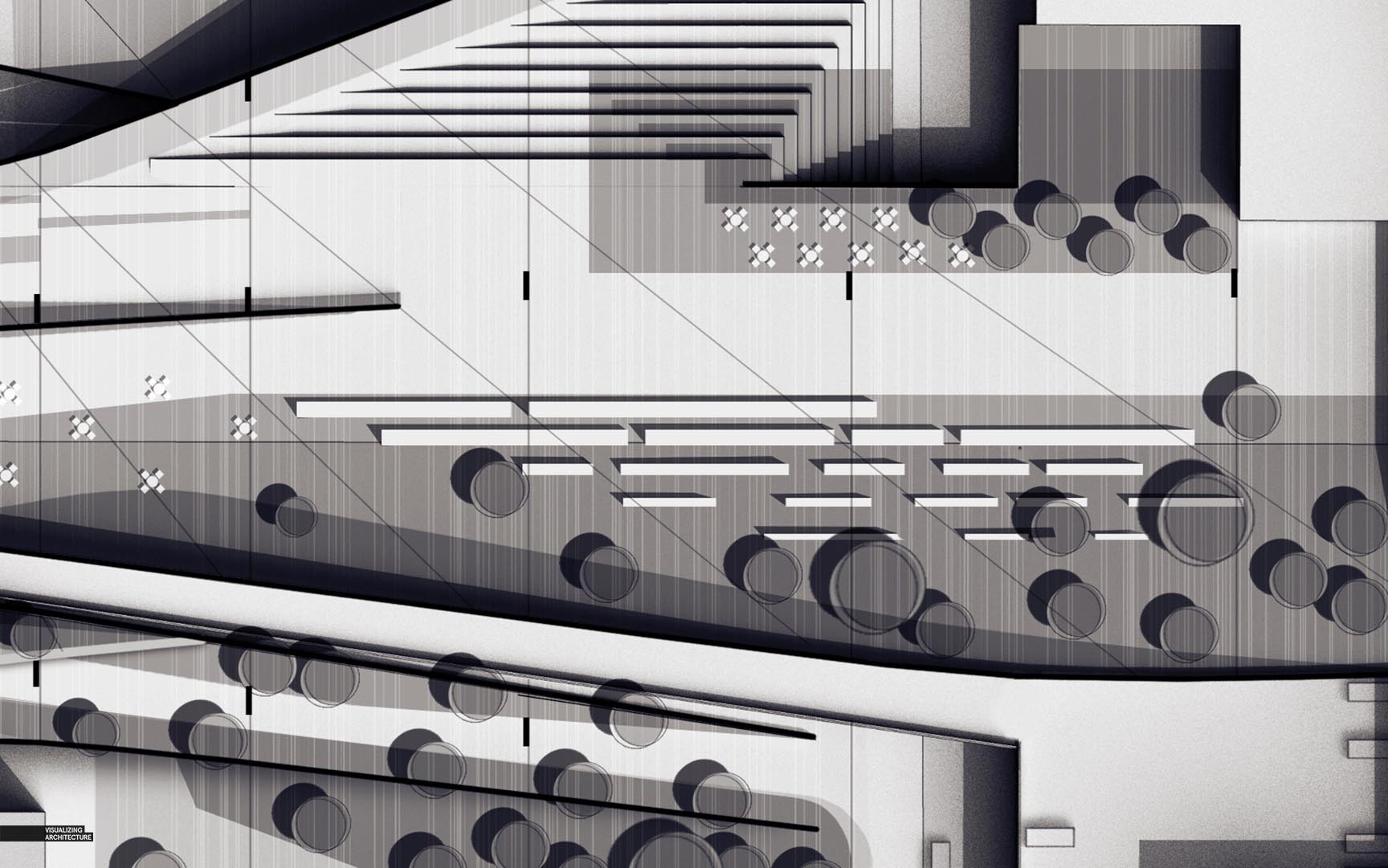 Color correcting was minimal by giving the shadows a subtle blue tint and the highlights a warm tint. I also added some noise for a little more texture. The design is getting close to where I want it and up next I plan on producing some perspective illustrations to study a few areas along the retail corridor. Stay tuned.