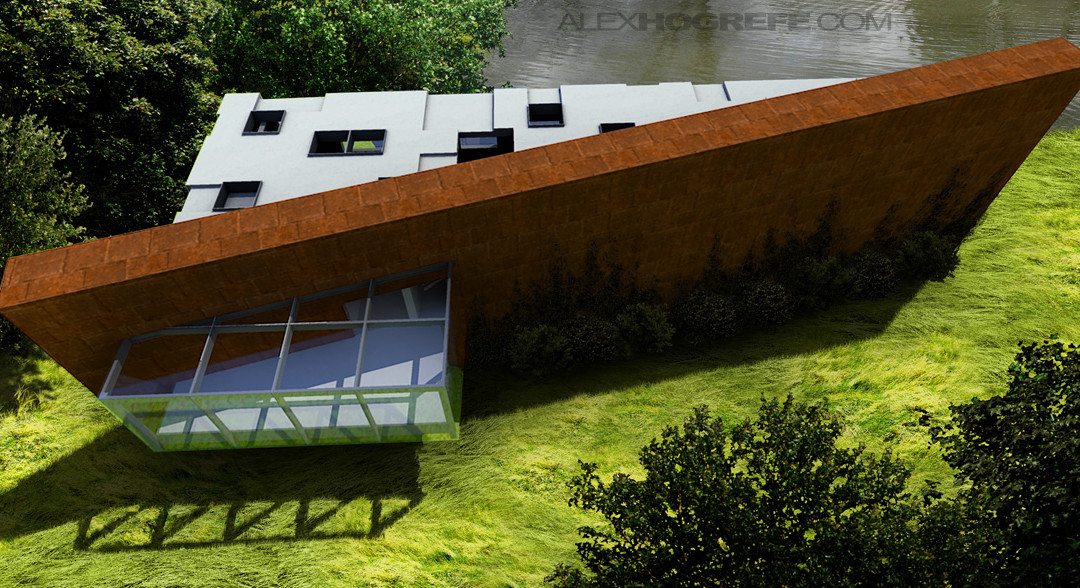 This video builds off of the post from last week explaining the workflow I used to add landscaping elements via Photoshop. There was a lot of information to cover in a short amount of time, so the video slows down at important stages of the process and speeds up where the steps have already been discussed and would be redundant to explain again. You will probably notice a lot of similarities to the GRASS TUTORIAL, however this video better explains how to handle shadows as well as adding trees and vines.

Below, the starting point of the video before post processing

Below,The image after the landscape has been added using Photoshop

If you look at the last post you will notice that there is still some post processing to be done. I will try to cover this in the future. Its mostly simple stuff such as adding people and color overlays. See you next week.