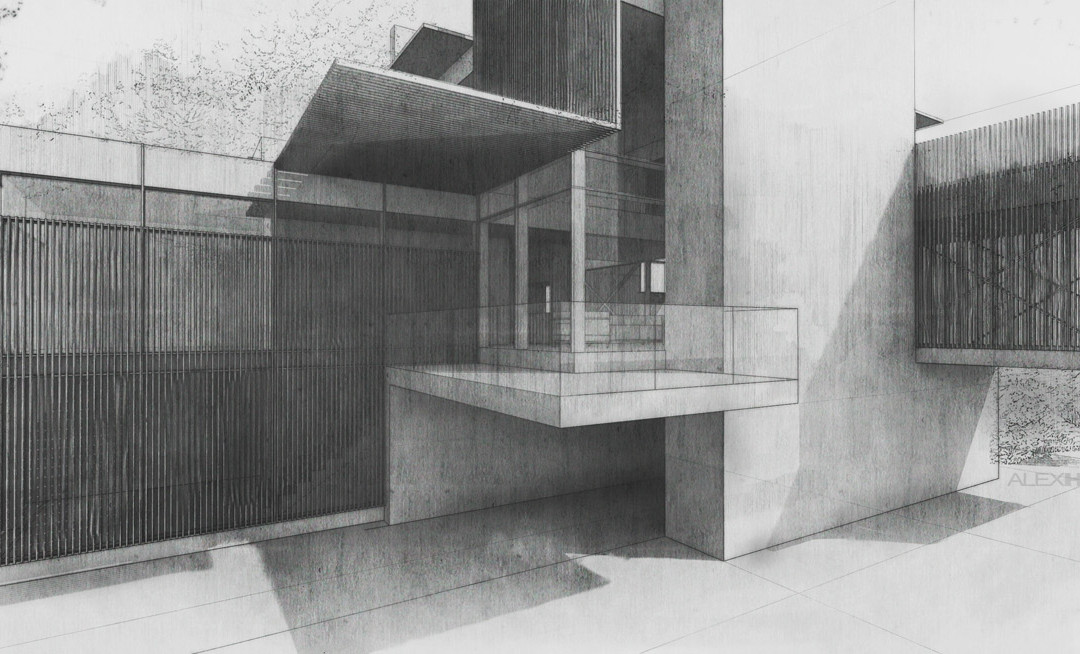 I used to draw a lot when I was younger and all but stopped sometime in college. I’m not sure why, but I always find myself trying to recreate hand drawings through Photoshop. I’ve noticed that the workflow that I use to recreate drawings follows a similar procedure as that of actually hand rendering an image. This idea didn’t really hit me until today when I was creating some illustrations of a villa that I have been designing in my spare time.

When manually hand drawing an illustration, I would start by laying out the line work of the building. In Photoshop, I also start with an exported line drawing of my model as the base. 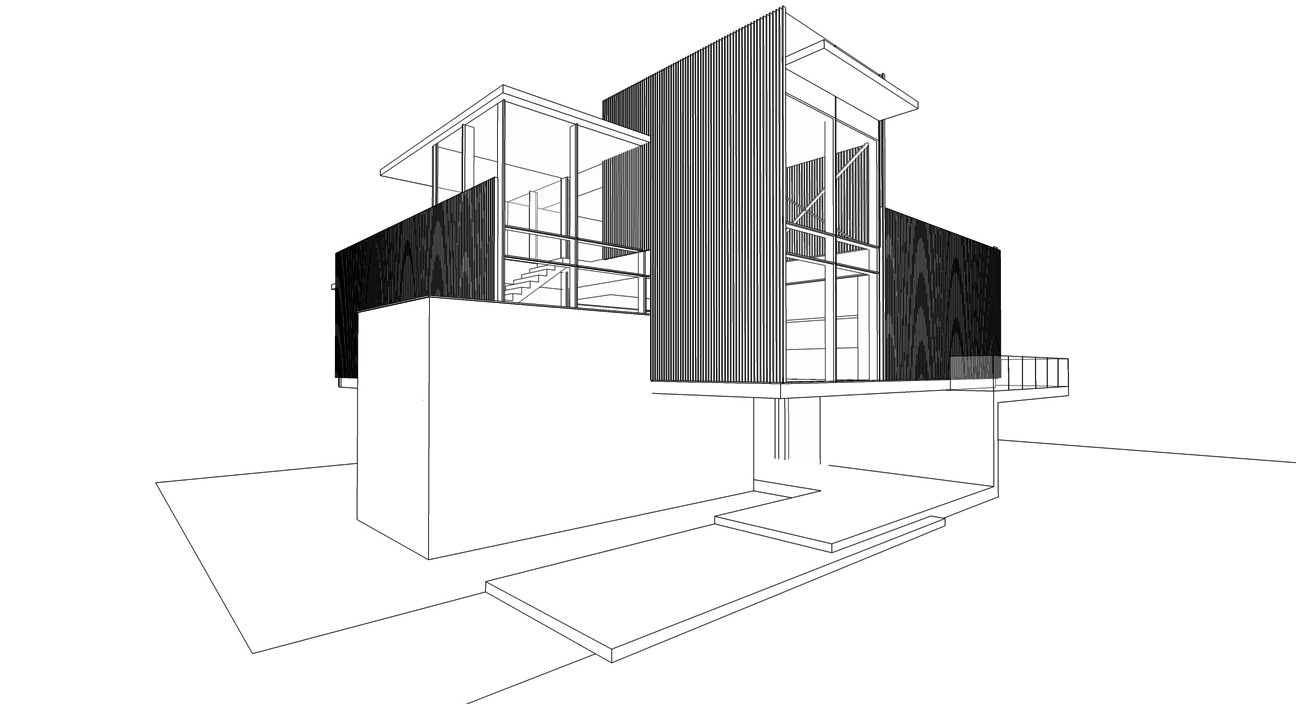 Next, I would calculate the shadows and rough those into the drawing. In Photoshop, I also always export the shadows of the Sketchup model as its own layer. As with hand drawings, strong shadow lines give dimension to the image and help to visually explain the geometry of the design. 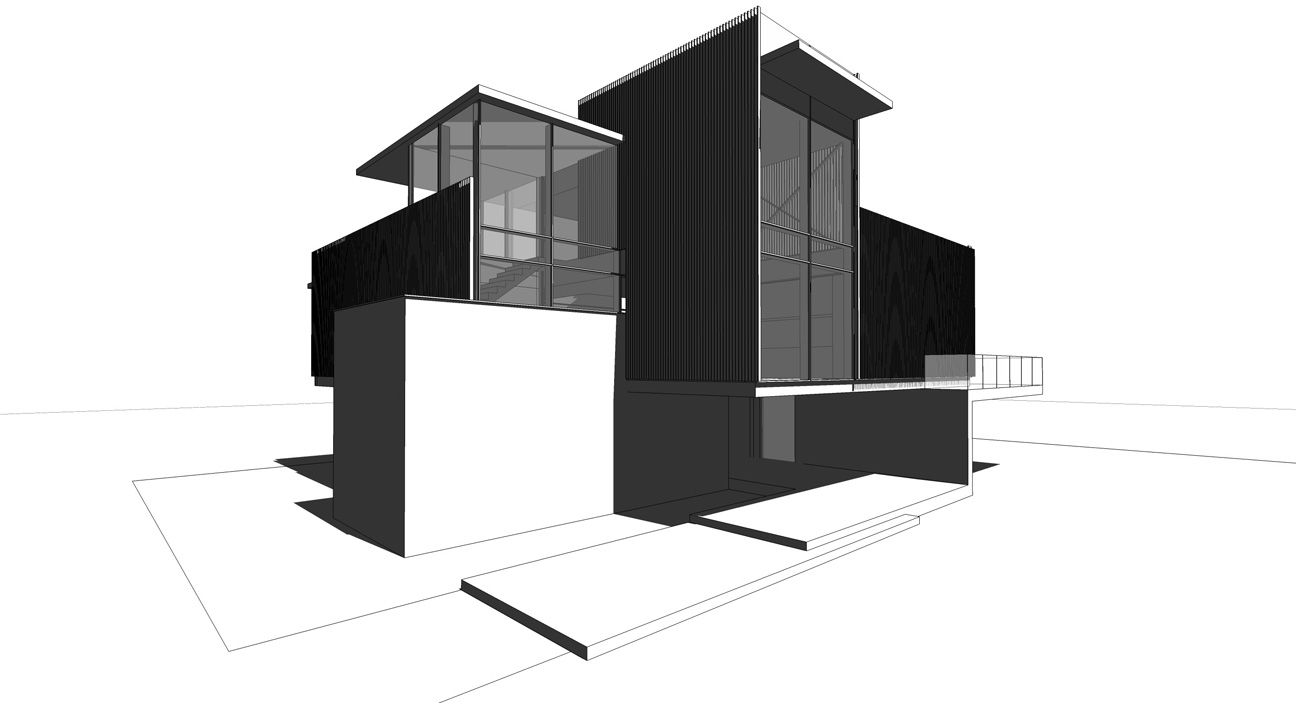 With the linework and shadows set in place, I would then begin lightly shading in the perspective. It always took 5 or 6 passes of layering on graphite until the drawing was where I wanted it. This step is emulated in Photoshop by overlaying a basic clay rendering from Kerkythea. Similar to layering on graphite, I lightened the Kerkythea image, and built up the shade and shadow using the “Burn & Dodge” tools to give it a more hand rendered appearance. 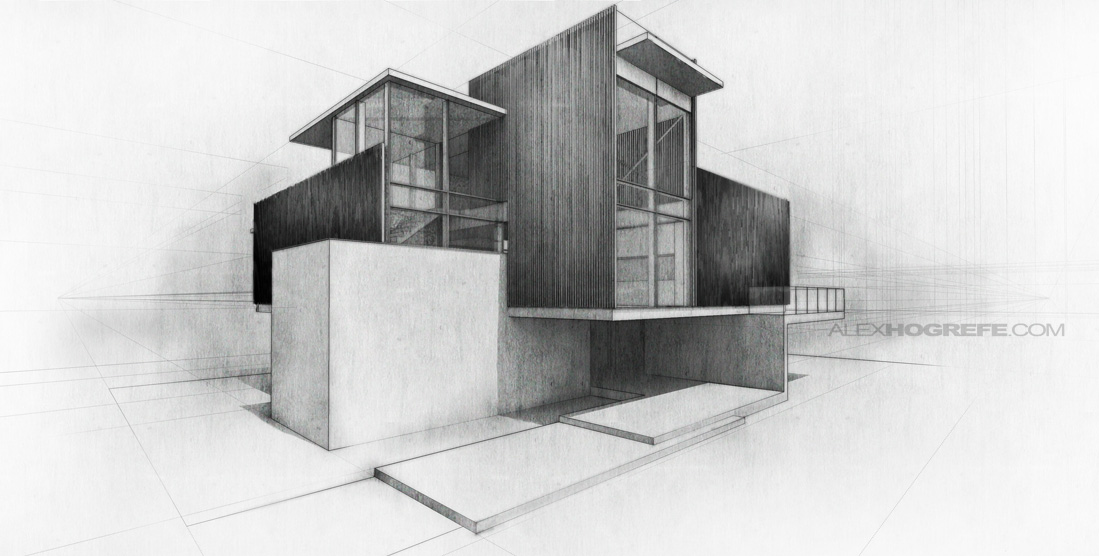 The last step of hand drawings consisted of adding in the background shading and landscape. This is typically the last step for me in Photoshop with digital illustrations too. I leave this step to the end mainly because I let the strength of the rendered building inform me on how much landscape and background shading is needed. I don’t want the two to compete too much hierarchically. 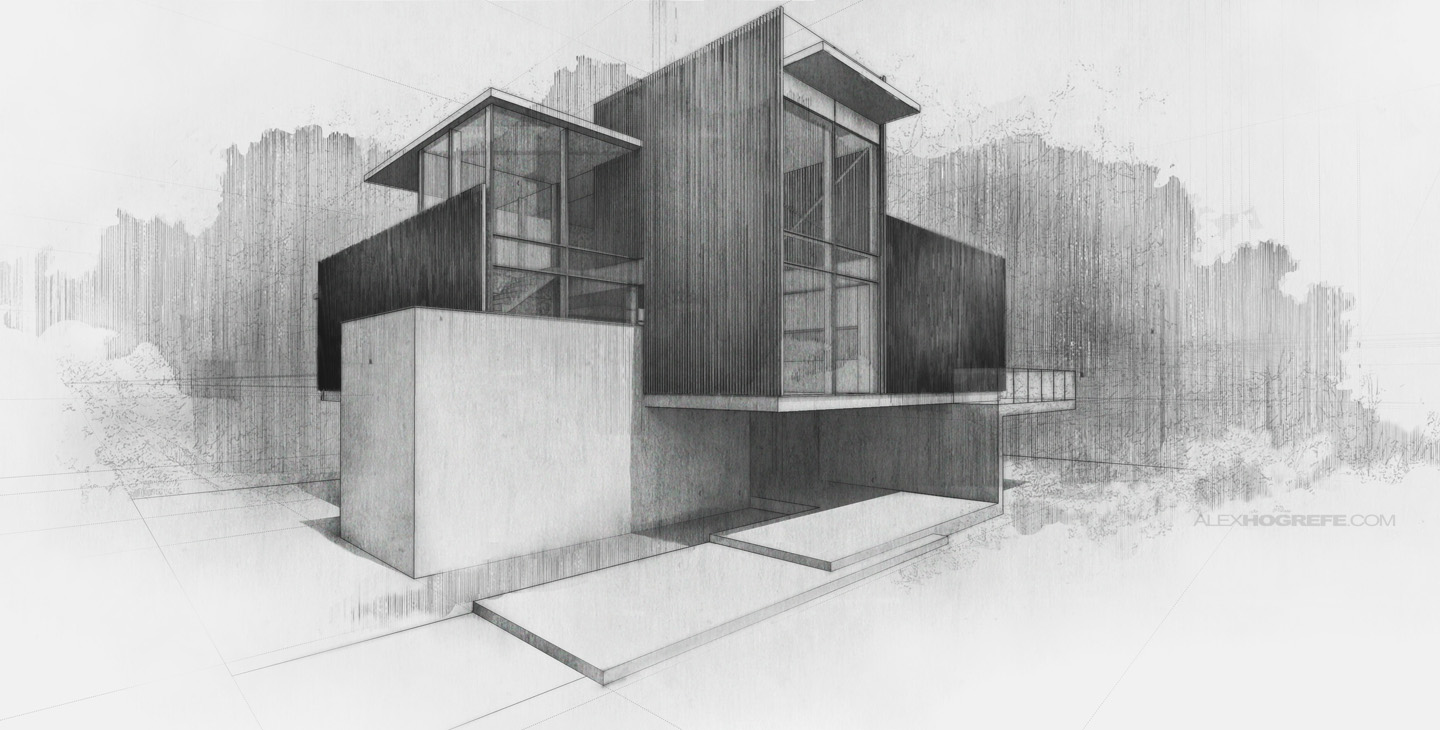 There are also a lot of subtle things going on in the above image that aren’t immediately obvious. I spent some time roughing up the harsh shadow edges, periodically adding smudges, burning and dodging gradients so that they aren’t so smooth, and adding imperfections to the line work. I also scanned one of my old drawings to get a sketchy texture to add as an overlay. All said and done, each of these images took about 2 hours. Hand drawing these would have taken me the entire weekend.