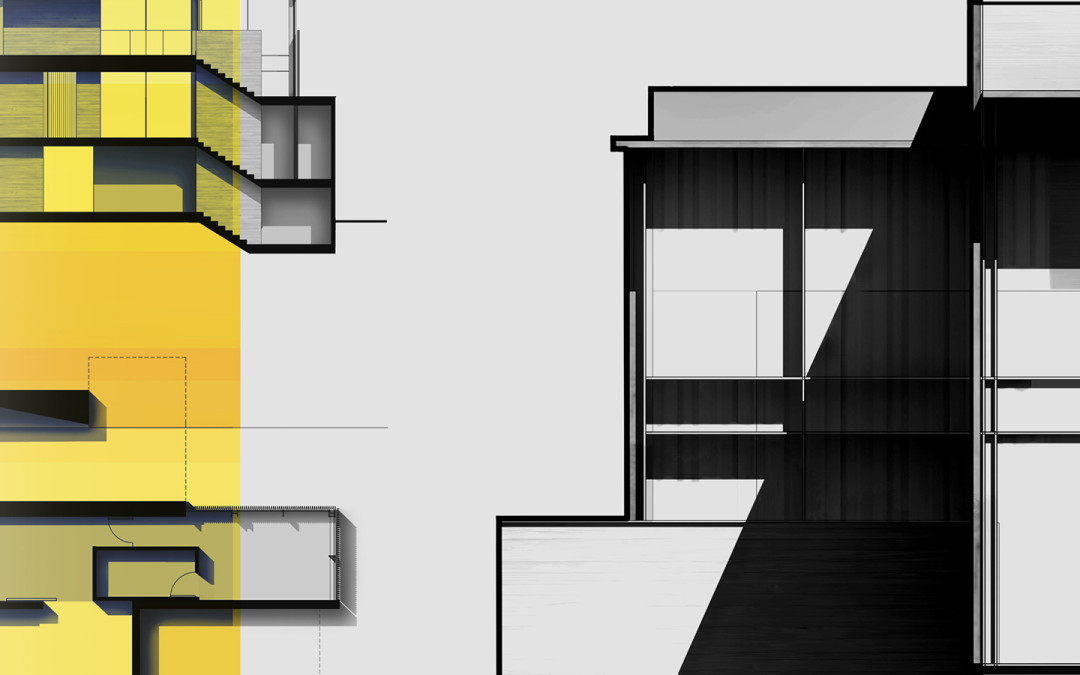 A few weeks ago, I created a post on “going minimal” and this week I am adding two more spreads to the project. I mentioned in the first post how difficult it is for me to leave white space on the page and I think the above two spreads show this discomfort through a denser layout than the first two. While I don’t exactly have the white space concept figured out, it is forcing me to think differently about page layout. For example, I am giving the content more breathing room than I typically do. More space around the images means smaller images to account for this extra space. However, I think the clarity and readability of the pages make up for slightly smaller images. 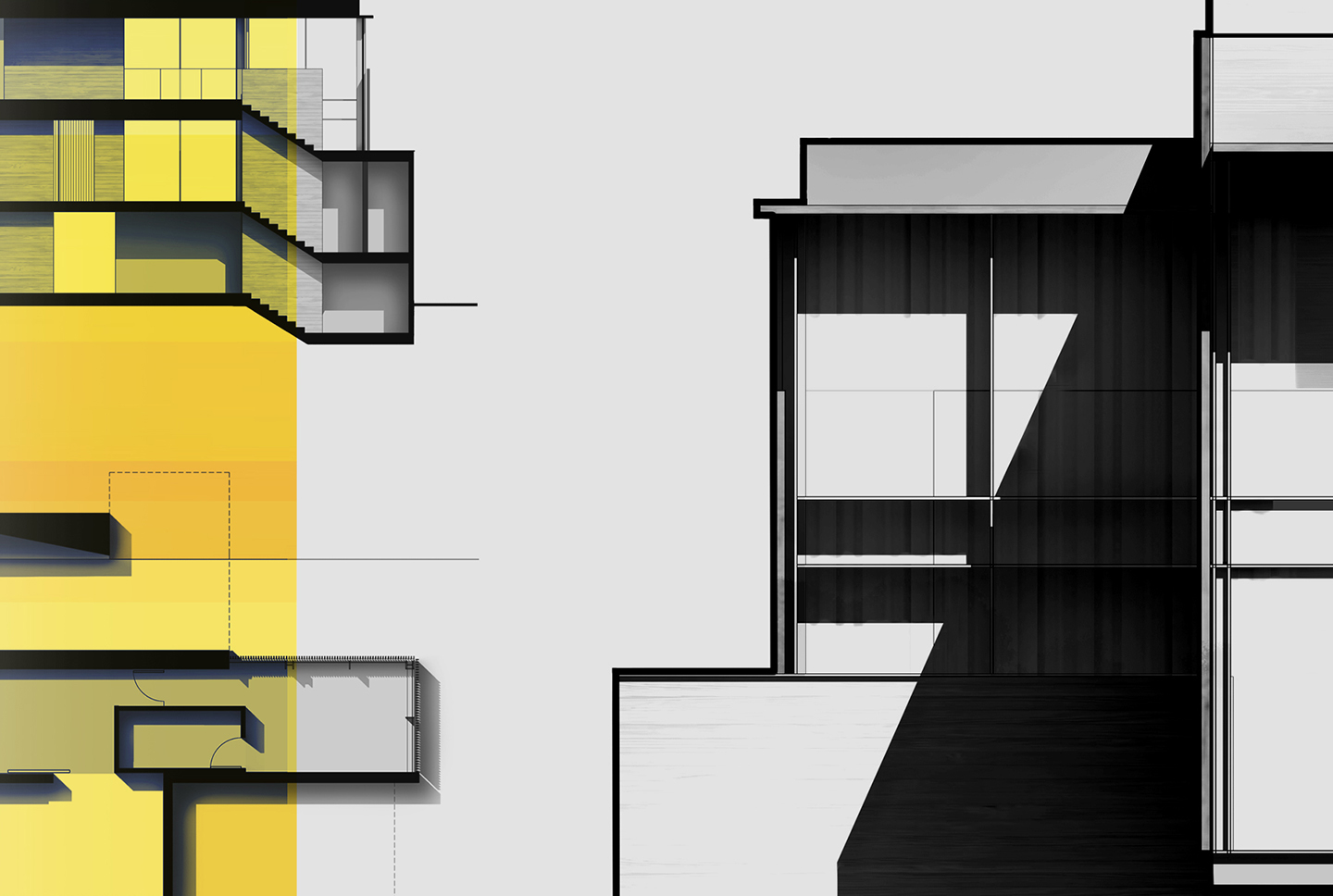 It’s rare to find an illustration on this site without some sort of grunge or sketch texture overlayed on top. However, with these latest spreads, less energy was put into textures and more into line weights and contrast. Since I am working to avoid using rendering engines for these spreads, getting floor plans, sections, and elevations to read clearly with depth means using line weights and SU shadows to my advantage. I like the look of thick profile lines that define the boundary of the imagery as well as the contrast created from sharp / dark shadows simply exported from Sketchup. These moves help to hide the “Sketchup look”. 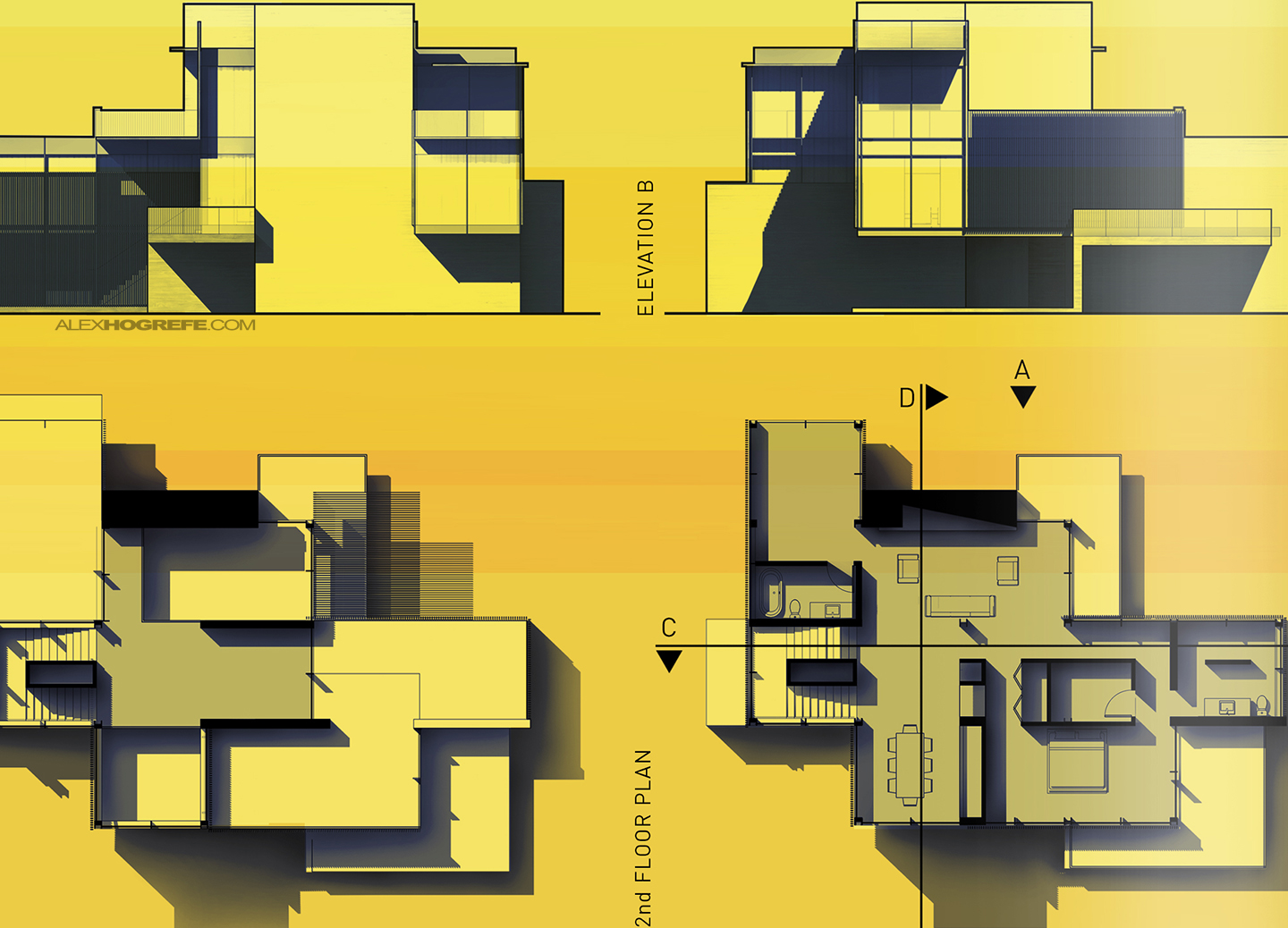 Finally, I took some screen shots of the grids I set up in each of the files.  Simple, clean layouts will reveal the smallest misalignments. Setting up grid systems allowed me to place each object and text in a location that had a relationship to something else. While not everything landed perfectly on the grid, the grid did help me to give proper and equal spacing to the imagery, align column grids, and find patterns in the geometry that aren’t instantly noticeable without the grid. The grid spacing was based on a few variables such as the number of images displayed on the pages, the “9 square cube” concept, and/or the rule of thirds.

I’m up to four spreads with this project. I still might put together a spread comprised of perspective vignettes similar to what is on the first page. It’s going to take some experimenting to get the interior shots to display like I am imagining in my head. More on this later.