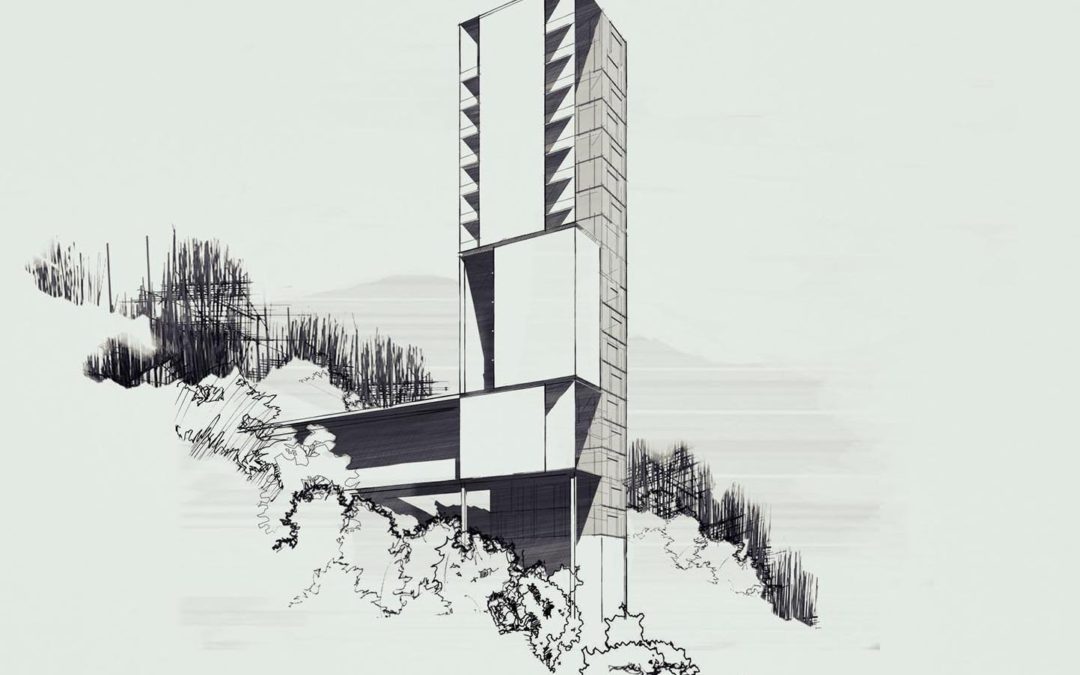 Below is a sneak peak of my next project that I will be illustrating over the next several months. As with all of my projects, I have tried to setup several scenarios that I am interested in visualizing. For this project, specifically, the overarching concept is of a taller structure rising out of the tree canopy. I have created a few tower structures within urban settings, but none in a predominately vegetated environment such as this. Another scenario that I want to explore is working with a heavily sloped ground plane, in this case, a mountain side. This brings with it options for camera angles and image compositions that I haven’t been able to explore with most of my other projects. I think this design will generate some exciting imagery and I can’t wait to dive more into the details. Also, if you have some thoughts on specific images that you want to see such as diagrams, sections, axons, styles, etc., leave me a note in the comments below. I have a couple of ideas that I am planning on pursuing, but I am also open for some new ideas.

The design itself will have a simple program. Half the lodge will be made up of stacked guest rooms, with the other half containing all of the amenities. The footprint on the ground will be minimal, and as with a lot of my projects, the landscape will flow in and out of the design creating living walls and green roofs. 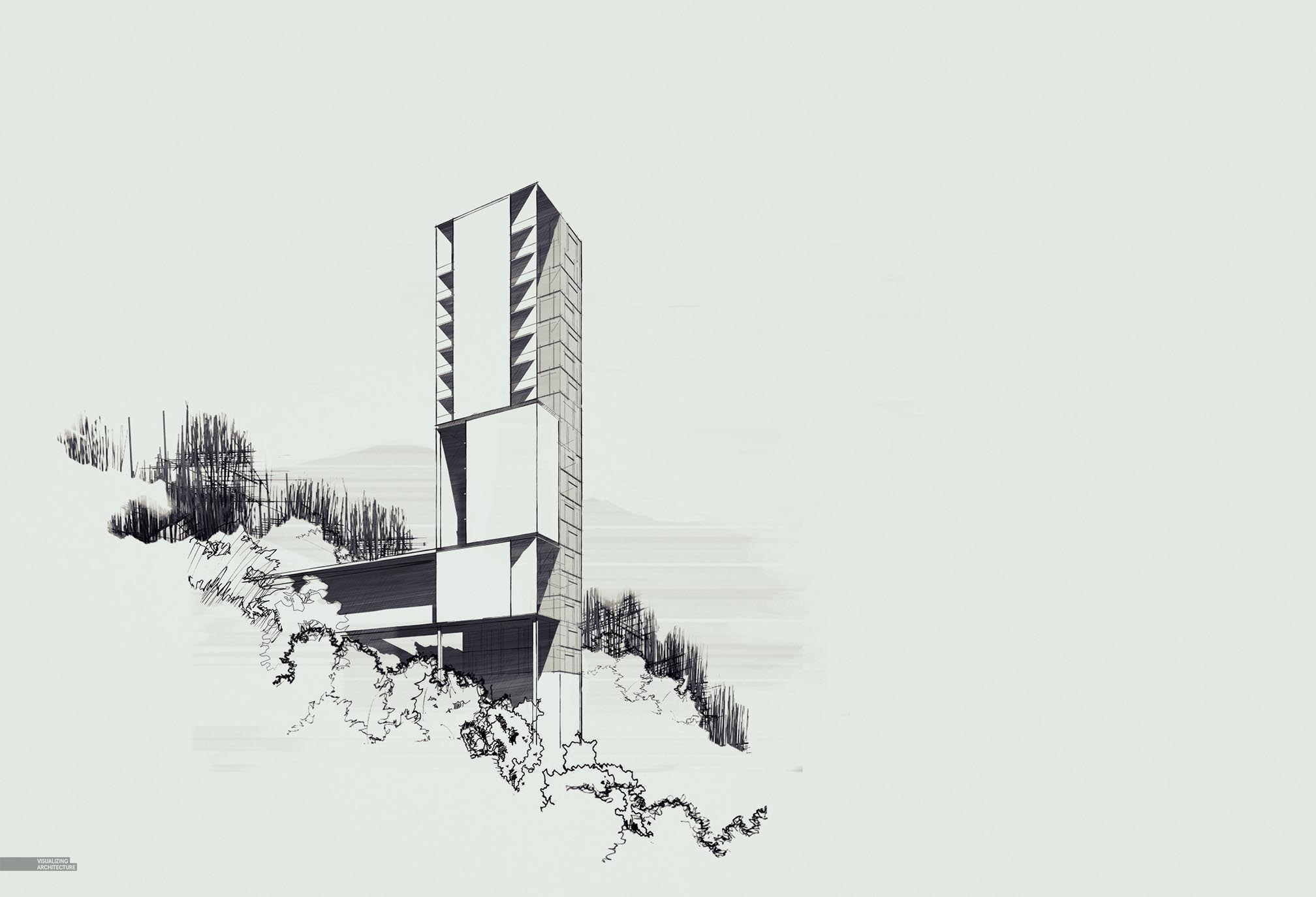 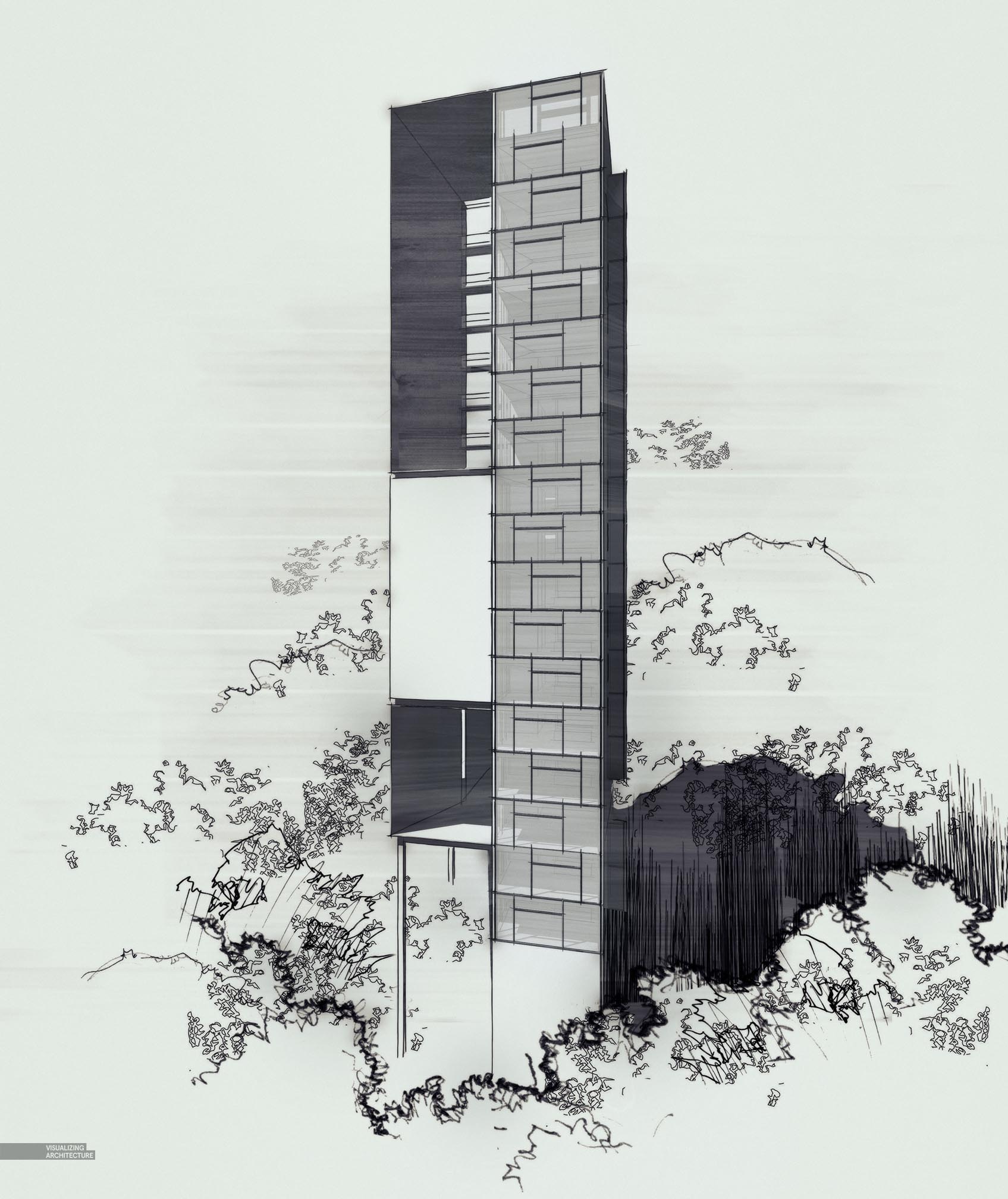 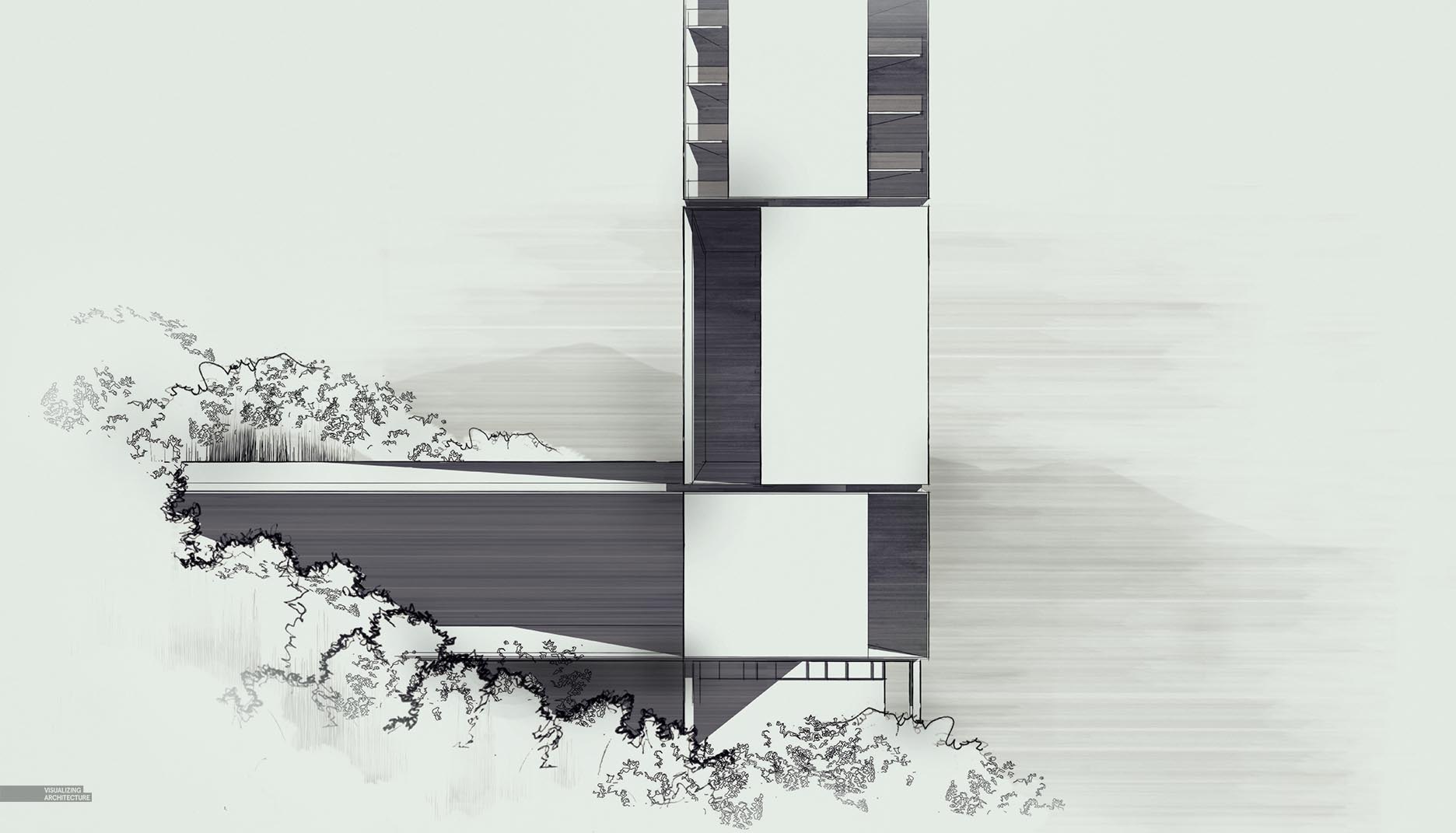 The images above were created using combinations of several Sketchup line work and shadow exports and then some textures overlaid in Photoshop. The process was pretty similar to my sketchy images found in this post.