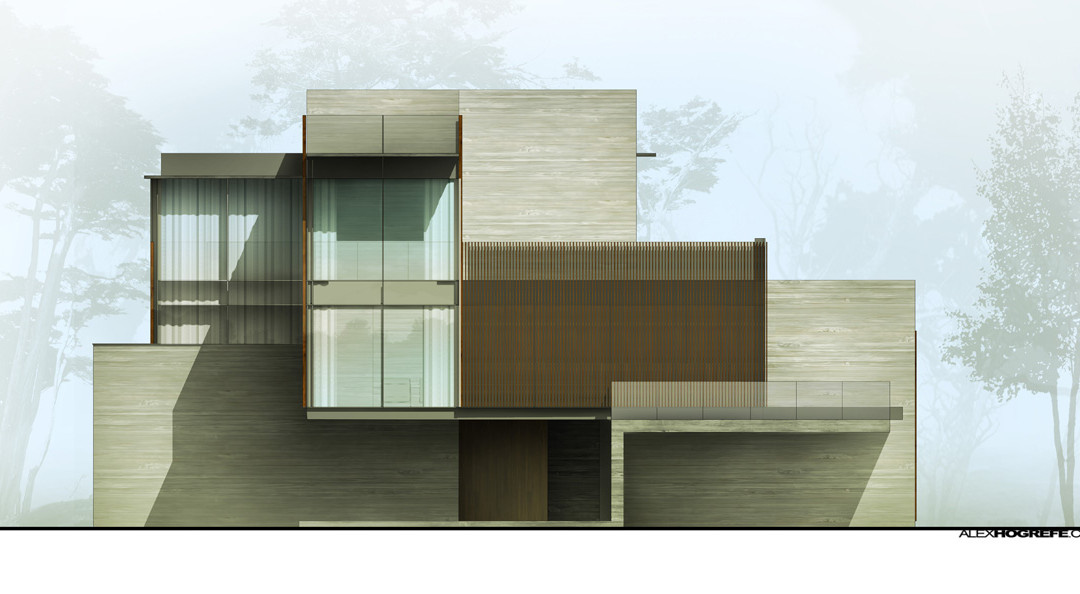 2. The next step was to take the shadows layer and began using the burn tool to create depth in the image. Like I mentioned above, I created a video tutorial a while ago that more clearly explains how this process works. To summarize, I selected individual areas of the shadow with the polygonal tool (you could also turn on the line work layer and use that layer to make selections with the “Magic Wand Tool”). With a selection in place, choose the “Burn Tool” and set the “Range” to “Midtones.” Then, using a soft brush with 0% hardness, begin burning the shadow with the darkest areas closest to the object that is casting the shadow. The shadow should get lighter in tone as it moves further from the object casting the shadow. Another way to look at it is to burn a darker shadow wherever you see corners or where there is a change in depth. 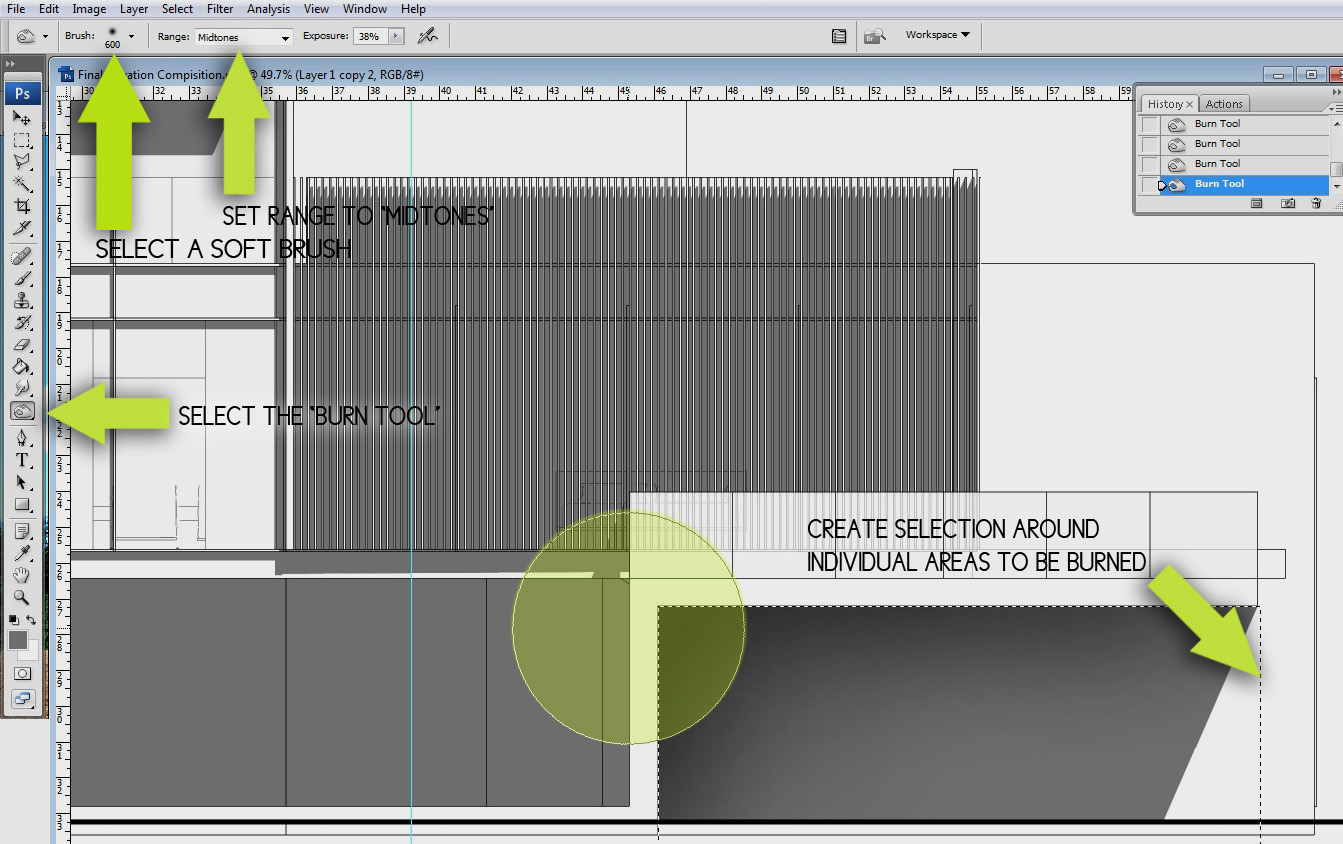 You can see in the comparison below that the before and after shows a dramatic change in the quality of shadow. Even without the textures and background, there is a much clearer reading of the geometry.

I also did a quick comparison between the two different shadow options with the textures and background elements inserted. Again, there is much more depth and 3-dimensionality just by spending a little time with the burn tool.

3. After the burning was complete, I selected the texture layer and cut out the background using the “Polygonal Tool” then quickly dropped in some blue tone and faded out trees. Each elevation took about 2 hours to put together. The shadow burning, textures, and background elements took no time at all. Most of my time was actually spent experimenting with the glass. I have yet to come up with a good look for glass in exterior elevations. I ultimately chose to add a small reflection and curtains along with a slight blue tint.  I will have to revisit this area later on with a better solution.