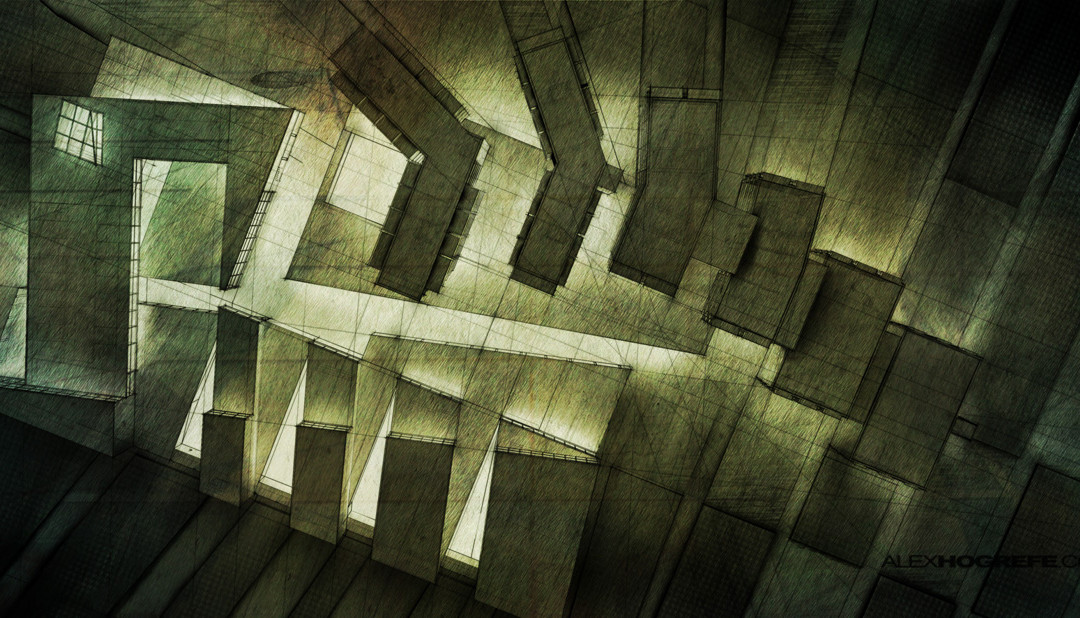 I’m getting ready to head to Savannah, GA (flying out tonight actually) for a week, which doesn’t leave much time for this latest post. I spent this afternoon creating a night scene illustration using a really simple Kerkythea base image. At first, the goal was to make the illustration look like a graphite drawing like the images in this post a few months back. However, I quickly became board of that and started adding color. The original Kerkythea night rendering was lacking definition in some areas, so I rendered a daytime view to combine with the night rendering. Once I did this and dropped it into Photoshop, I turned off the night rendering layer and noticed the daytime image with all of the grunge textures applied to it didn’t look half bad, hence why I posted both a daytime and nighttime rendering. With that said, I’m off to sandy beaches and beautiful Savannah architecture. See everyone in a week!

Above, line work exported from Sketchup.