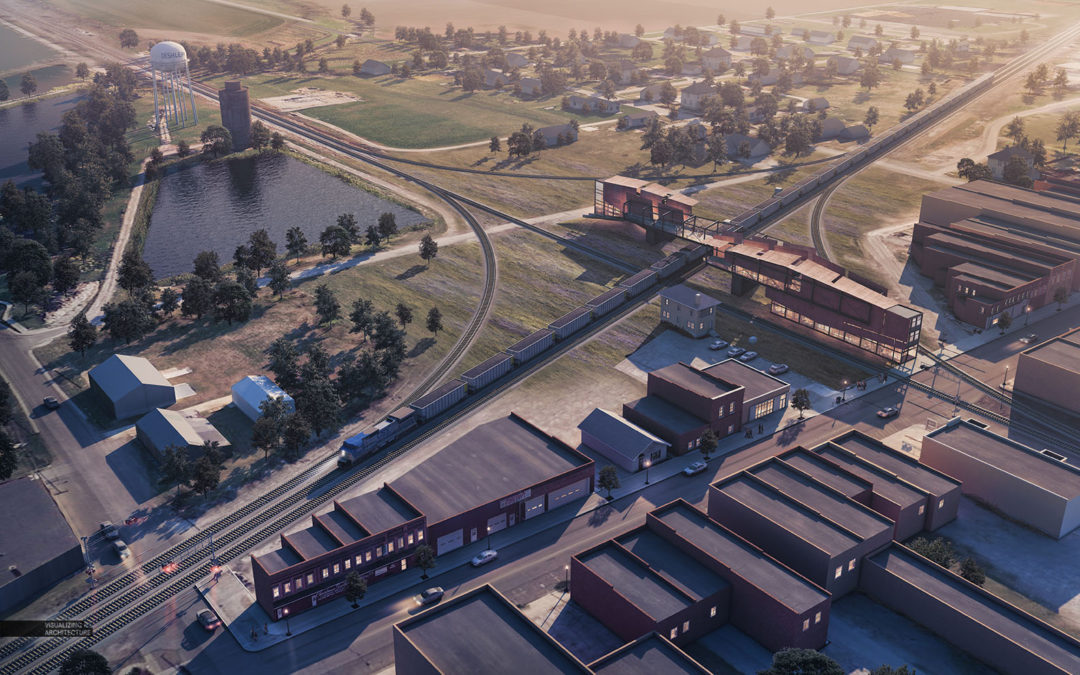 There are still some areas of Portfolio Vol. 4 that are missing information. One image that I just finished creating is an aerial of the train pavilion project that better shows the relationship of the new architecture to the iconic town water tower.  I have several diagrams describing the relationship but no realistic imagery showing what the actual tower looks like. I figured an aerial rendering could help tie together the many different pieces of the project described in earlier pages of the portfolio. 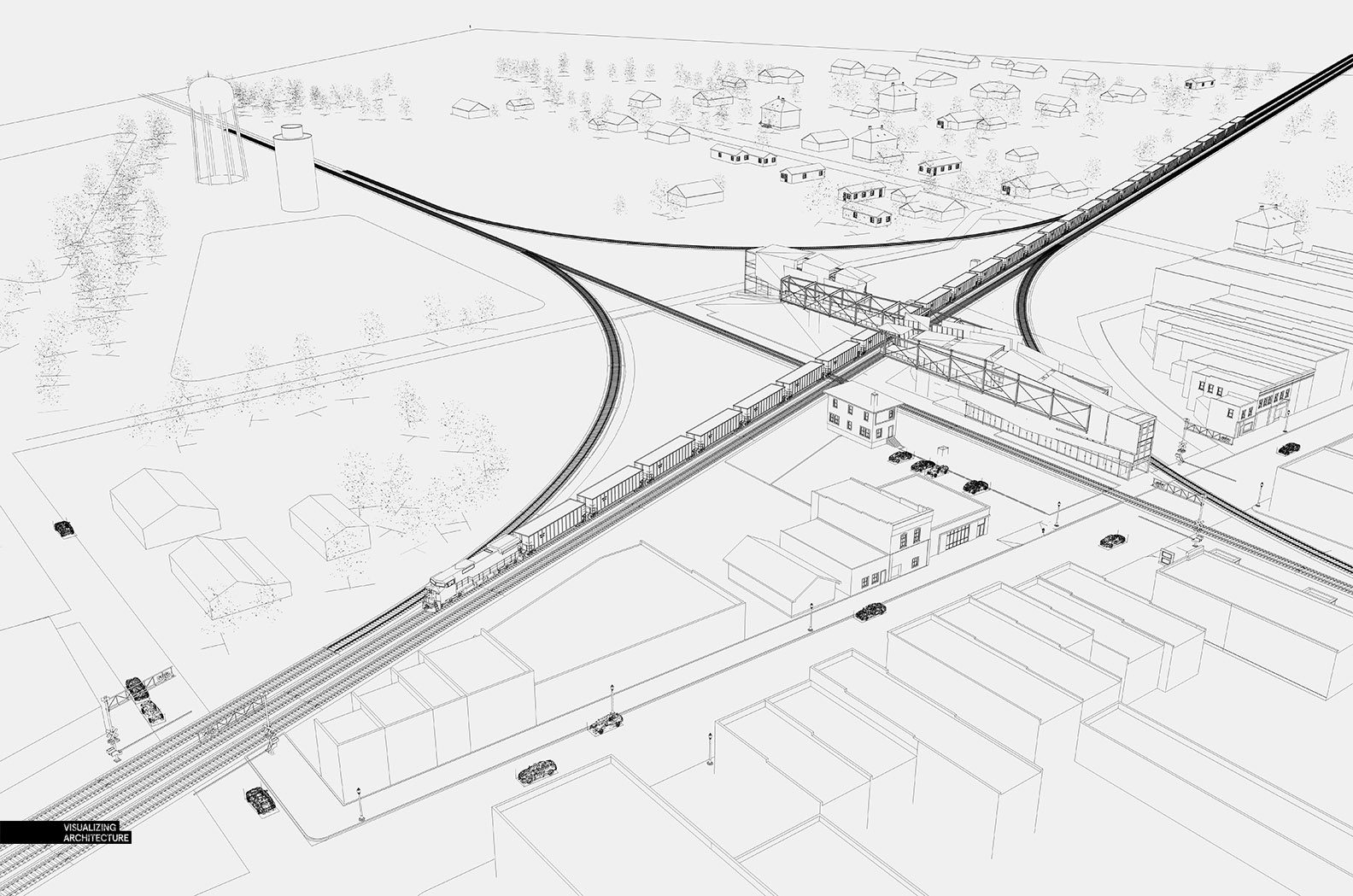 Images like this are difficult because there are so many different elements involved in large quantities: Lots of buildings, trees, cars, ground plane textures, etc. Luckily, I had much of the town already modeled from previous renderings. However, I still needed to model some houses in the distance and add proxy trees and cars. If you are not familiar with proxies, they are a way for V-Ray to render heavy meshes like cars and trees without actually placing these high poly objects in the Sketchup model. Instead, only a simplified low poly wire frame placeholder of the object is used in the Sketchup model. This means you can load hundreds of trees and cars without ballooning up your model size or using up all of your ram during the render process. 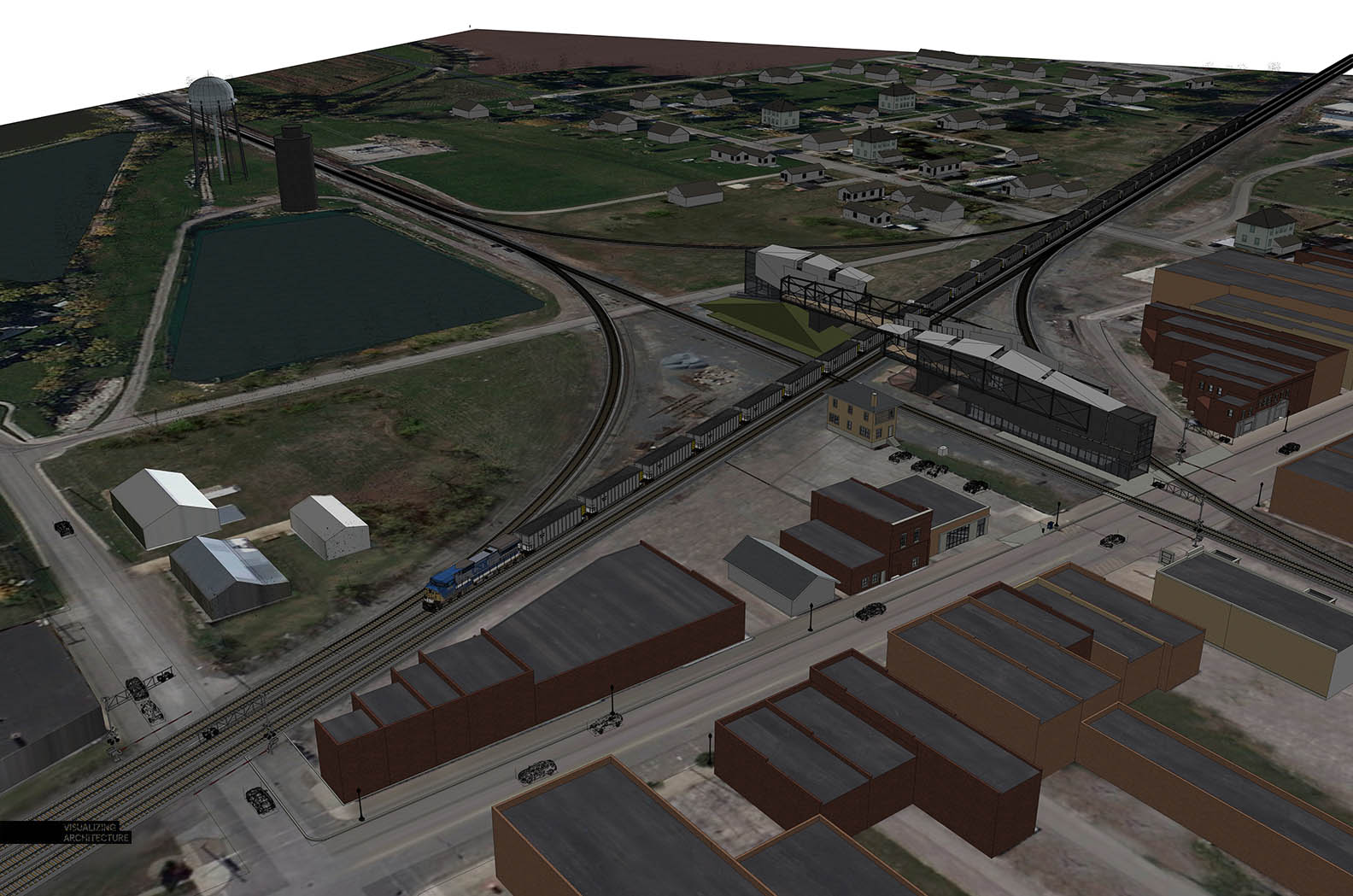 Above: Sketchup Model with Textures 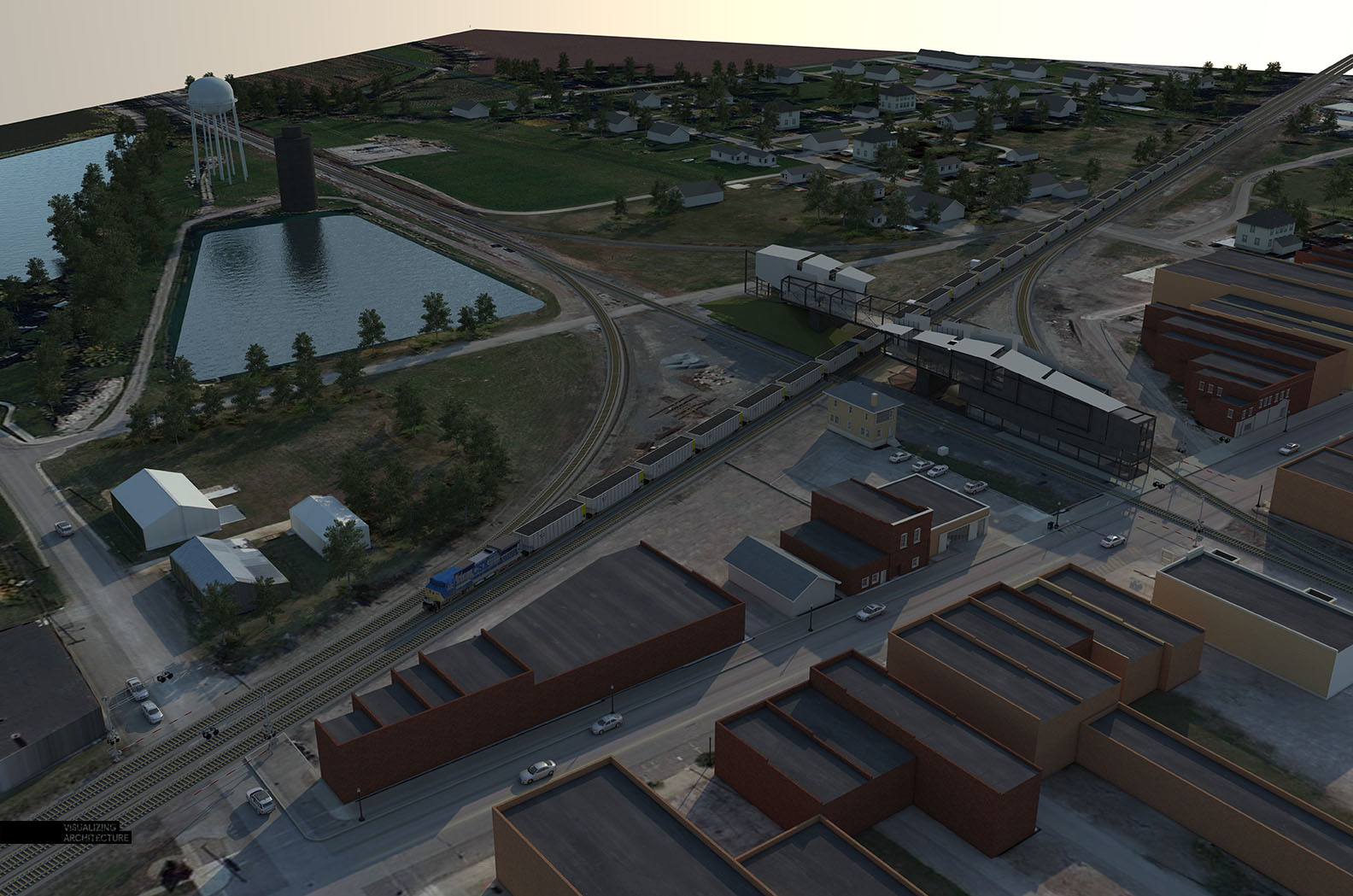 Above: V-Ray Base Rendering

The V-Ray base rendering still has a lot of things that need to be cleaned up in Photoshop, but I at least have a good start in terms of trees and context buildings. Trying to Photoshop in all of this stuff would have been doable, but would have take a ton of time and would not have been as accurate or clean. 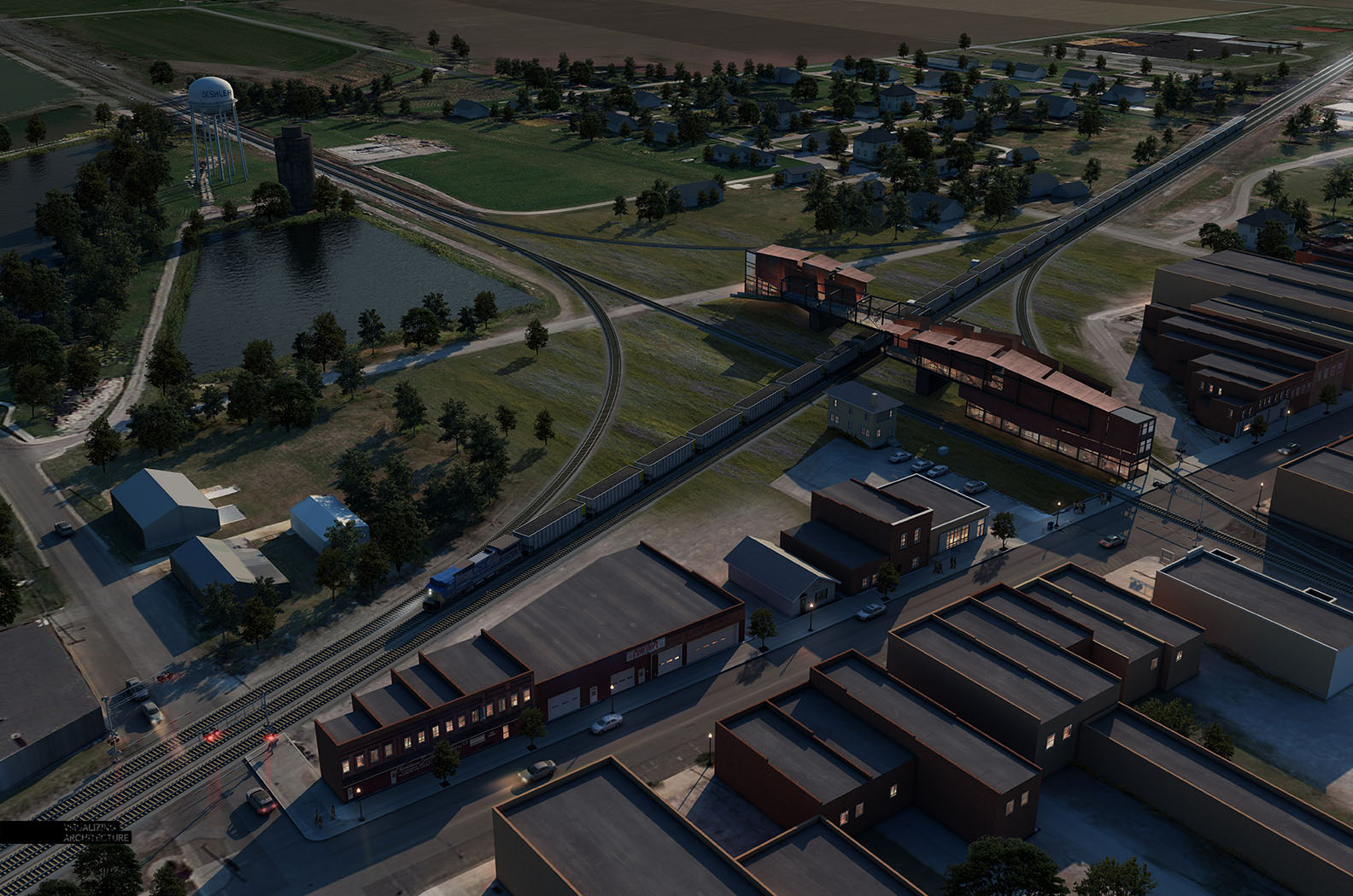 Initial Photoshop over base rendering

Once in Photoshop, I first worked on the landscape adding some more trees, wild grasses around the site, and adjusting the tone and reflections of the reservoirs. I then moved to working on the context buildings, bringing in facade details to the main street buildings, adding textures to the train pavilion, and lighting up the buildings. Finally, I added details like people, crossing lights, water tower text, and other misc. adjustments. 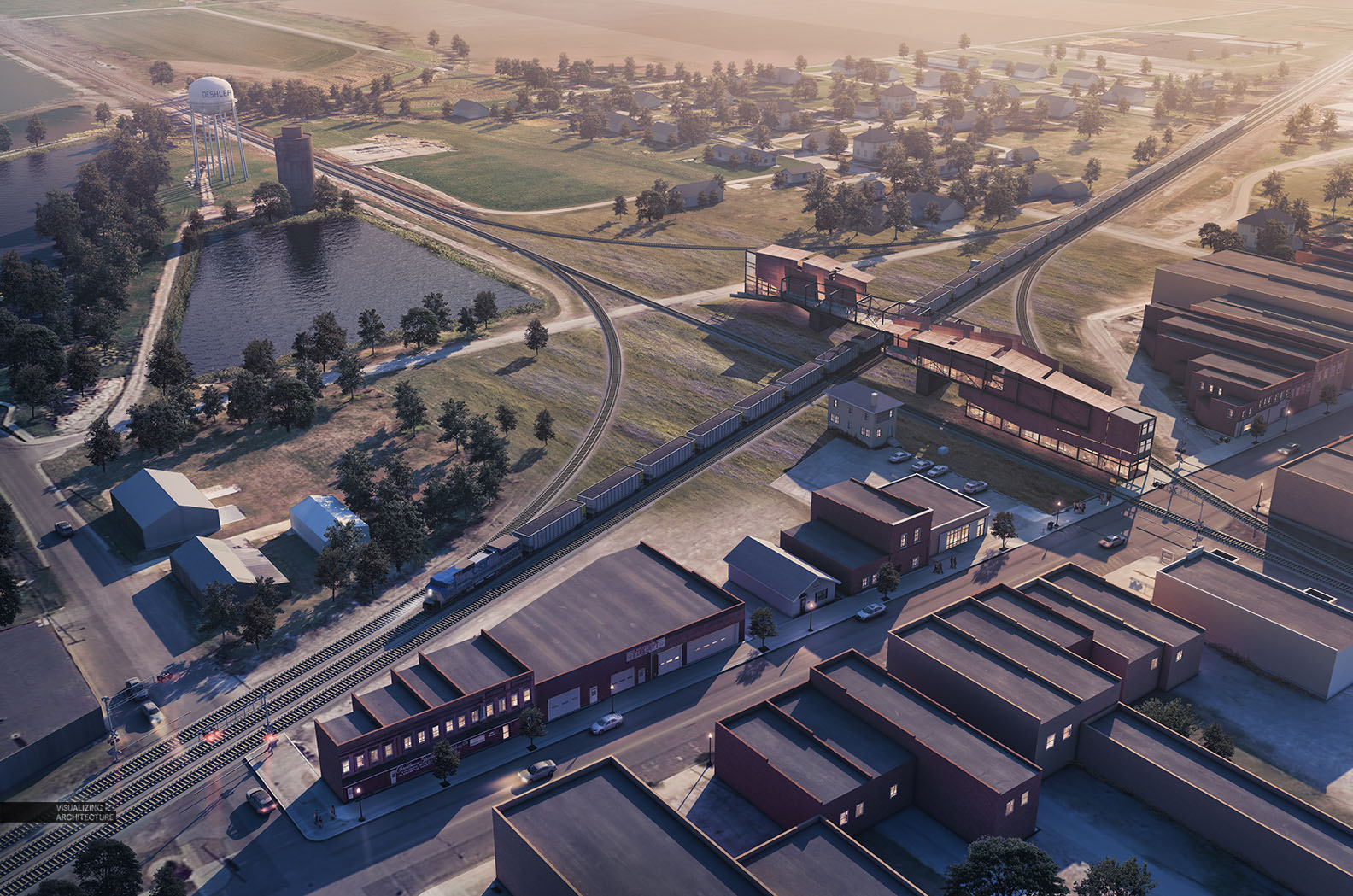 I kept the color adjustments simple with a slight atmospheric haze in the distance, some yellow and blue color overlays, and some toning and detail adjustments made in Topaz Labs. 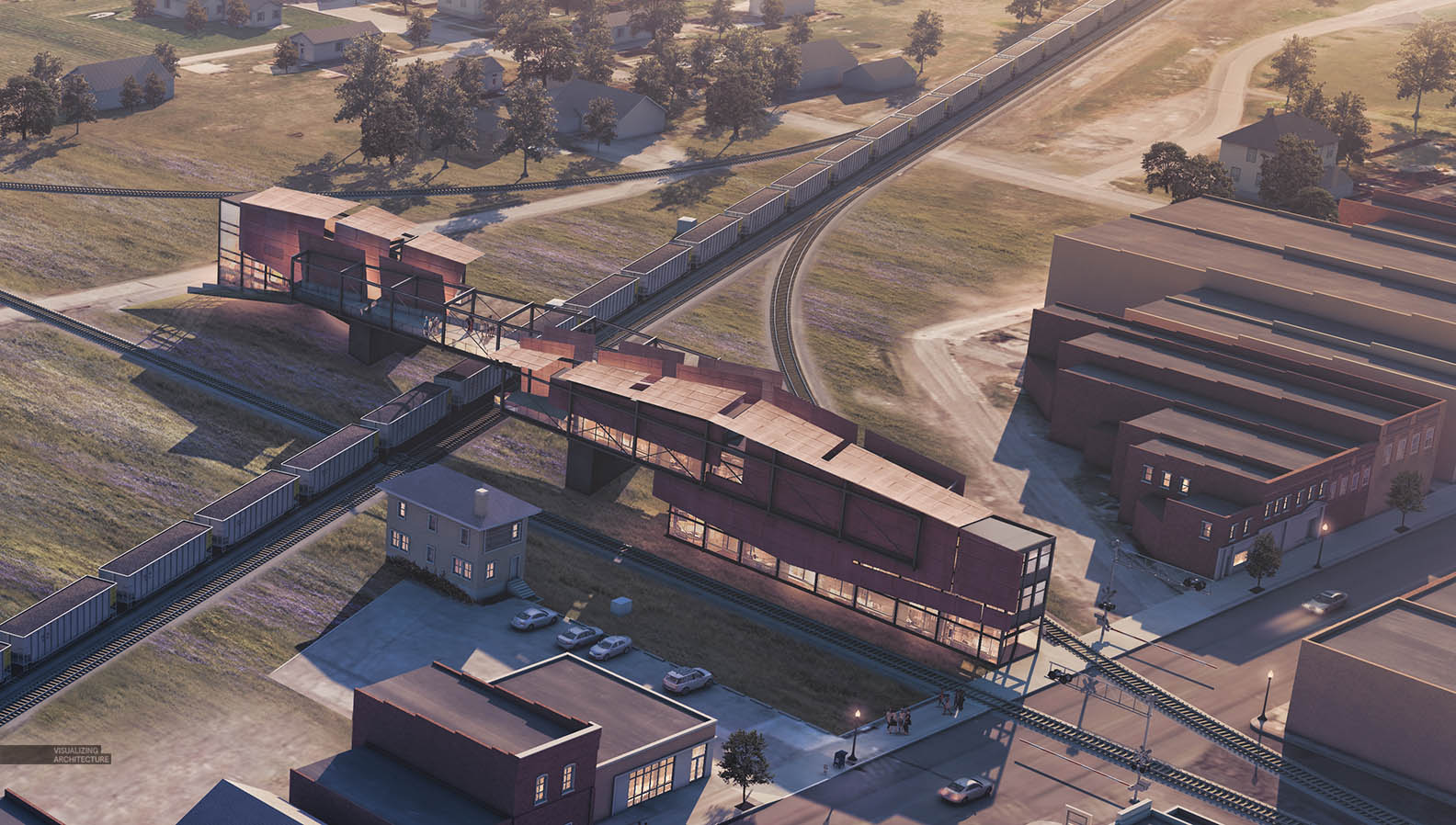 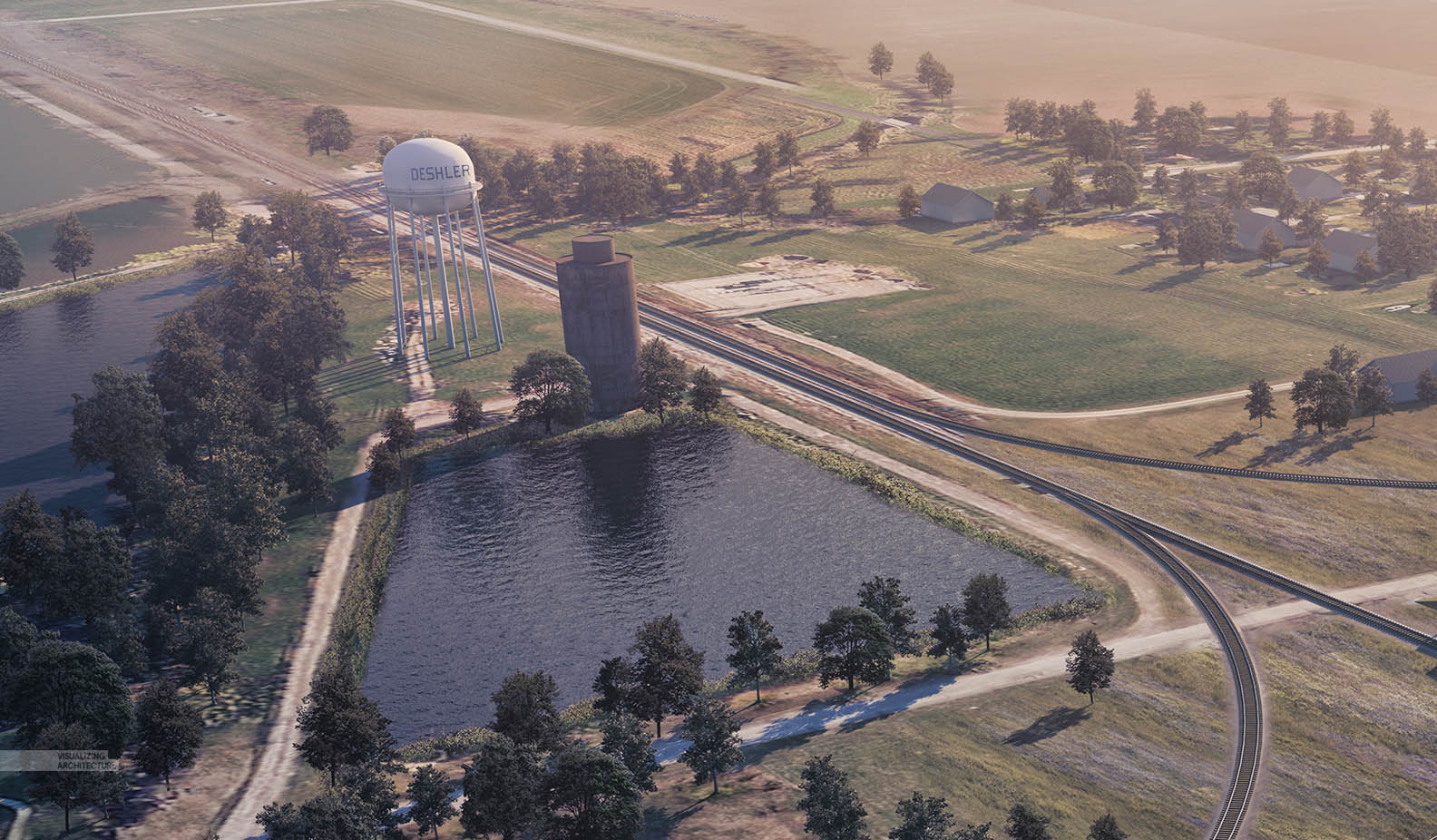 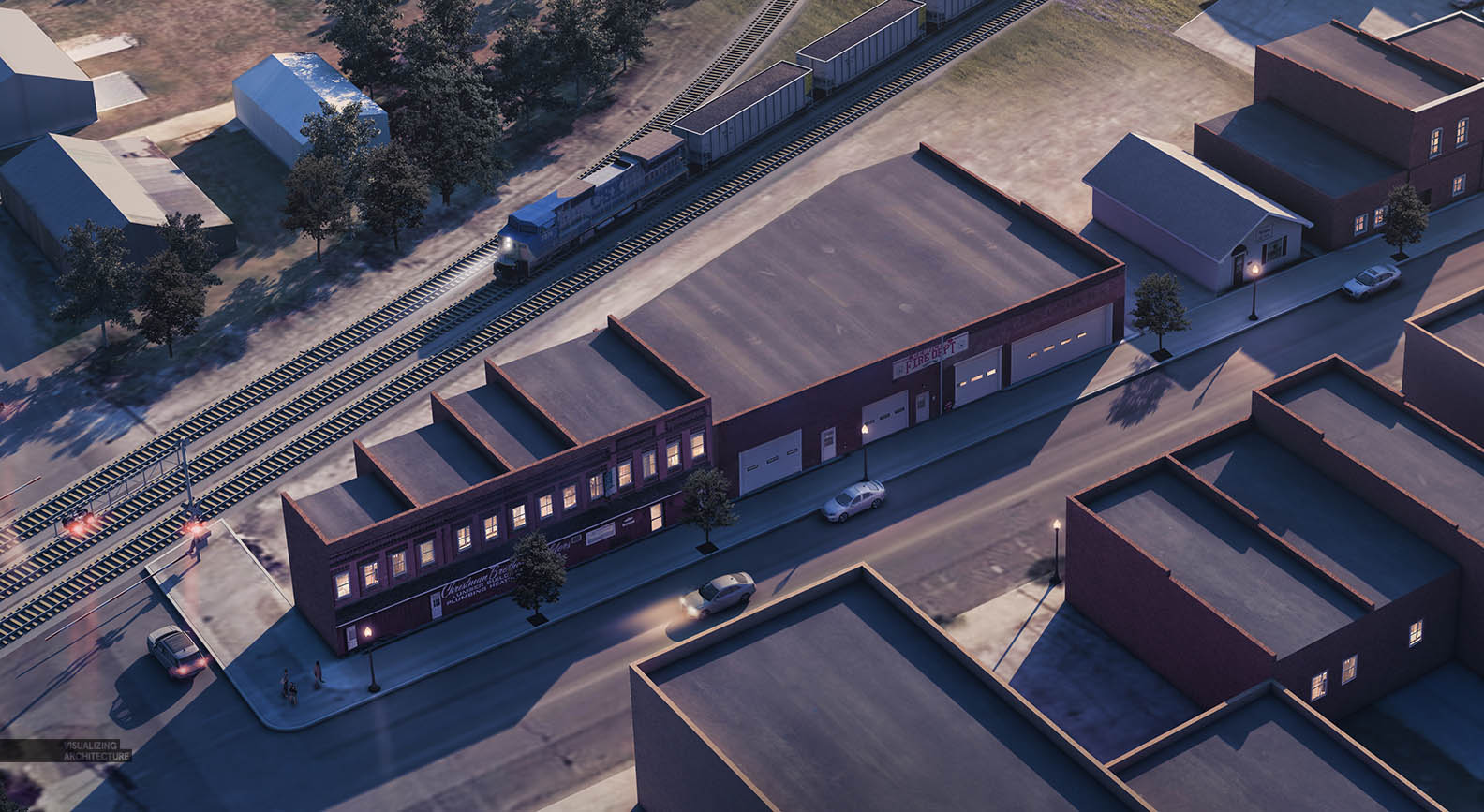 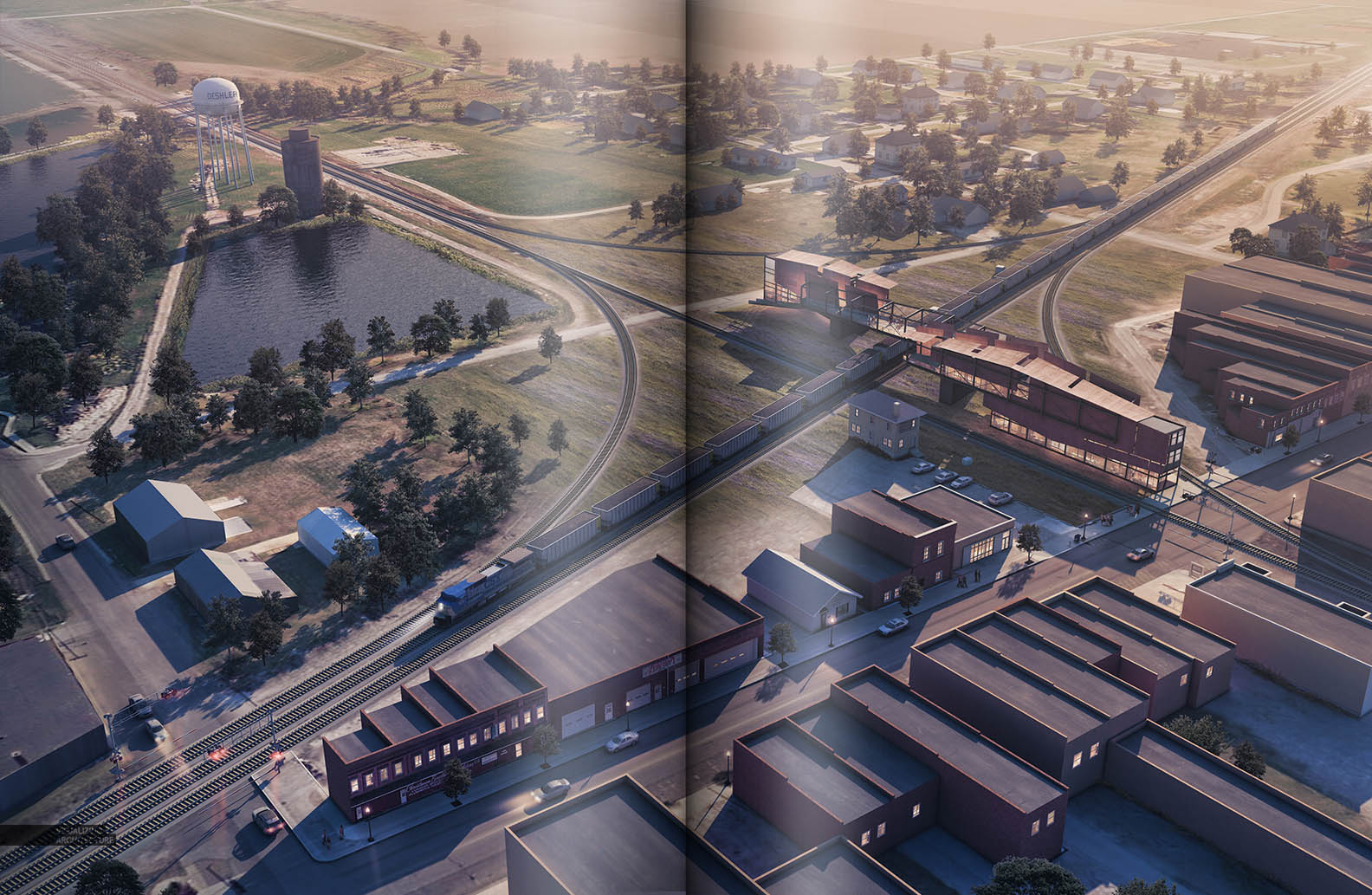 Some final notes, I chose the view based on where the fold of the spread would have minimal impact. Since the image is an aerial and all of the detail is so small, I had to make sure the view was designed in such a way that none of the important information was getting lost in the fold. I also rendered everything at a higher resolution than normal (6,500 px wide) so that the detail remains sharp as viewers get close to the page. This meant a very large Photoshop file of over 3.5 GBs though still easily manageable on my laptop.