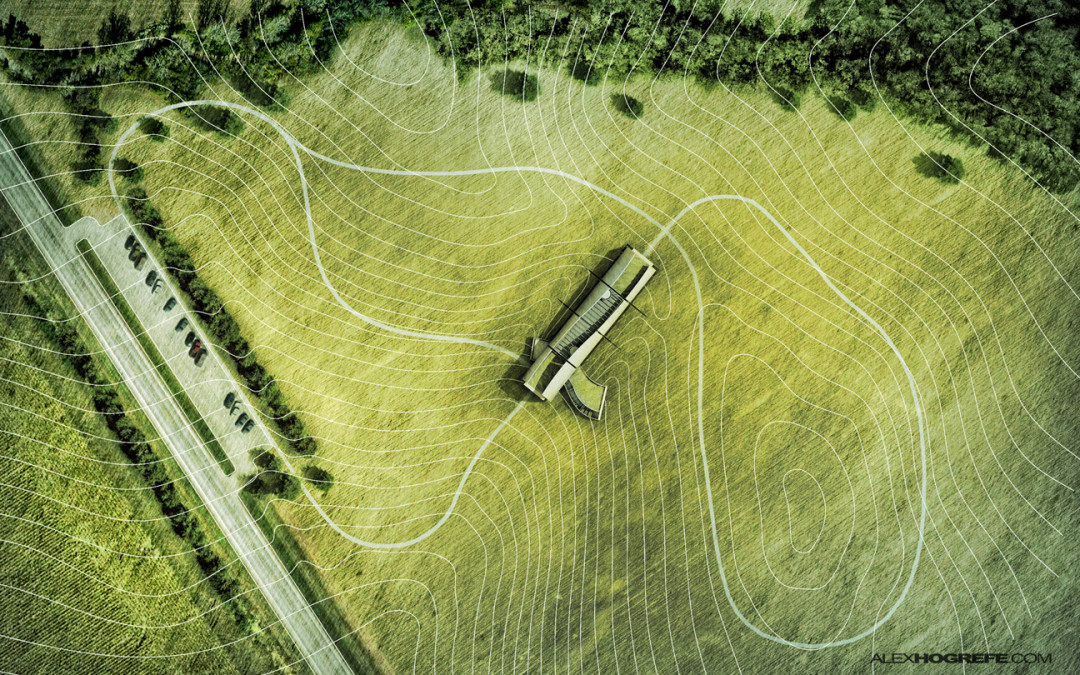 I put some more time into project portfolio upgrade continuing to develop the visitor center pages. The above sheets are a first pass at the layout and will serve as an introduction to the design and concept. Since the relationship to the landscape is such a crucial part of the design, I wanted the look to be bold and stand out in the opening pages. This meant desaturating the facing page and really playing up the color and texture of the site plan itself. Since the original project was designed so long ago,  I had lost most of the information and therefore I had no idea where the exact location of the site was. All I had was an image of one of my old presentation boards. To get around this problem, I took snippets of satellite imagery and combined them together to create the final composition. 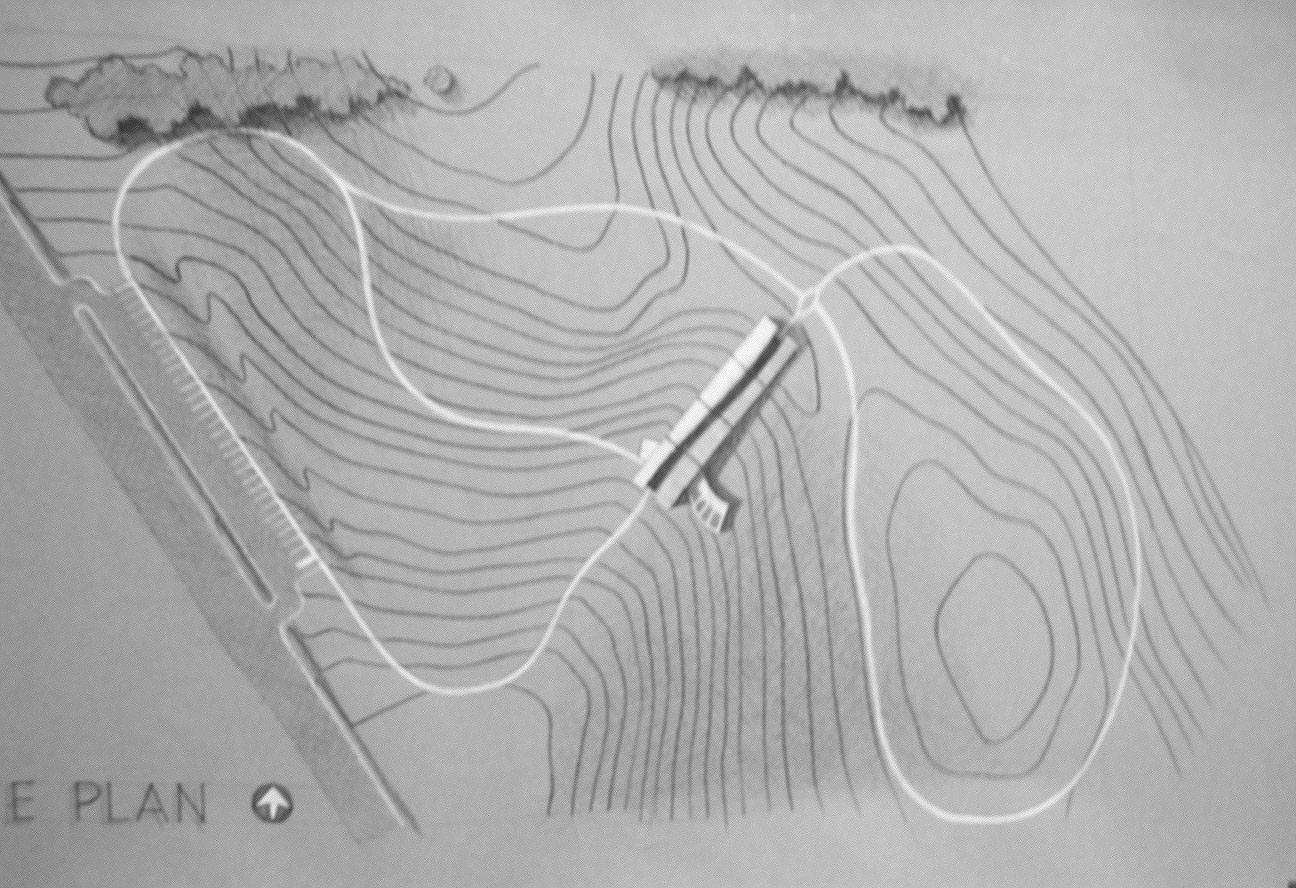 Above is the  hand drawn site plan from the original project. I began by importing the image into AutoCAD and scaling it to the proper size. I then traced the topo lines and exported the line work as a PDF. This gave me a scaled base to work from in Photoshop. 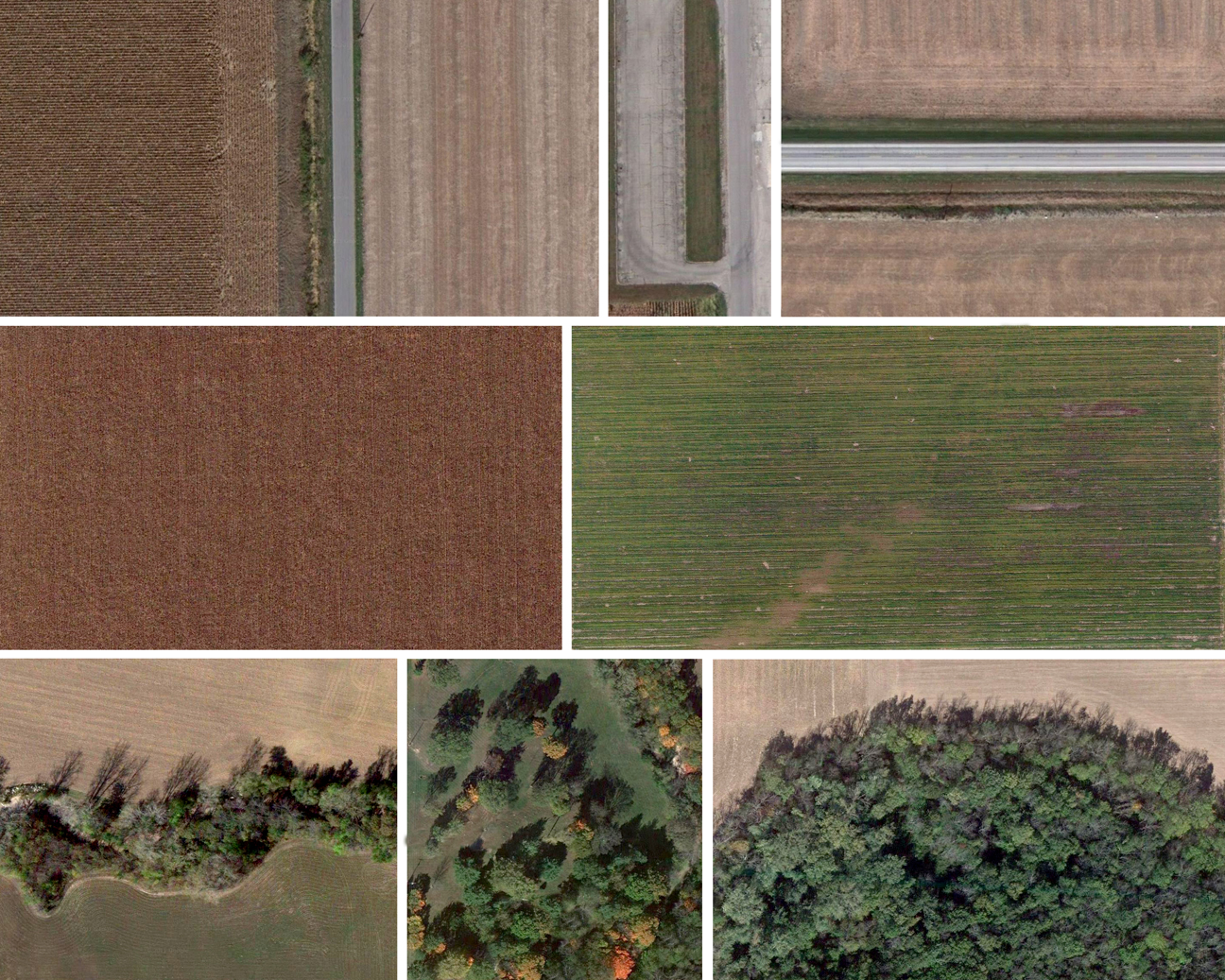 I needed some textures and trees and the easiest way for me to find these was to take screen shots of satellite maps. In a matter of minutes, I had a good collection going. Above are the textures that I used in the final composition. 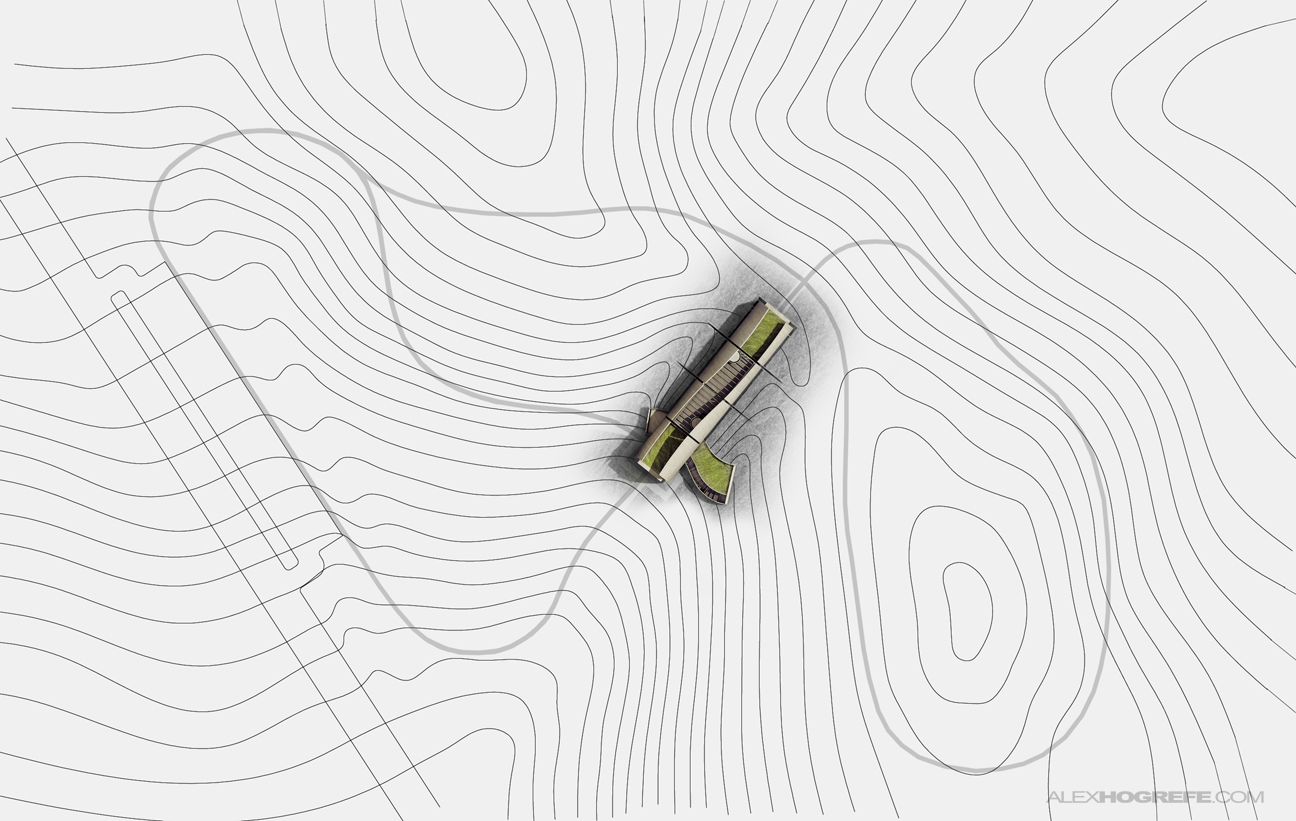 As mentioned above, I began with a PDF of the AutoCAD exported line work. I also used the rendered roof plan from the previous page for the visitor center building. 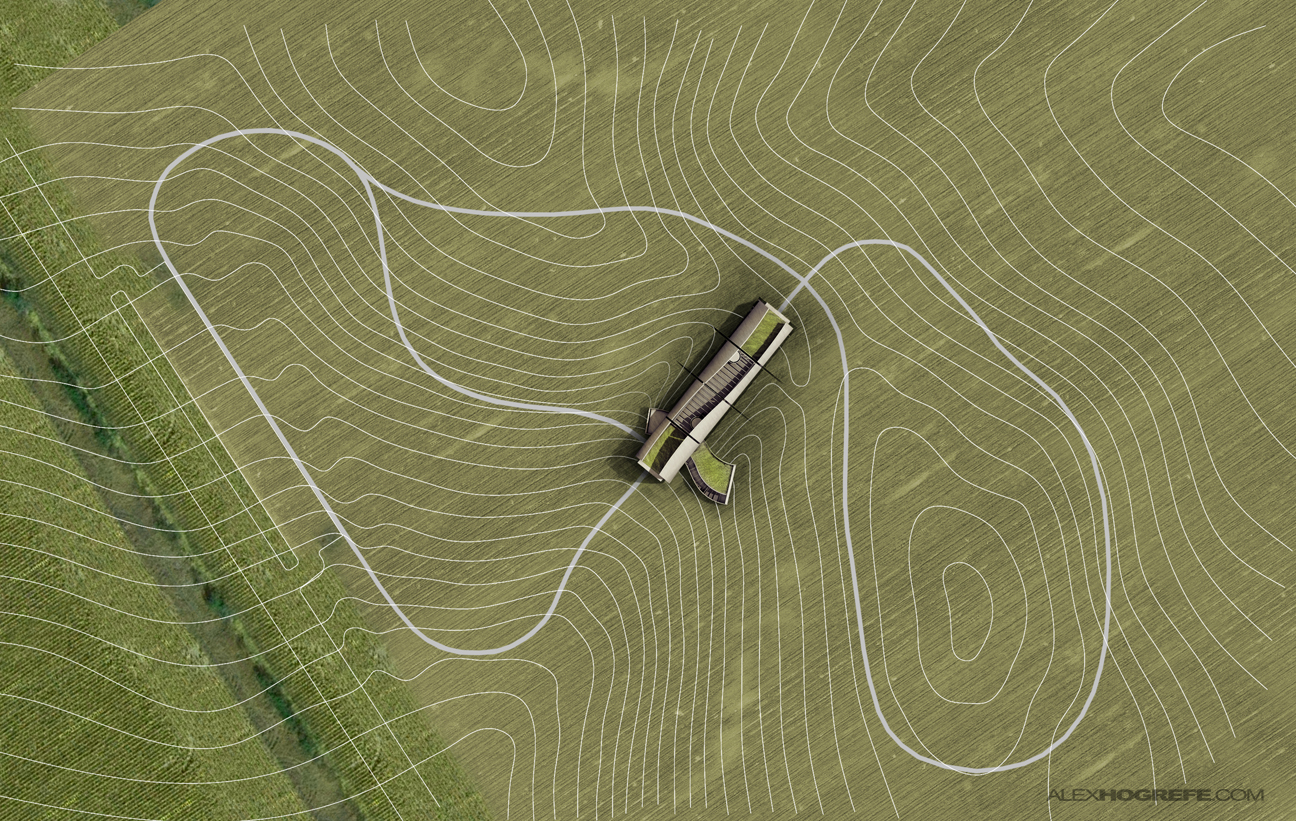 I next started to overlay field textures. The satellite images had lots of brown and red tones. I fixed this by adjusting the Hue and “colorizing” the images. I also inverted the topo lines to give them more contrast with the ground. 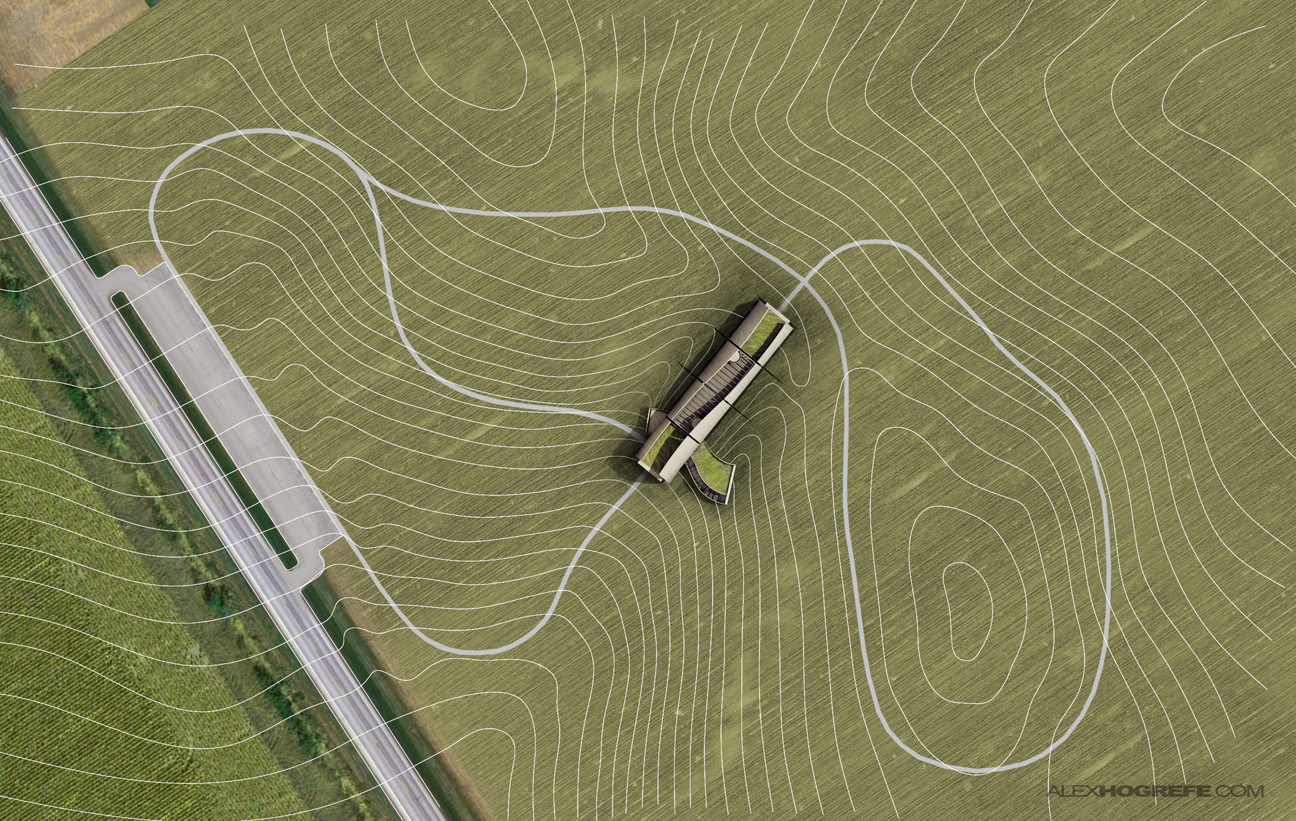 The roads came next. 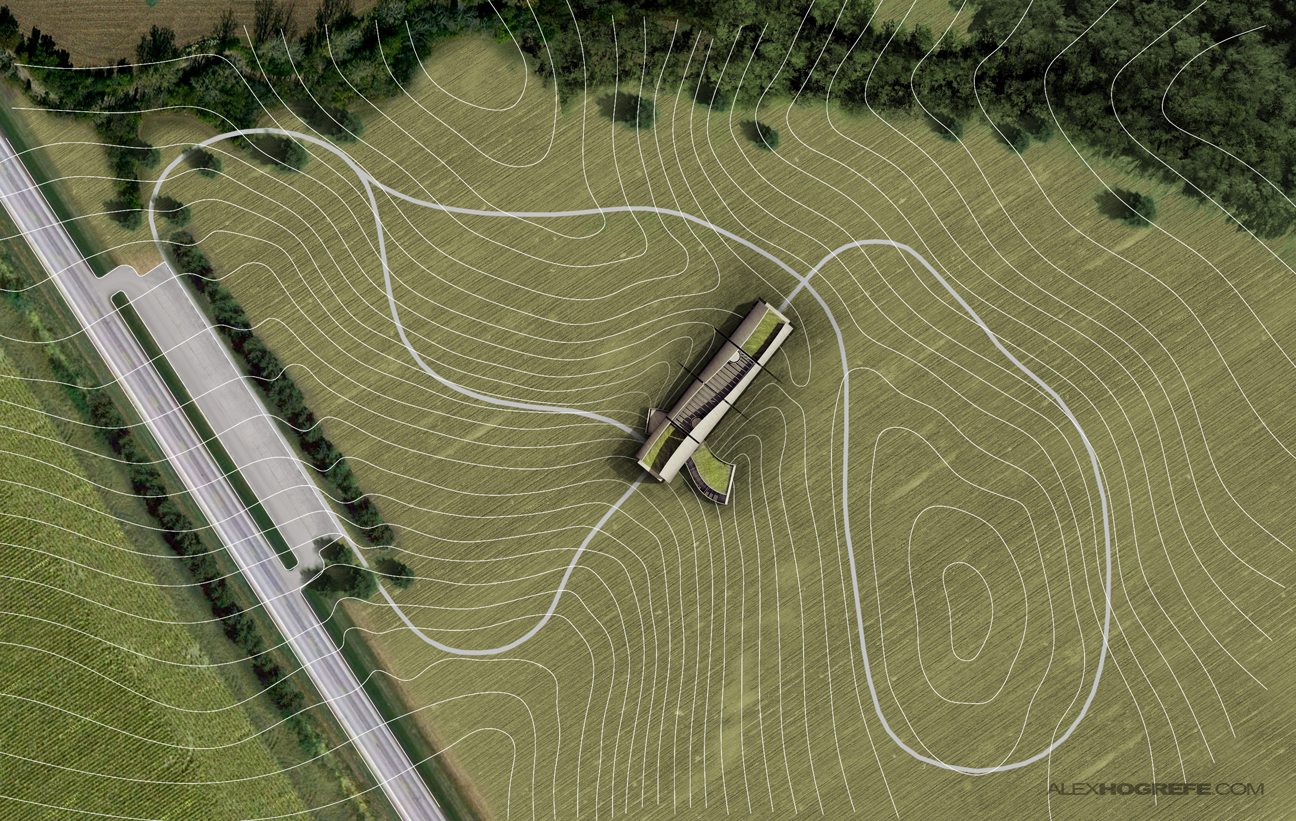 Then came the trees. I spent very little time actually cutting them out. Since the trees are typically darker than the ground, I just set the layer blend mode to “darken”. 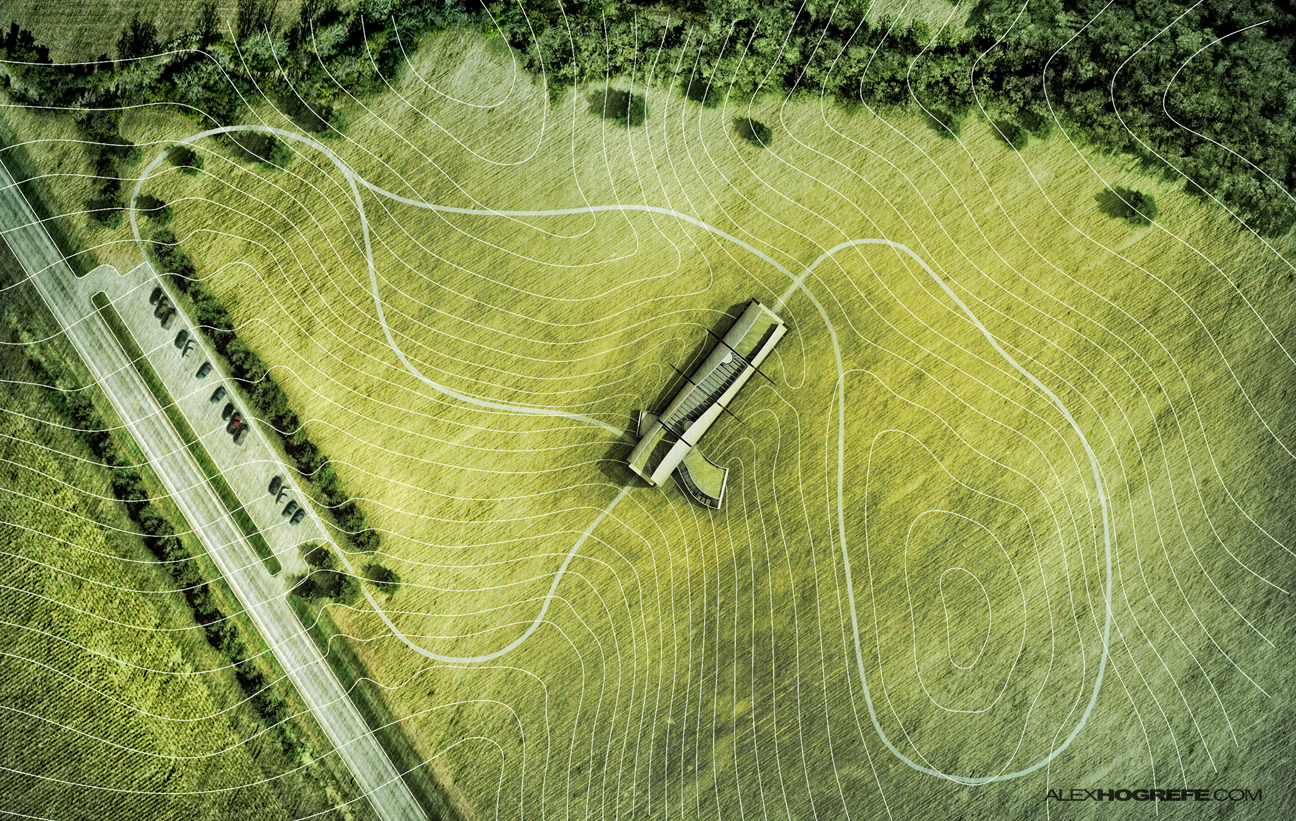 Finally, I did some color correcting and added shadows to play up the topography.

Below are where things stand at this point. I have three pages started which all still need some tweaking. I am planning two more spreads. One for diagrams and the other for interior/exterior illustrations. More on this later.