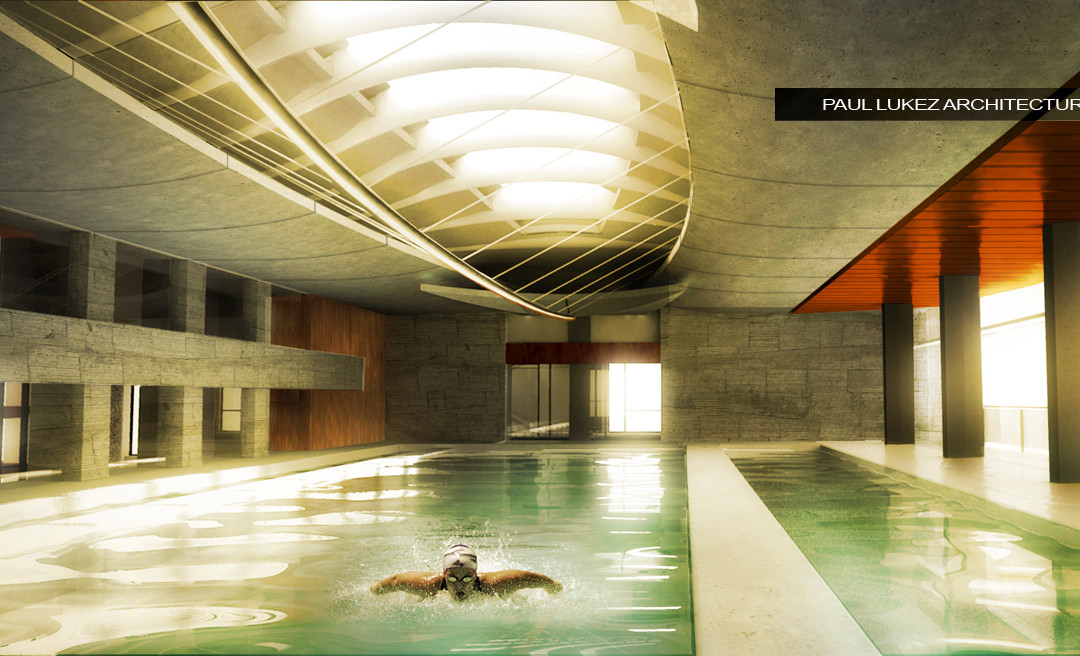 While these videos aren’t full on tutorials, they still walk through the my work flow of creating this illustration. As you will see, 90% of my time was spent in Photoshop.

Part 1 looks at applying textures. I used the Sketchup model rendered with Kerkythea as a base image. The Kerkythea rendering probably took about an hour to set up and 20 minutes to rendering. The entire rendering from beginning to end including Photoshop post processing took about 6 hours to create.

The illustration was created for Paul Lukez Architecture and represents an interior view of the Jindu Pavilion.

Part II looks at the pool waves and reflections, as well the full creation of a reflective surface such as the copper ceiling with only Photoshop.

Finally, part III uses some techniques to add warmth and drama to the image. Like the other videos, these last few steps give the digital illustration a “painterly” look. The extent to which each step is used is subject to personal preference and can be controlled simply by adjusting the opacity of each layer. 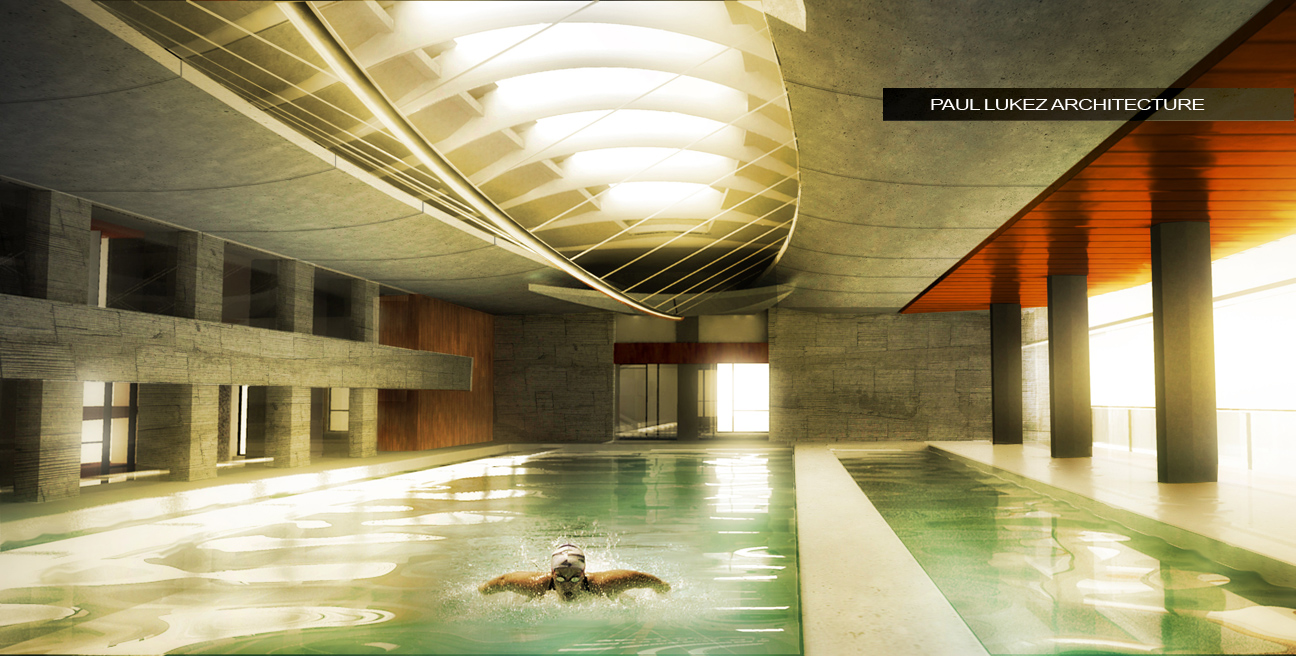