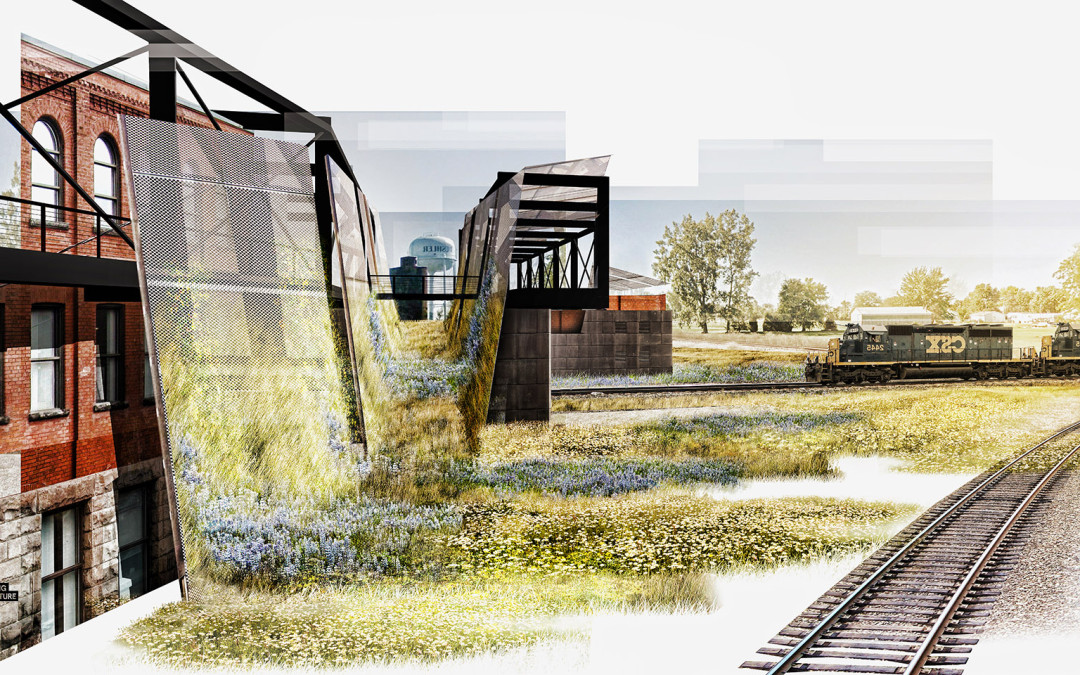 I was in need of some purely right brain thinking so I decided to skip modeling and V-Ray altogether and see what I could turn out with a half baked Sketchup model and some Photoshop. This meant generating a collage style illustration. These types of illustrations are great for speed but also for informal presentations where broad ideas and atmosphere are the focus and less about the details. Post processing is typically much looser and maintaining proper perspective is unnecessary. Instead, compositions are more playful and there are almost no rules. For this image, I saw it as a way to flesh out some ideas that I had about landscape and building materials. I didn’t have time to refine the 3d model so a collage allowed me to quickly throw some ideas around and see what worked. You will notice that in the end, very little of the original Sketchup model base image was still showing. 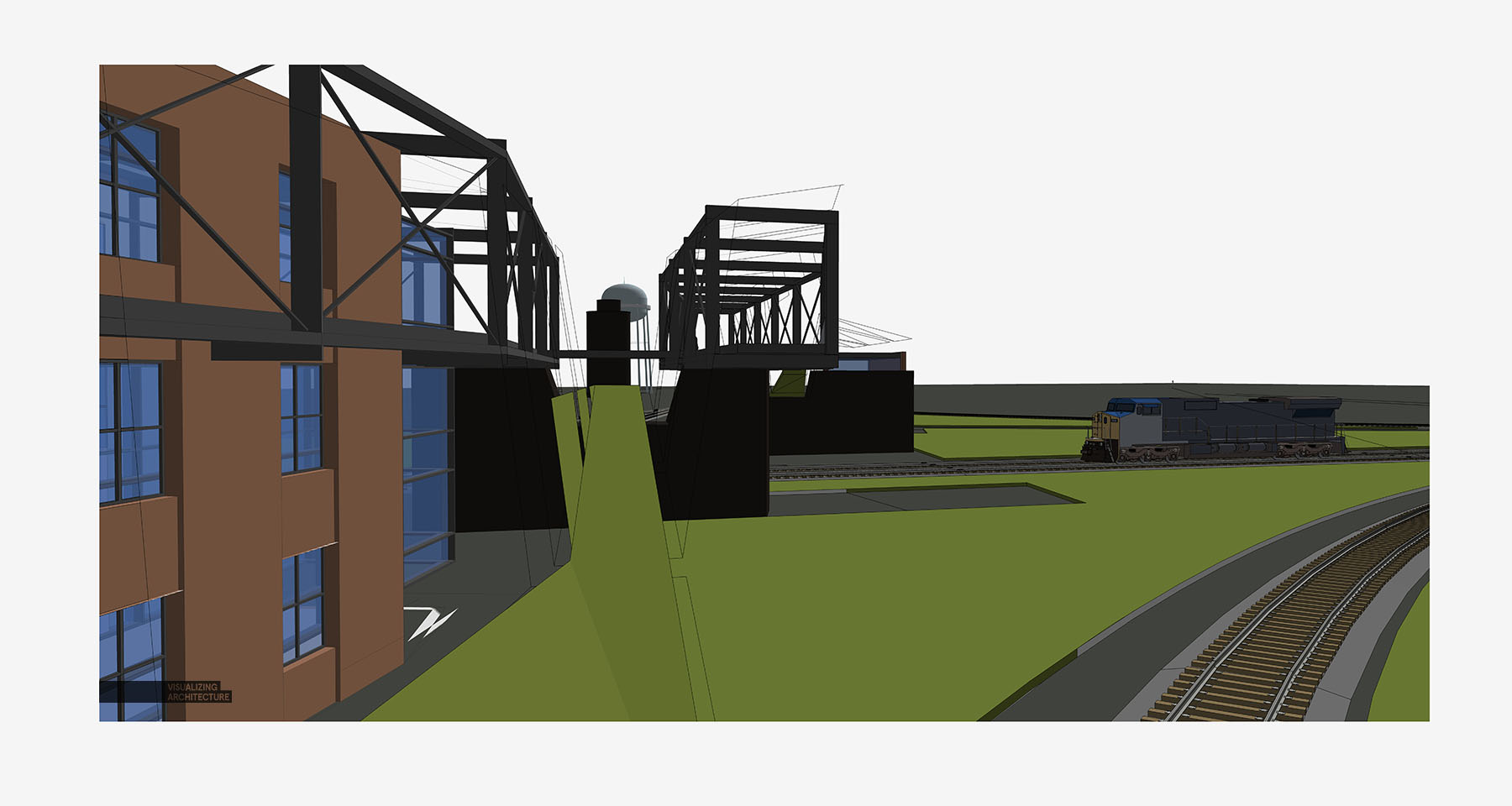 The model was looking pretty rough but in this case, it doesn’t matter. I am more or less going to use this image as a guide for laying down other textures and materials in Photoshop. 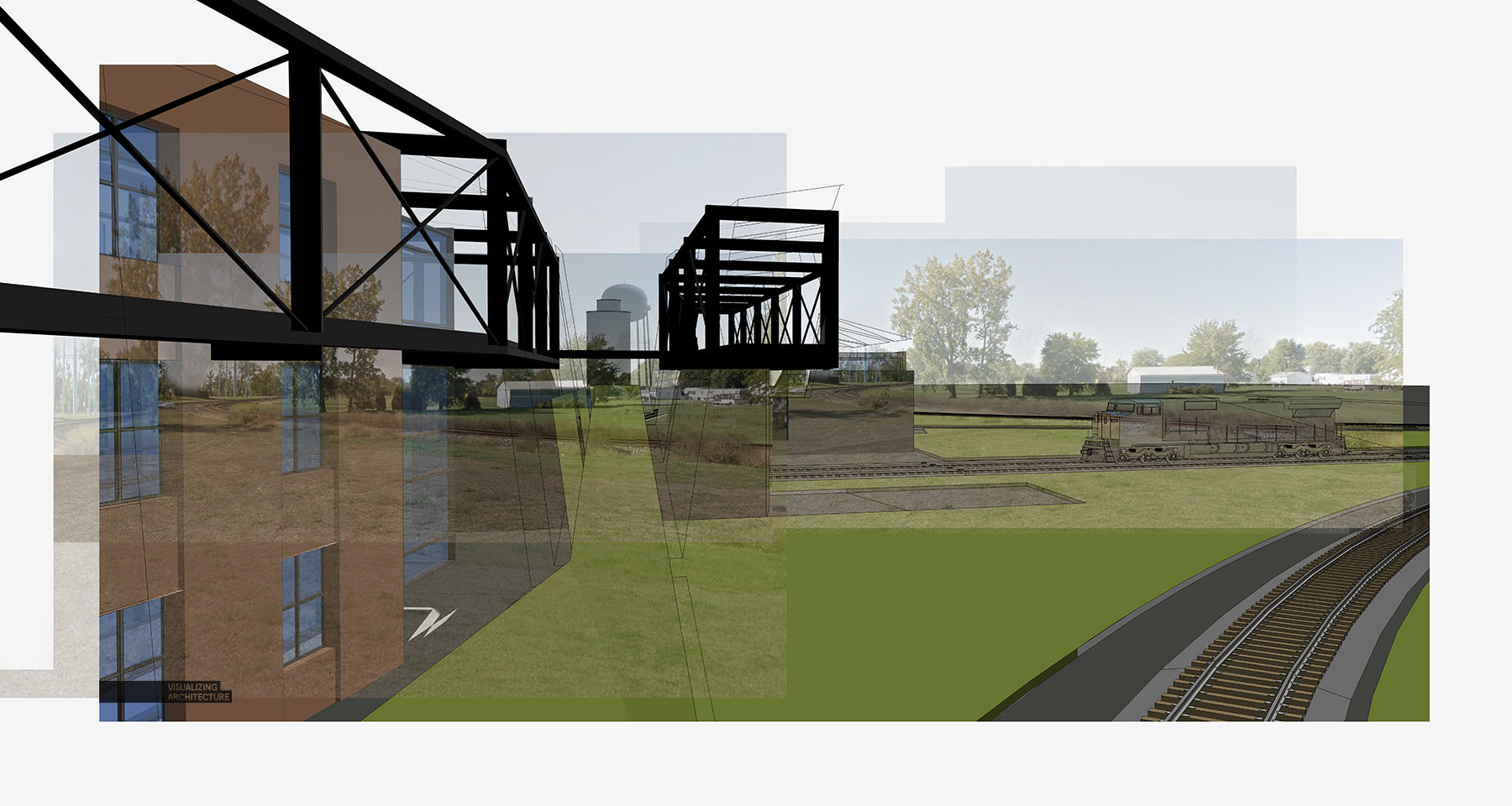 Here, I threw in a quick background which I didn’t bother cutting out. I also extracted the steel structure of the Sketchup base image and placed it on its own layer. Since it wasn’t rendered, I darkened the Steel to give it an abstract look.

I scoured the internet looking for textures and placed them in a folder so that I could grab them quickly once in Photoshop. These are some of the ones I used though I found many other materials that I tested out but didn’t end up working for the design. 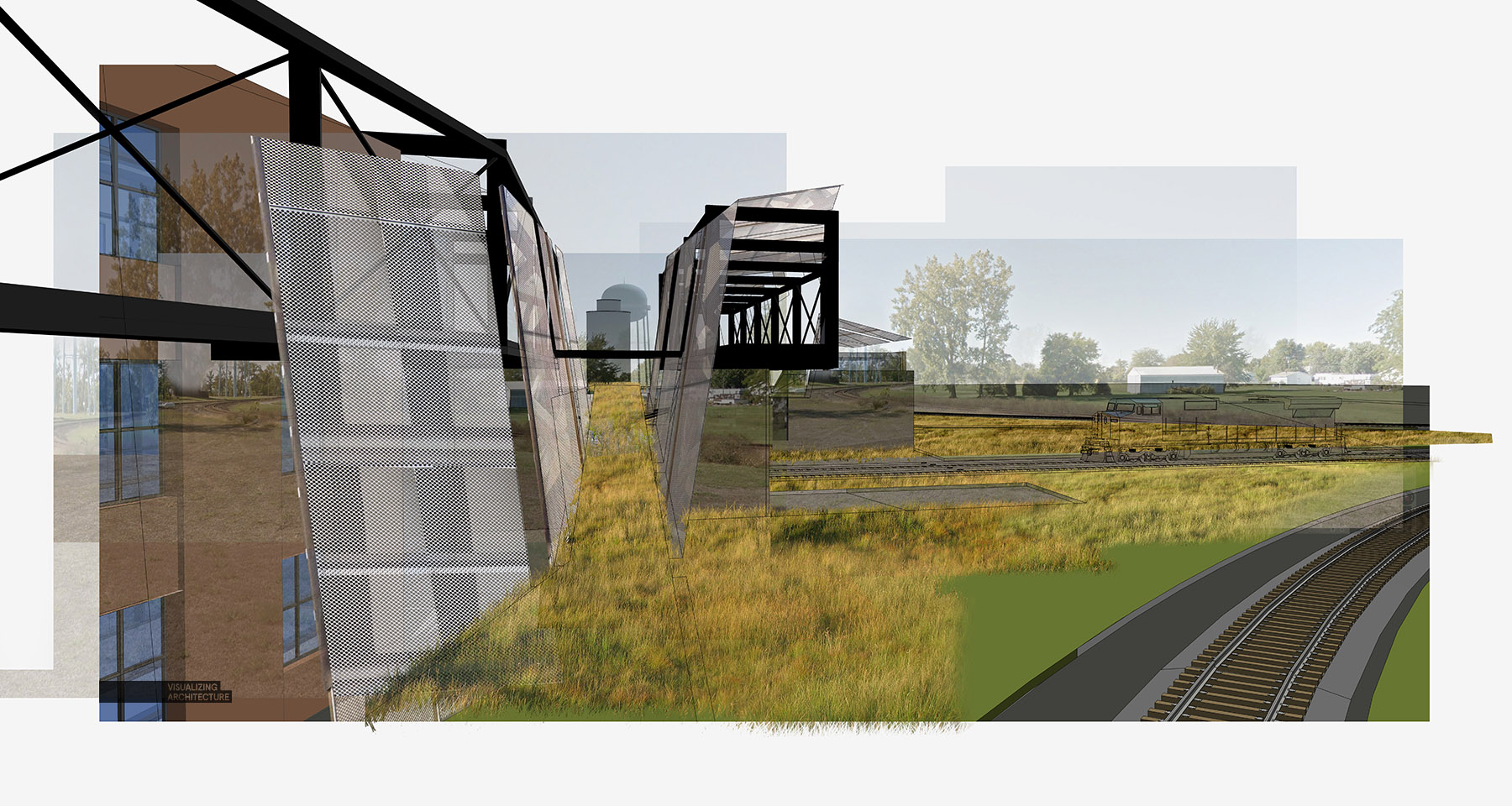 I was going back and forth between metal mesh screens and wood slats, but ended up going with the metal because of its industrial look. I also placed a base layer of wild grass to help define the ground plane. 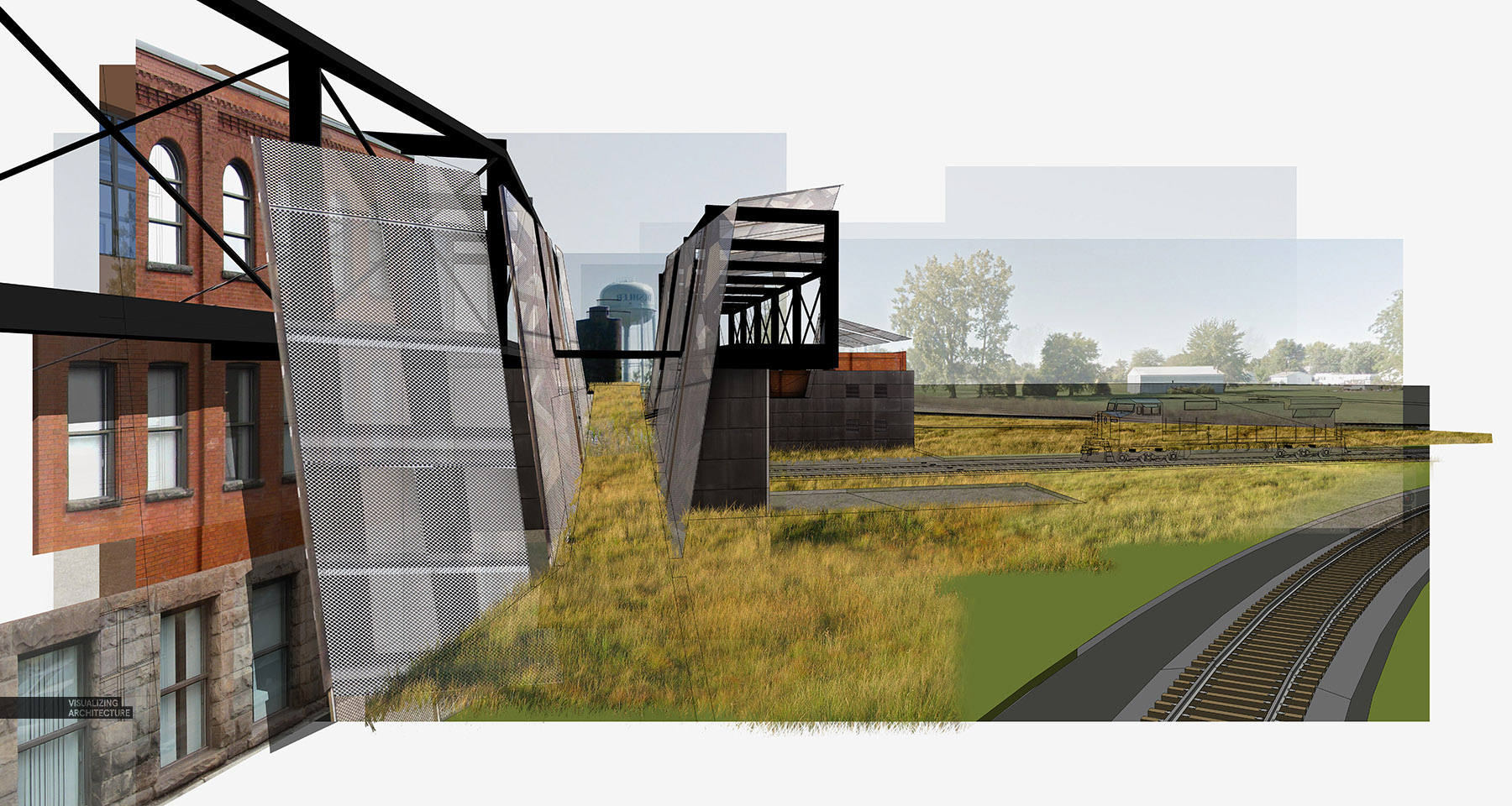 The existing main street consists of many historical brick buildings and I wanted to bring that language into the new design. Speed was the priority here so I didn’t spend a lot of time meticulously adding the brick architecture. I did however add a shadow to help separate the brick facade from the screen and give the image some extra depth. 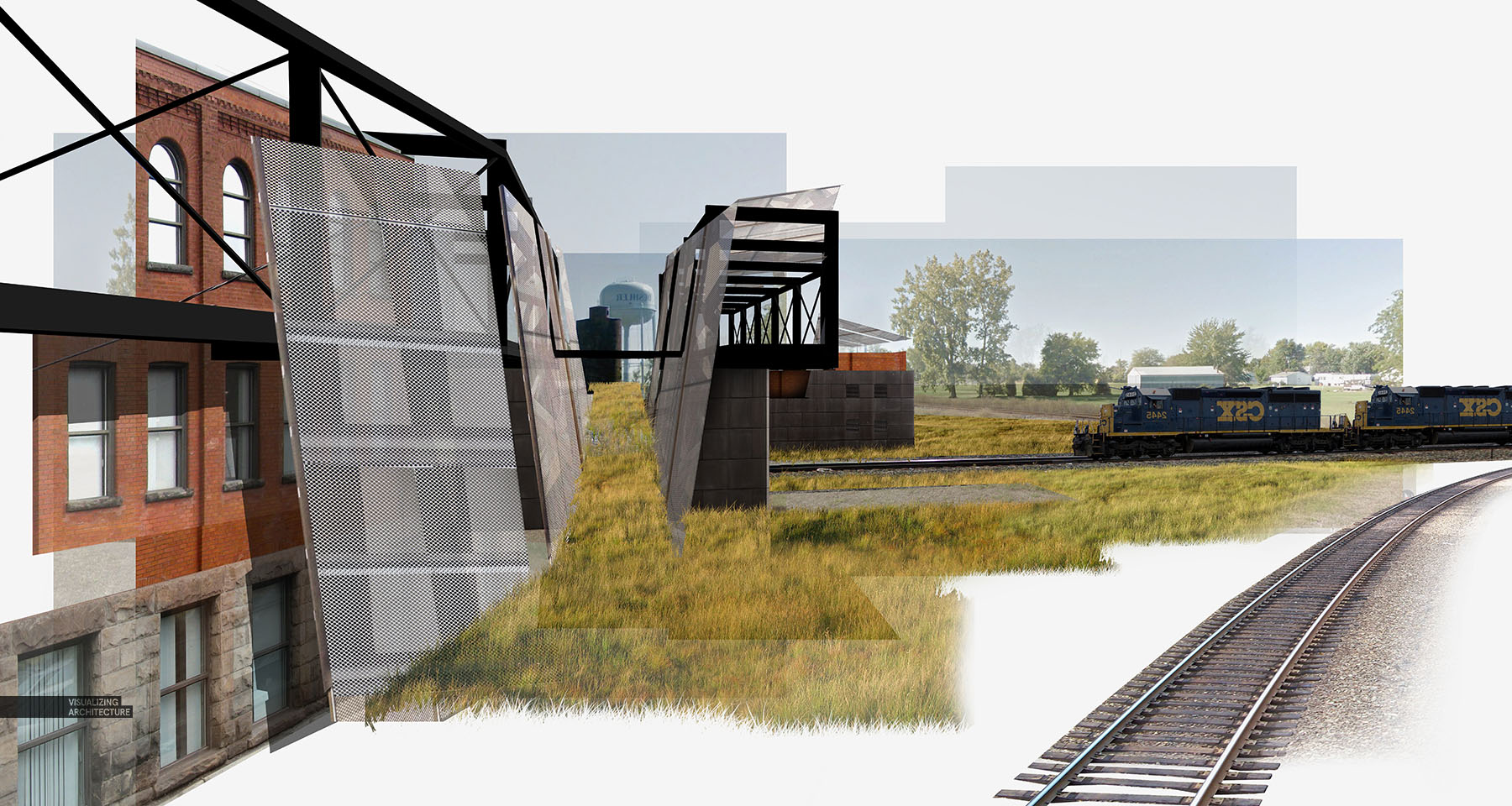 Not only did I insert the railroad tracks, but I began carving out more white space to free up the different zones of the image. 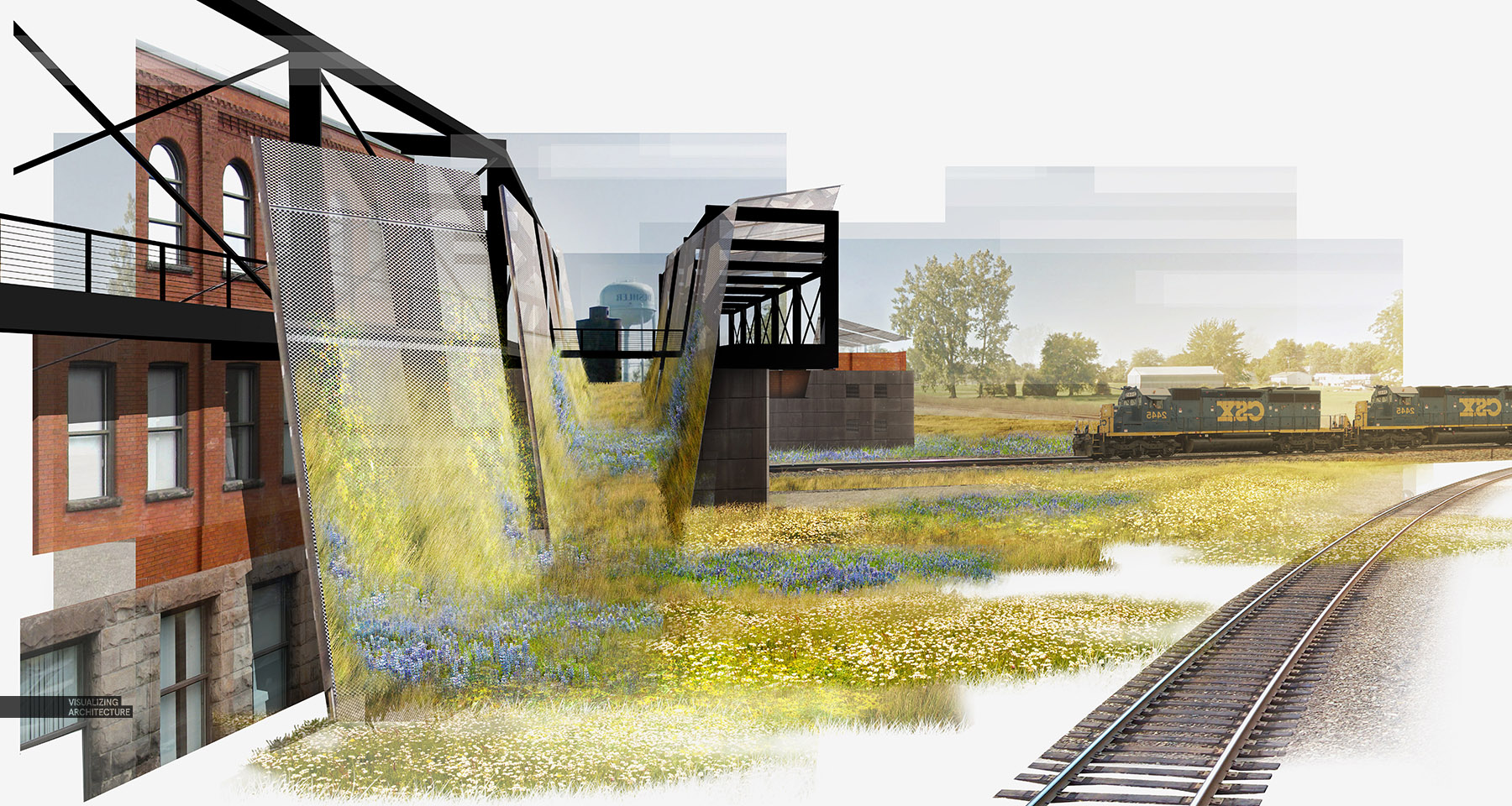 An important part of this design is to introduce local wild grasses and flowers to the site as well as use it as a tool to connect the site with the architecture. I therefore played this aspect up in the image by really saturating the colors and using many different textures in the landscape. 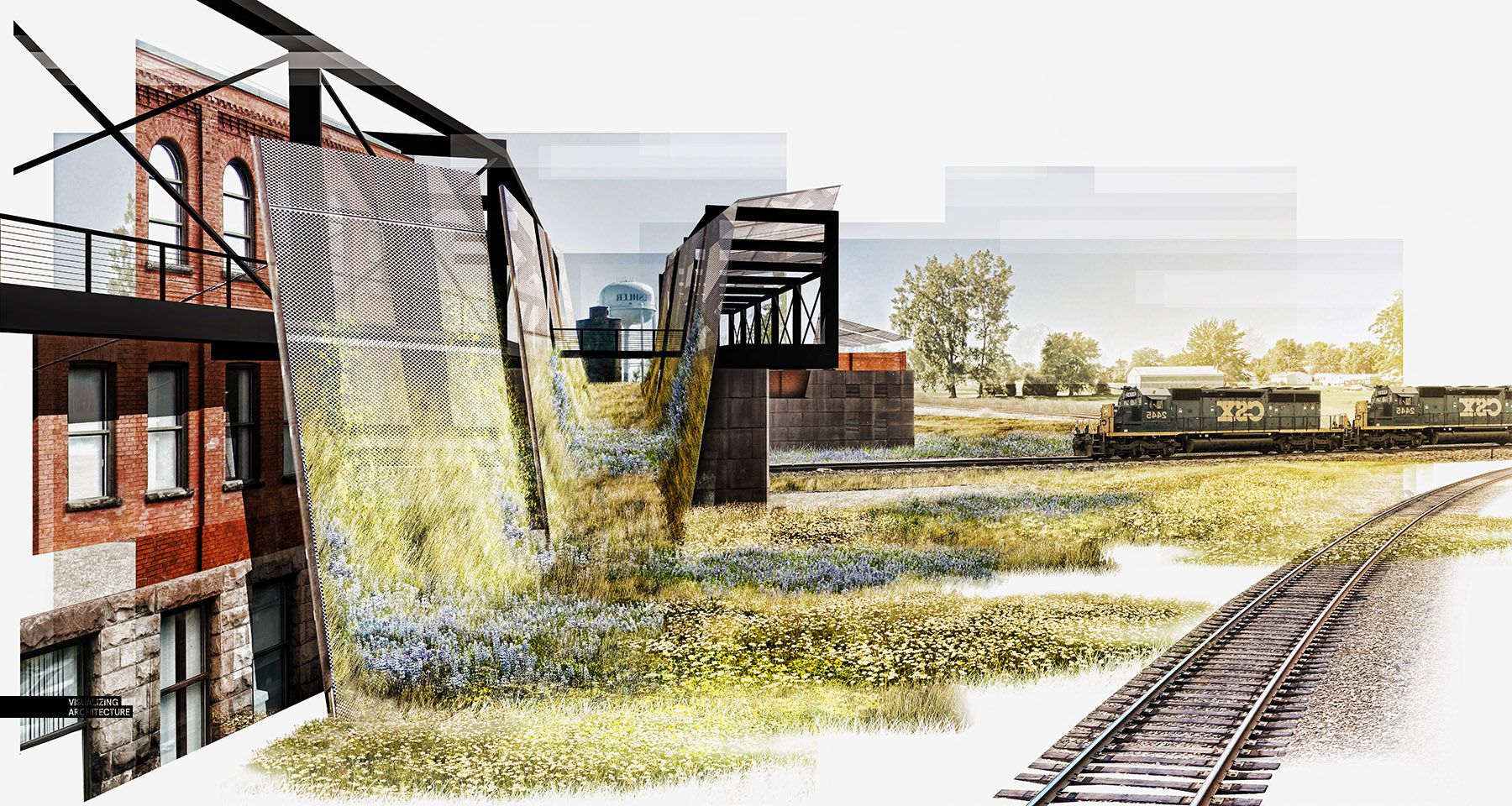 Using the Topaz Labs PS Plugin, I increased the detail and sharpened the image which gives much more clarity to the vegetation. The final result actually ended up much less “collagy” than I expected but still served its purpose as a design tool. It also makes the point that you can get decent imagery fast without complicated models or rendering engines.

At the last second, I also tried out the image in black and white which brings with it a whole new set of readings and hierarchies. The steel structures are much more dominant and takes on the industrial feel that I was looking for. 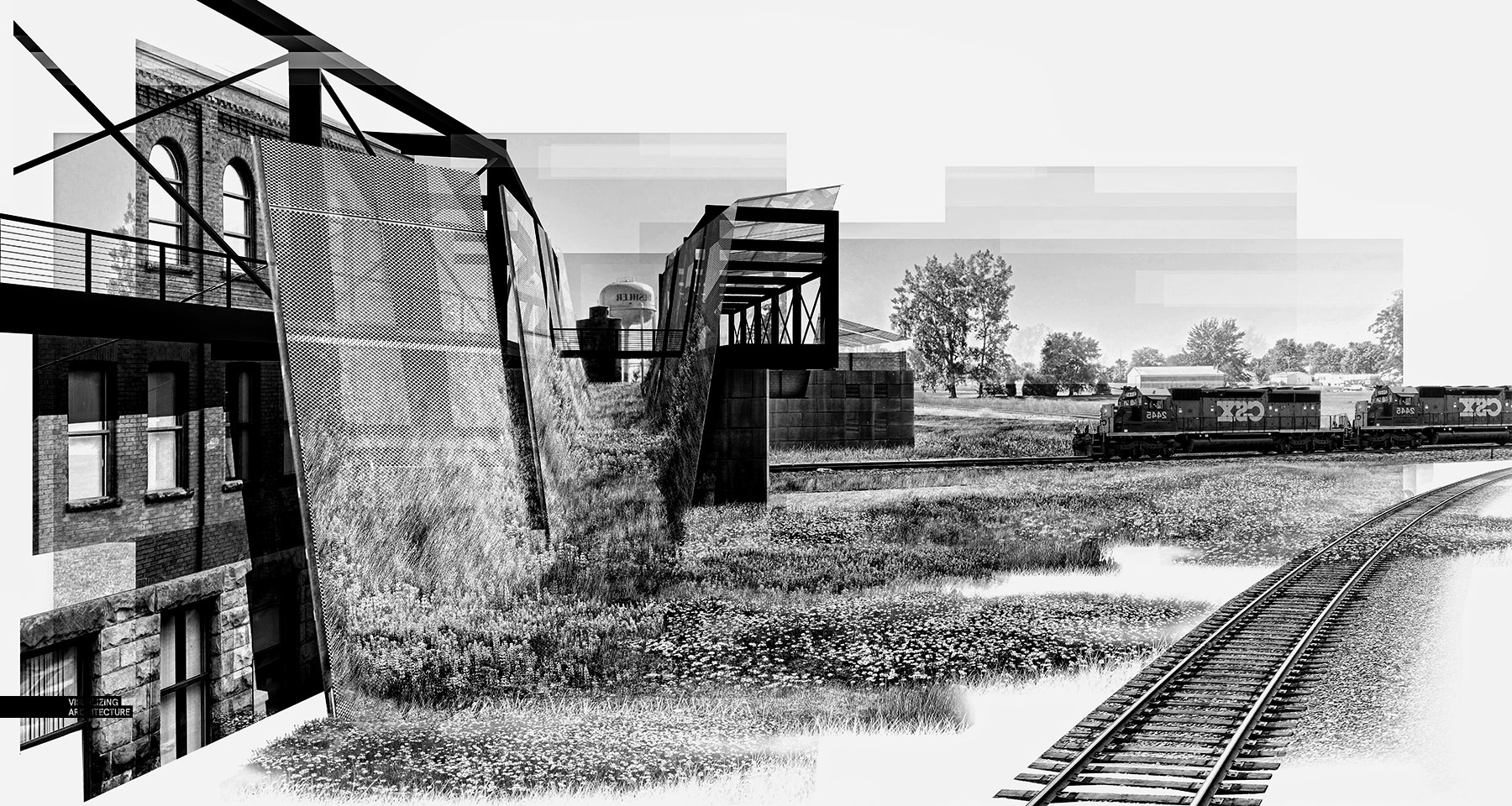