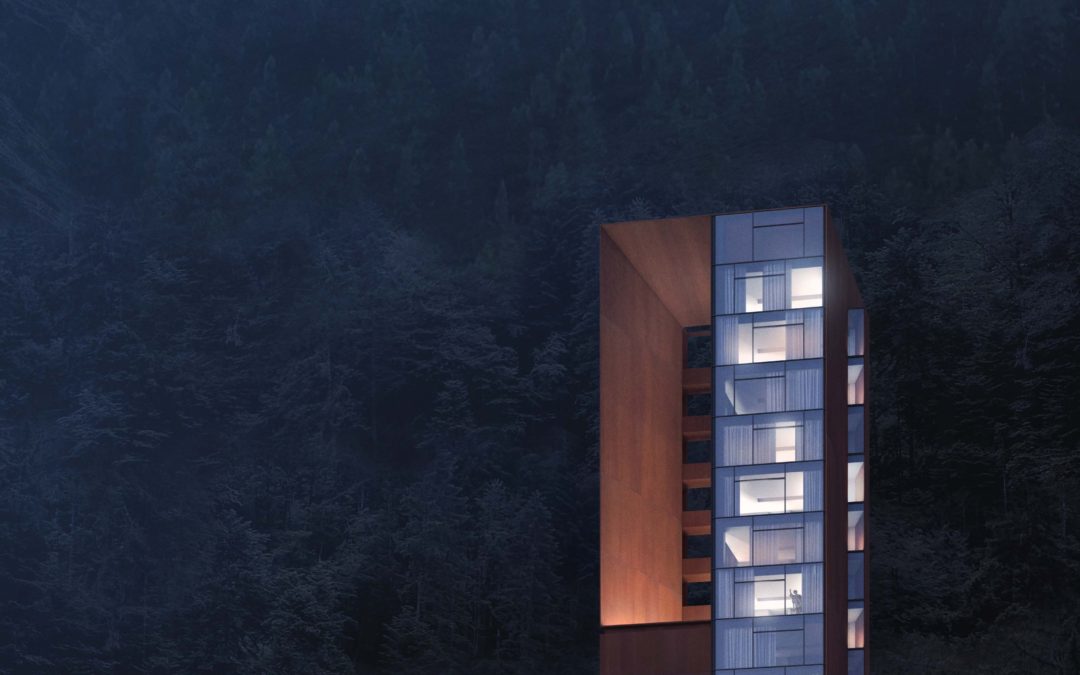 It’s been way too long since my last post. It has been a busy month traveling and moving Design Distill to a new office. However, I was finally able to find some time this weekend to put together two new images for the Mountain Lodge Project. For these images, all I had was a few ideas in my head of what I wanted, but not necessarily sure about how I would execute them. For both images, I ended just quickly picking some views, rendering them out, and then building in the surrounding context around the architecture. I knew I wanted to tell two stories, one of how the lodge is perched on the side of a mountain and the other showing how the two large portals become major beacons when lit at night. I also wanted to convey an idea of quietness and contemplation, an idea I have been pushing in previous images.

Due to time, I only had a chance to roughly explain how the closeup night shot came together. It ended up being a quick image to create, about 4 hours start to finish including lighting up the interiors in 3D. 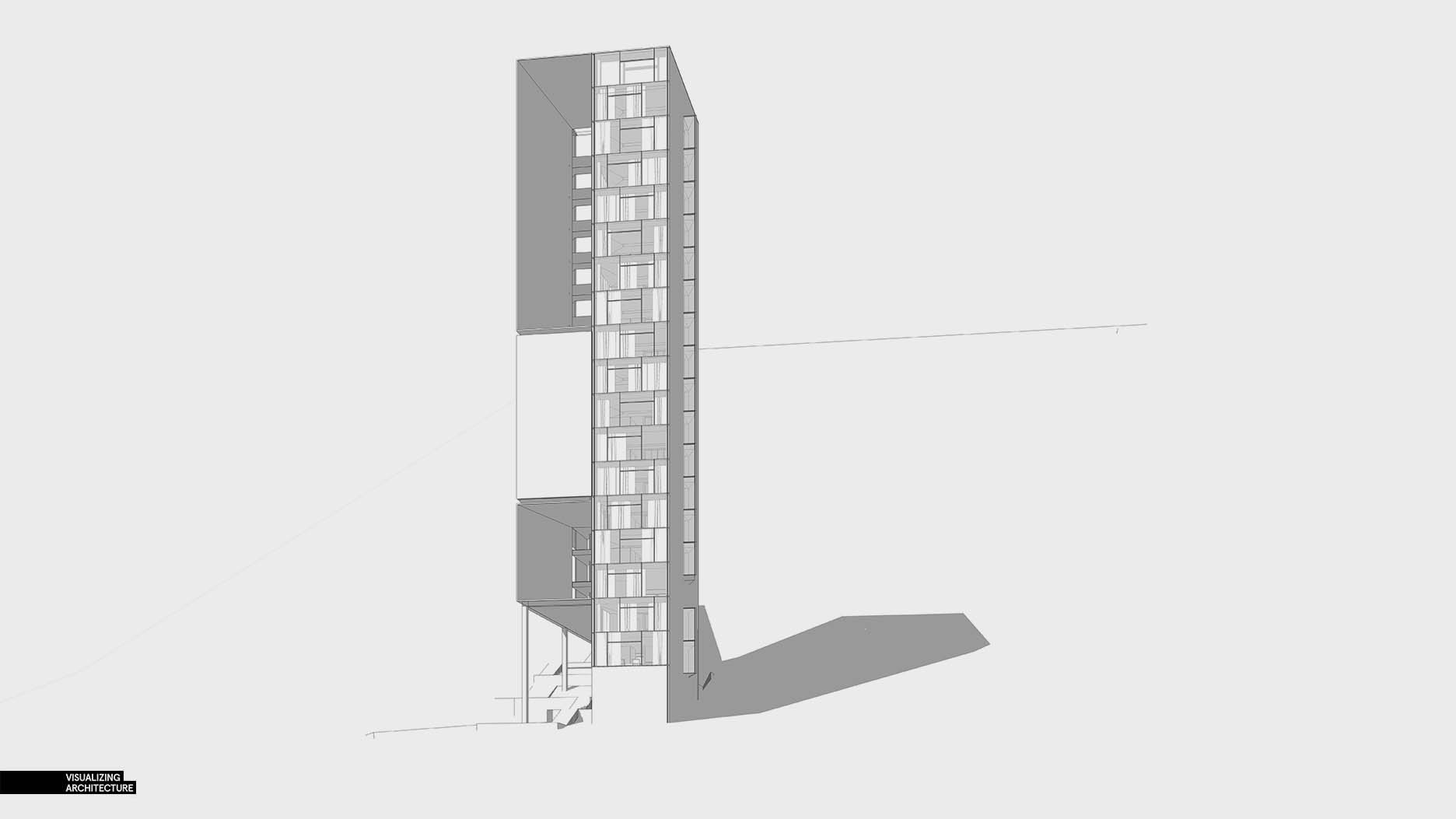 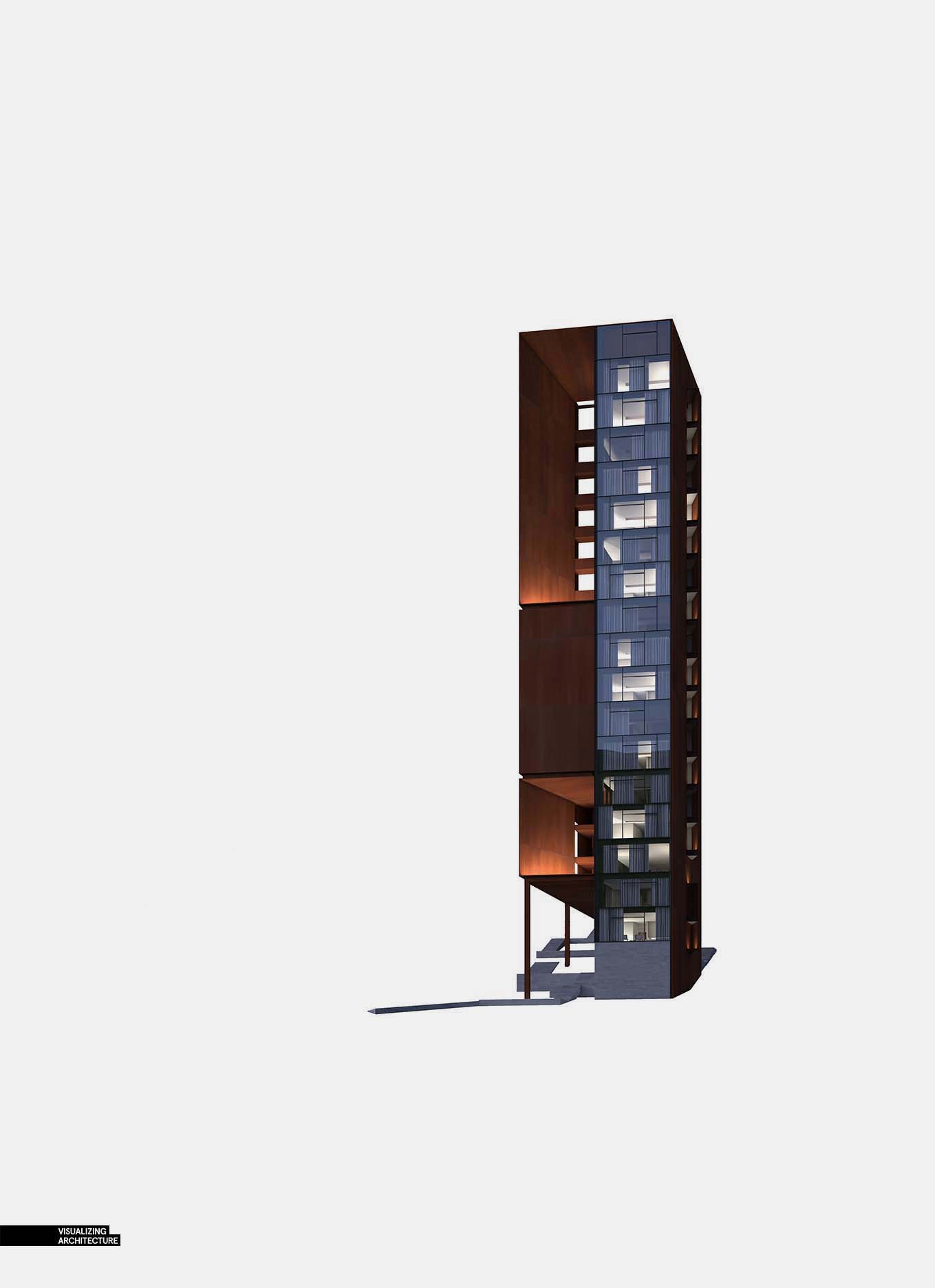 I knew I wanted to capture the entire height of the building and the front of the building which meant the view was easy to determine. I did end up changing the proportions of the canvas in Photoshop and set this image up as a vertical layout. 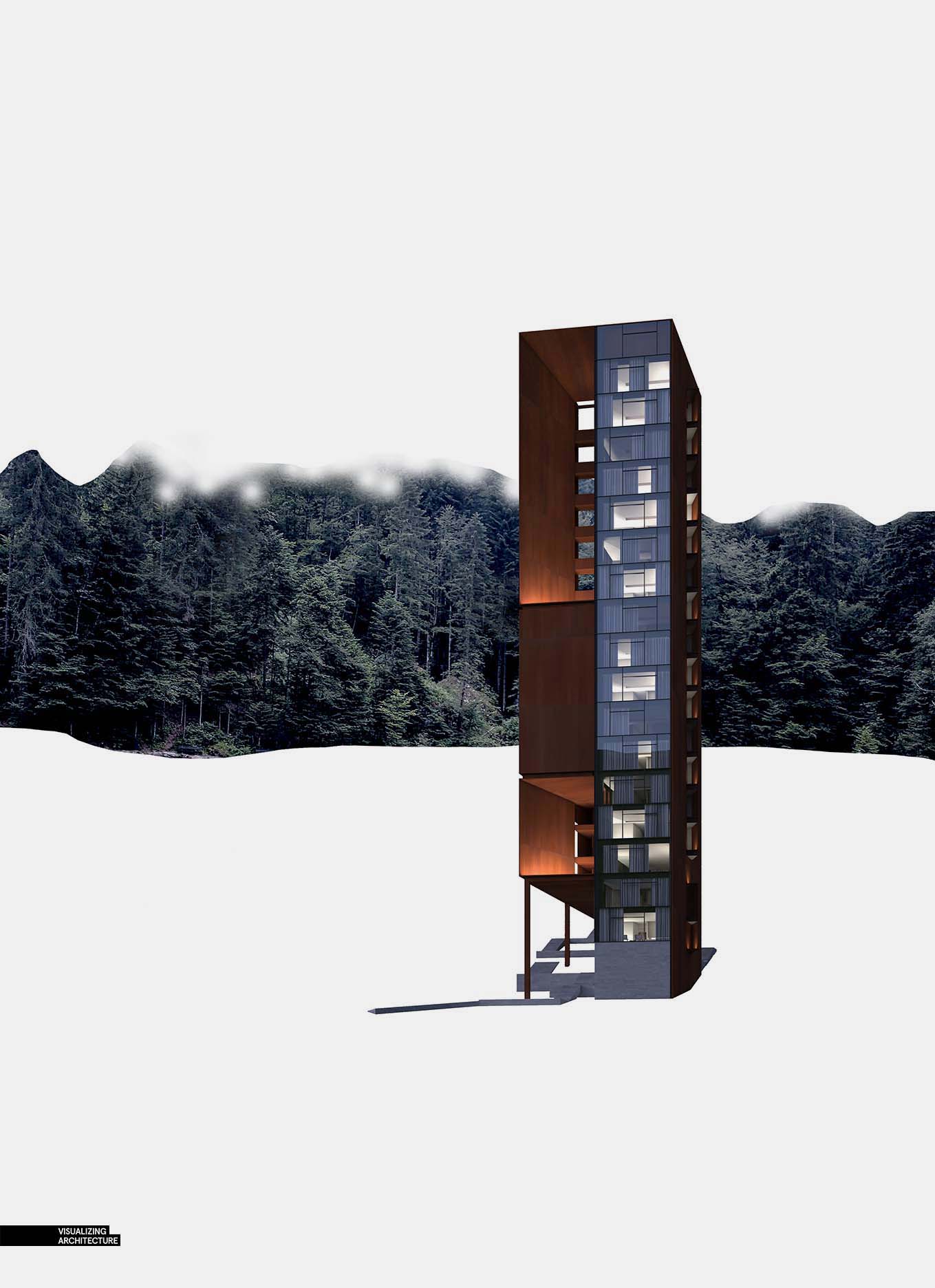 For some reason, I had a difficult time finding trees at the correct angle. I ended up finding a not-so-great texture of trees and then just copied it several times. I was able to get away with the bad quality texture because the images was going to get significantly darkened. 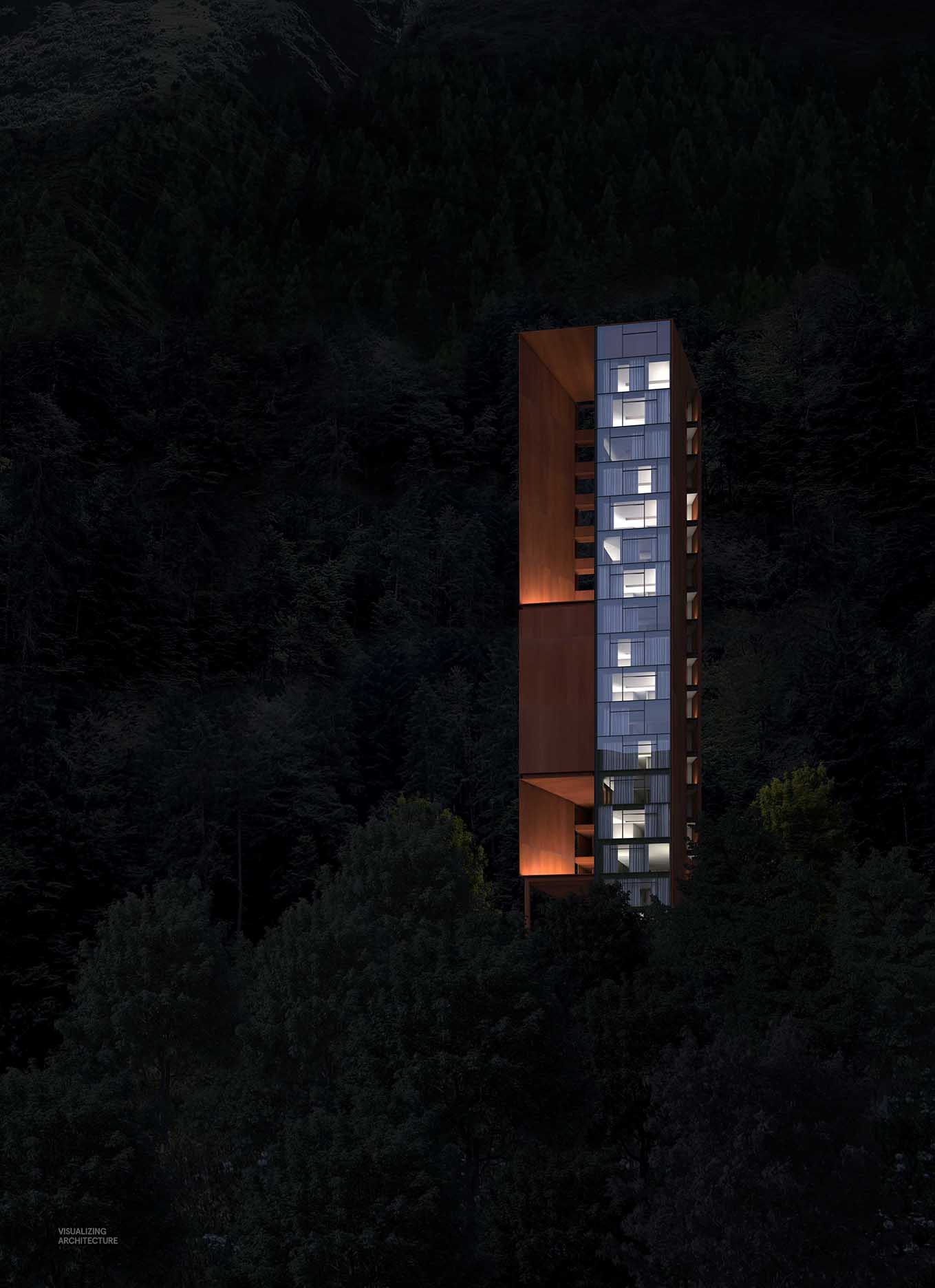 Once all the background textures were in, I darken everything to nearly black. I wanted the focus of the image to be the portals, and not the background. I just about went completely black, but at the last second, pulled it back so that some texture of the trees remained. 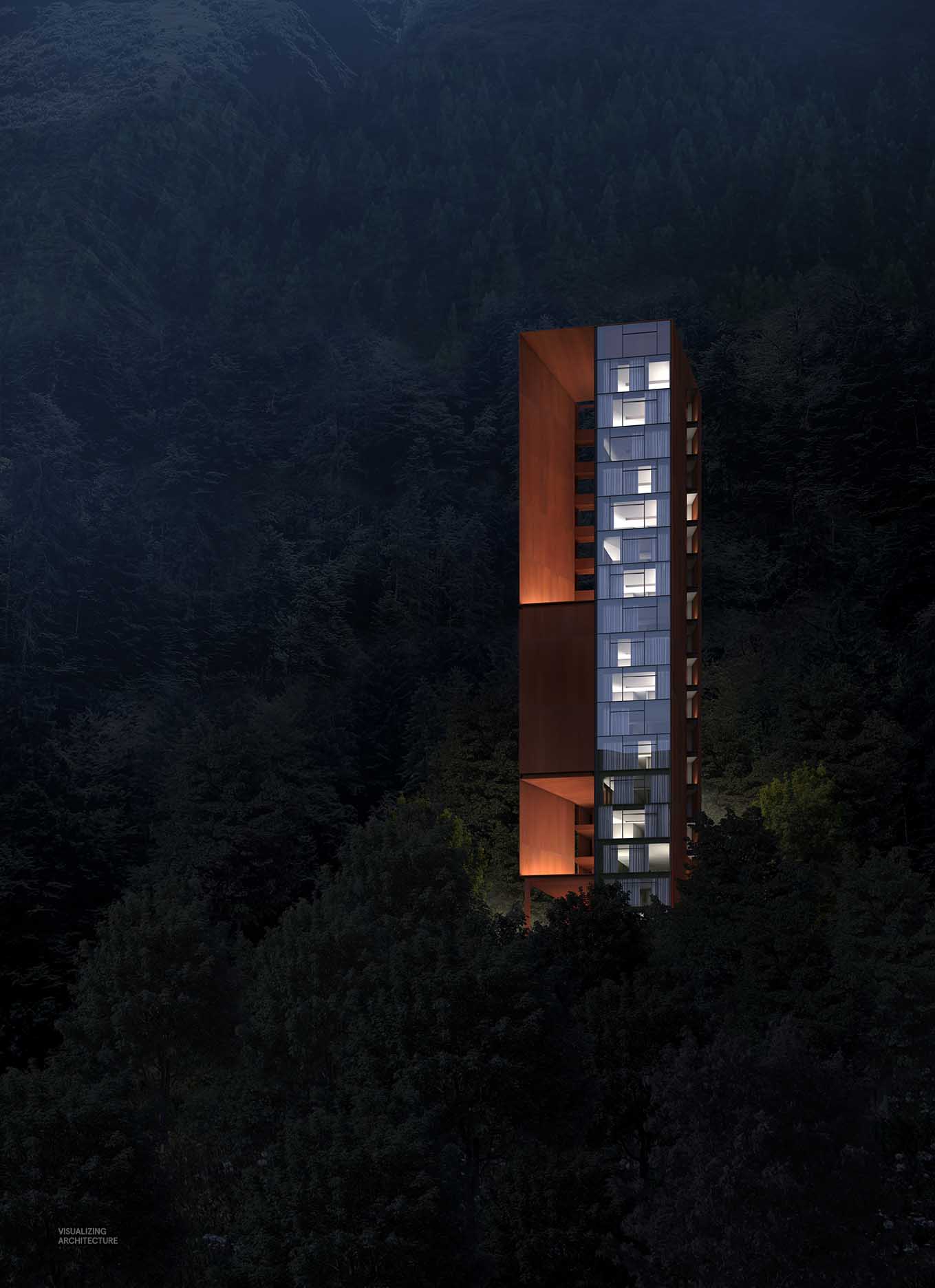 I added just a hint of fog at the top left corner to give the image a little bit of a gradient and to imply that the hill was receding into the distance. 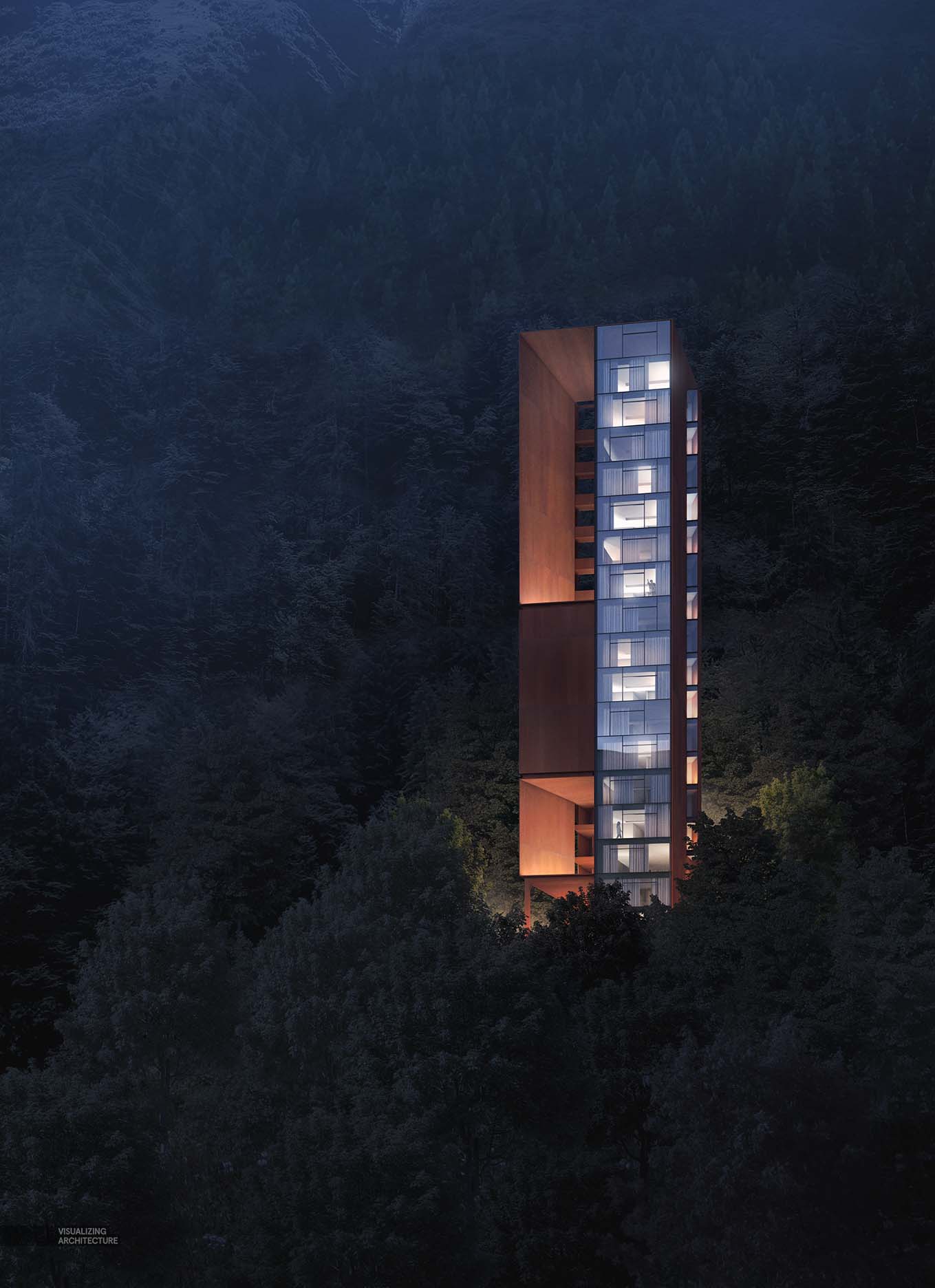 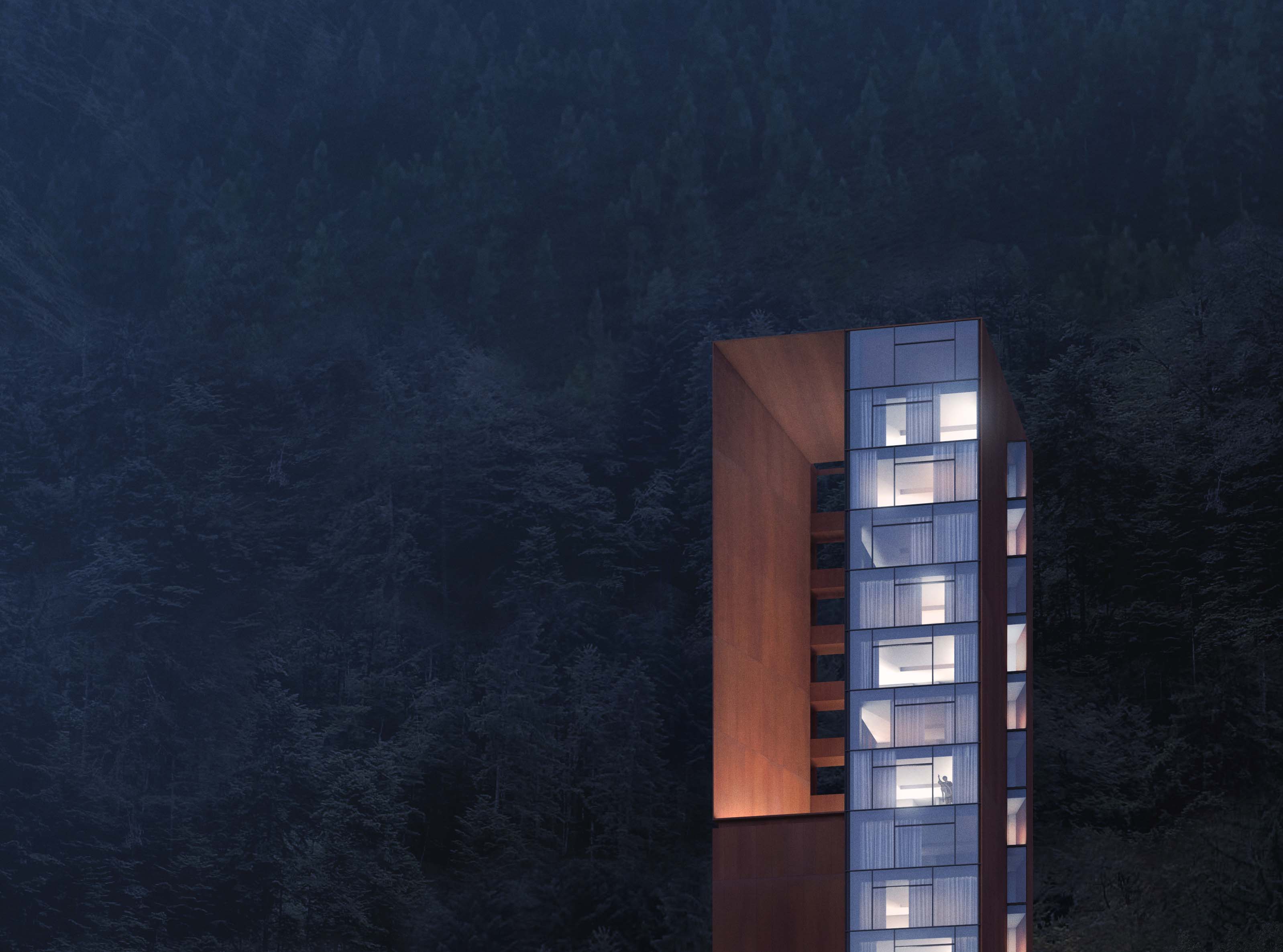 Finally, I reworked some of the lighting on the building. I increased the light in the portals and softened some of the interior lighting. I also shifted the entire illustration just a little more blue. This image came together really quick. Even so, it is probably my favorite image so far. Sometimes keeping it simple wins out. 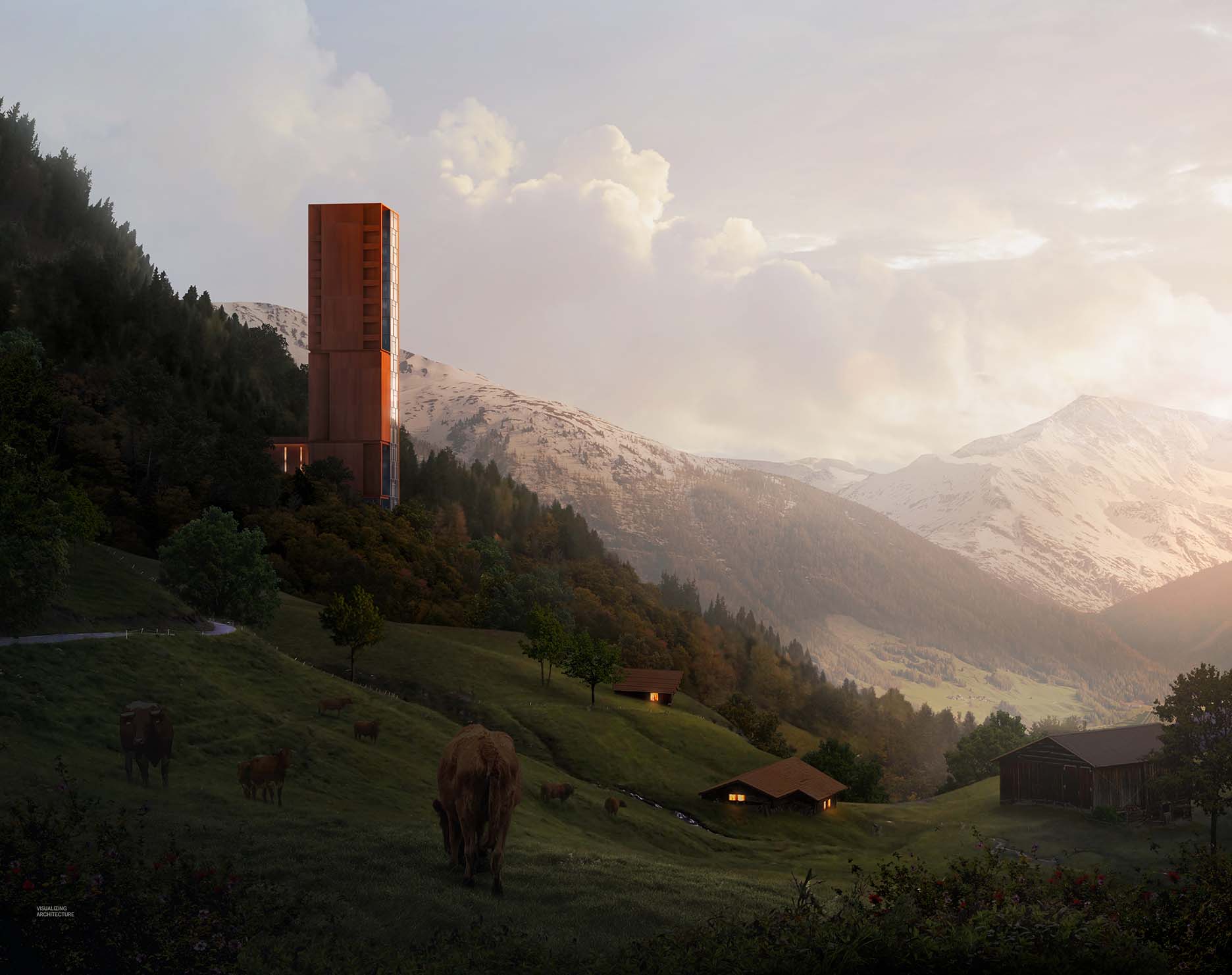 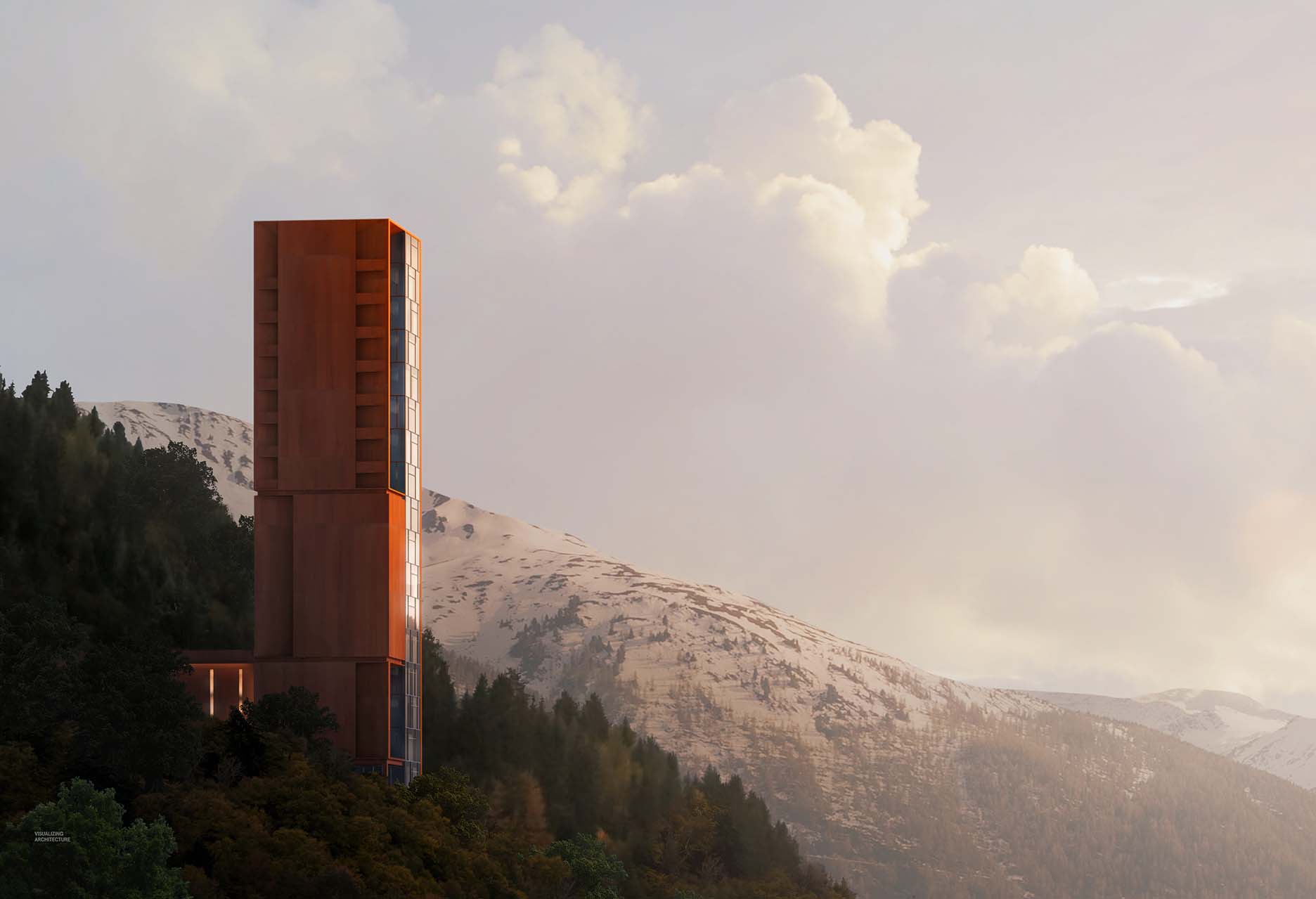 I also built this image which ended up coming off very “painterly”. Its made up of many different images stiched together to form the mountains, trees, and foreground hills. More images to come soon.