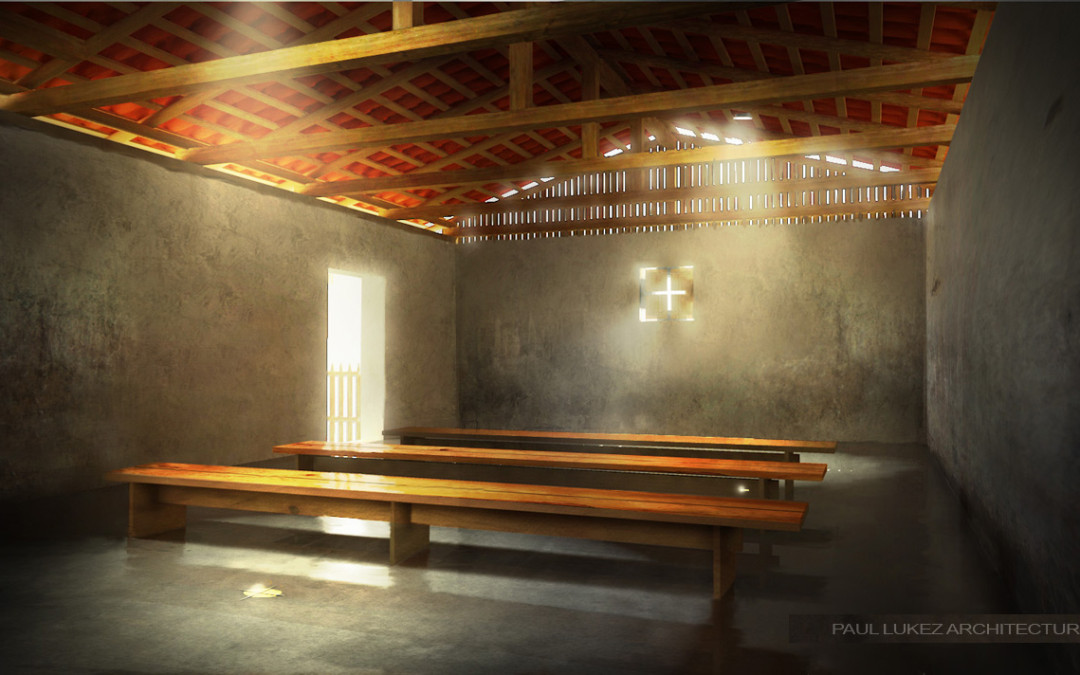 I realized that I never posted these images that I created a while back when I posted the Honduras Church illustrations. In this case, the design is relatively simple composed of 5 elements added to the untouched  shell of a house in Honduras. The space is meant to be a meditative place as well as a memorial to certain events that happened inside. Therefore, I wanted the renderings to take on a painterly look with light being the focal point. Textures where key to these illustrations and luckily I had access to high res images of the local architecture which allowed me to overlay images of plaster and wood surfaces.

The building is old, so having clean lined illustrations wouldn’t work here.  To avoid this, I used the Smudge tool with a strength of 90% to distort edges and straight lines in the plaster. It might be a good tutorial for later on. 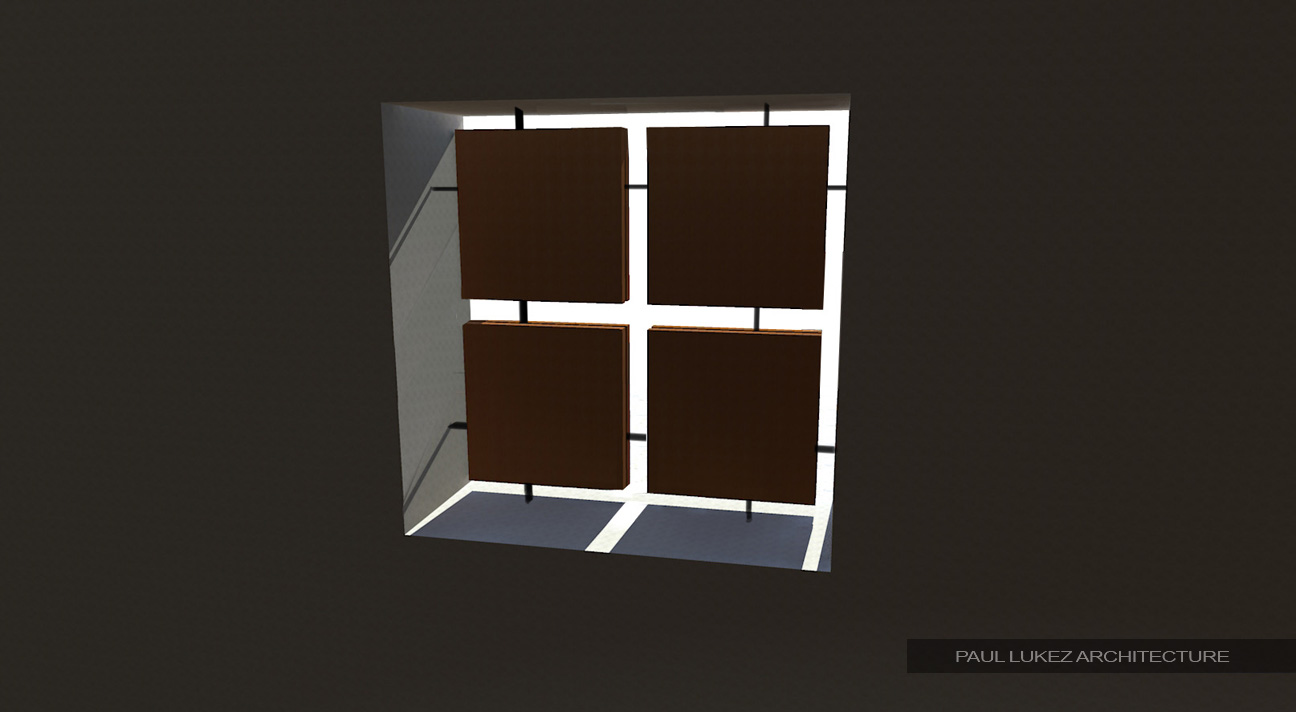 It begins with a horrible Kerkythea base rendering. 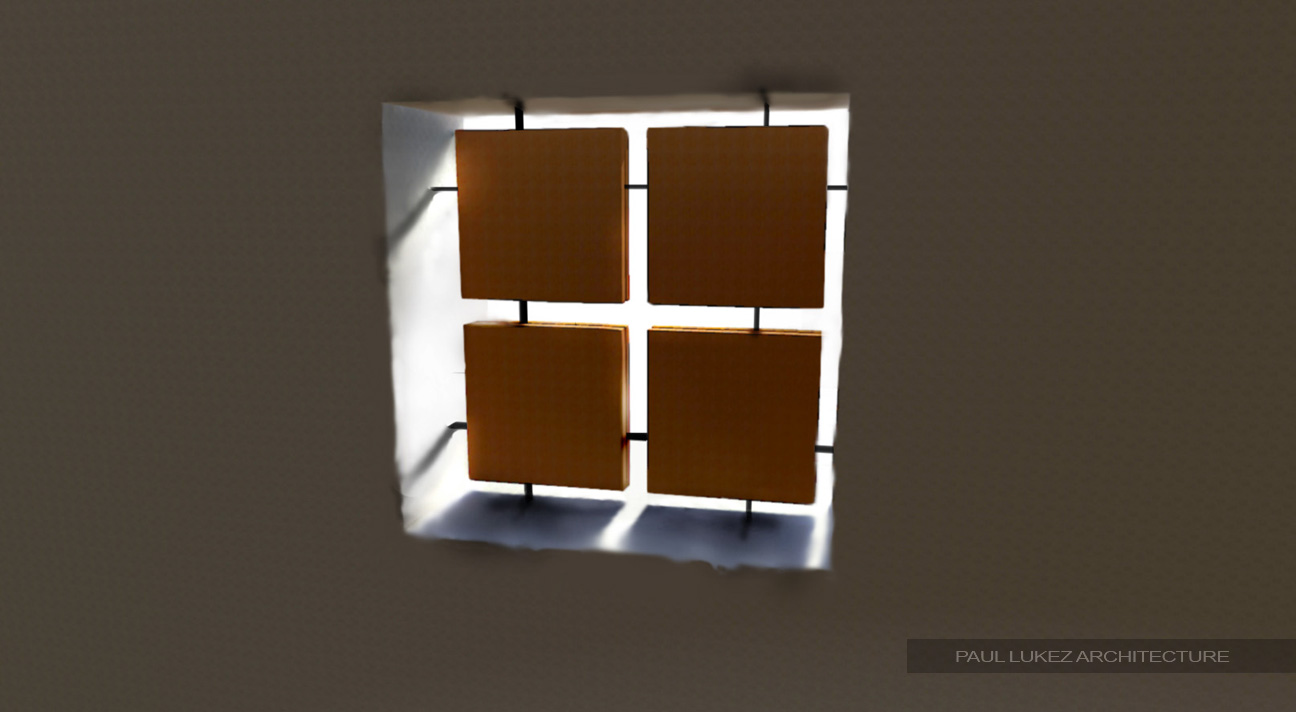 I then used the smudge tool to soften the edges and get rid of straight lines in the plaster. 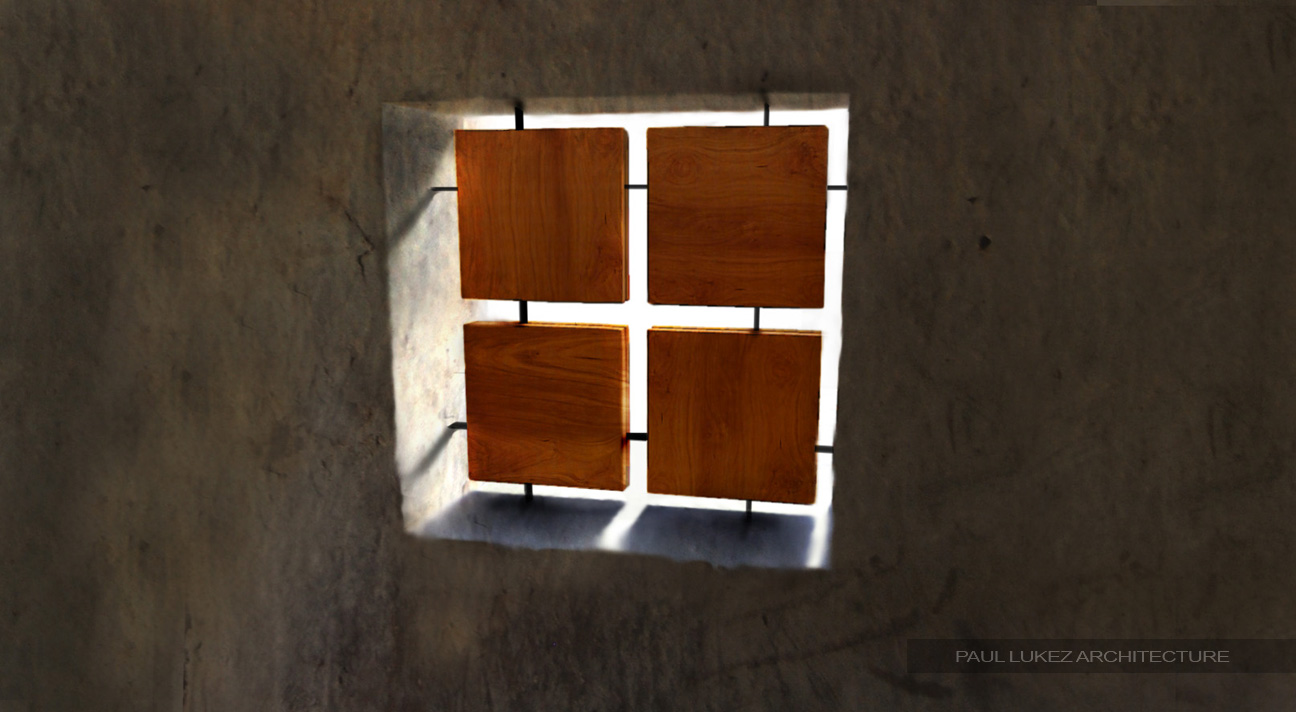 Next, I overlaid textures that I cut from images of the local architecture in Honduras 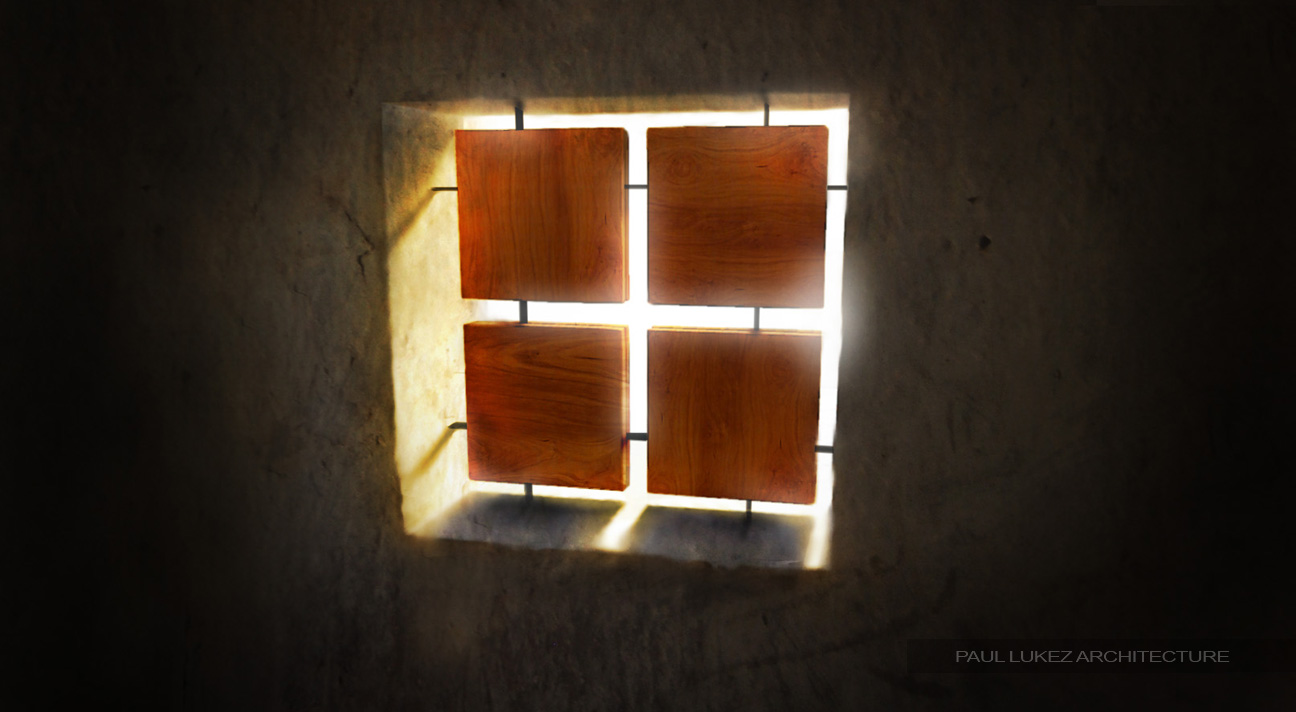 Above, I added some color overlays, glow in the window, and vignetting around the perimeter. 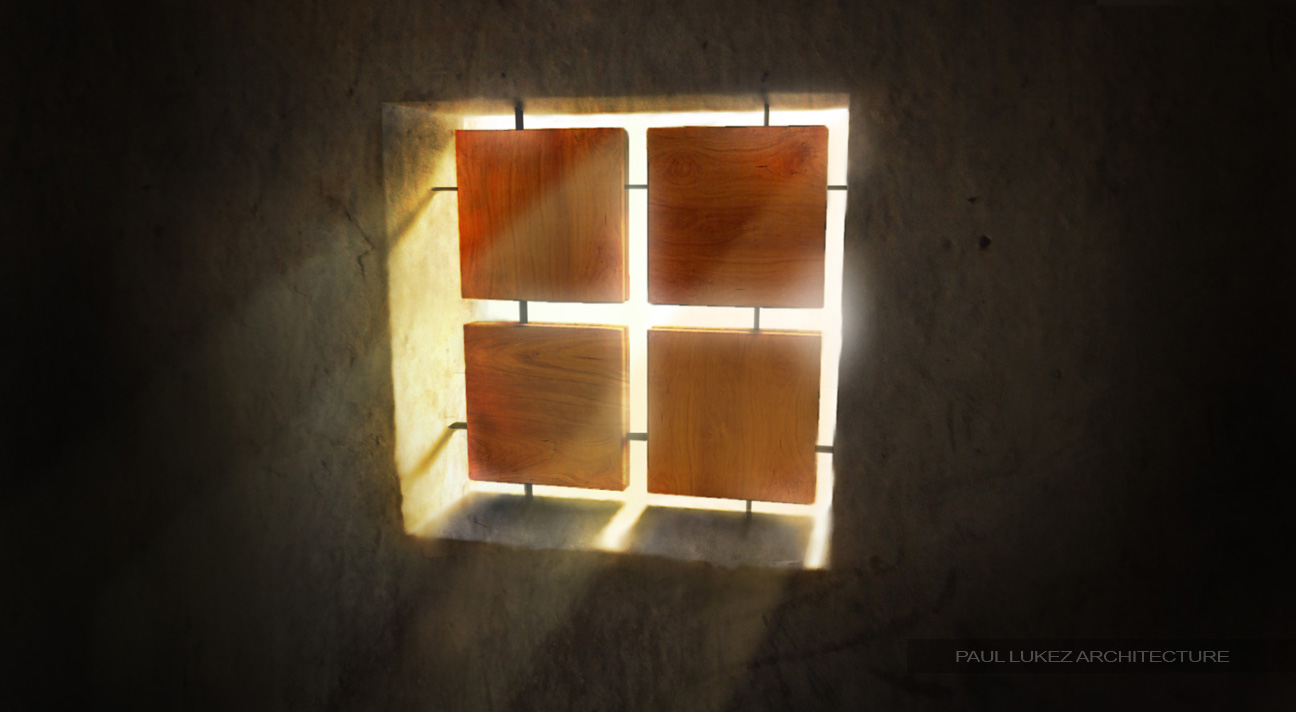 Finally, I added some sun rays for dramatic effect.