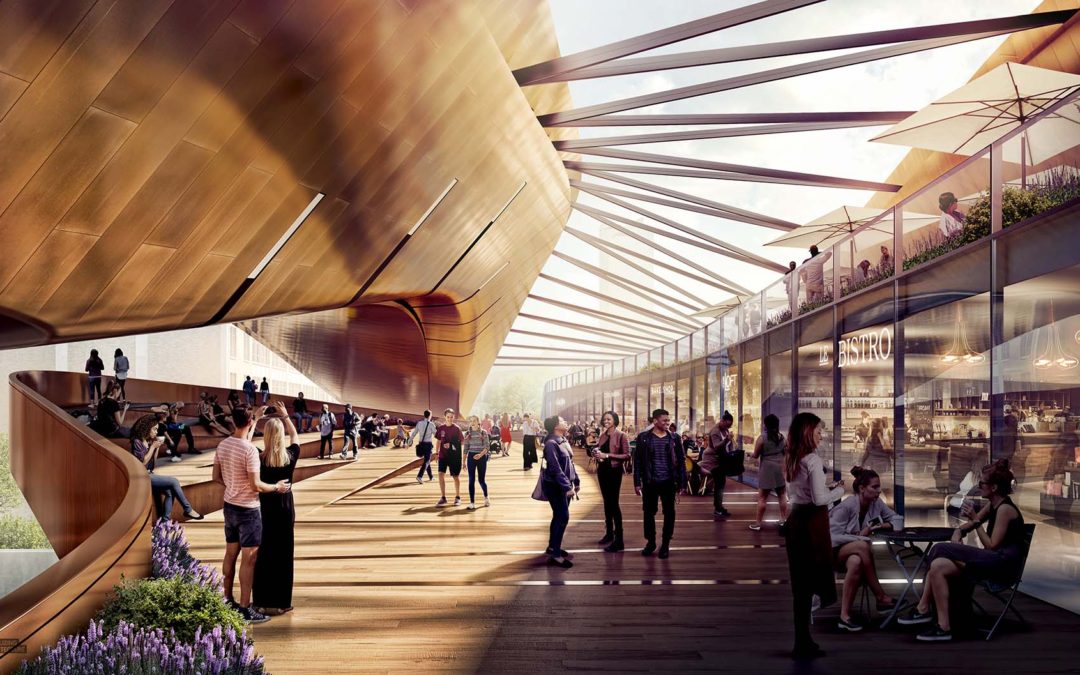 The next two illustrations that I have generated for the Philly Bridge explore the procession across the bridge. The design incorporates different types of program and landscape depending on the path you choose and the activities users plan to partake in. Therefore, I wanted each image to show the range of experiences from very public, active spaces to quieter and more contemplative moments. Entourage became the driving force for both image narratives and was where a lot of my time was spent. At Design Distill, many of our clients spend much of their time tweaking the entourage we placed and honing in on the perfect balance and amount. It is often the case that we are adding more people to an illustration versus taking them out. A common theme I see in most architectural images is erring on the side of less people instead of more. Placing in entourage can be quite laborious so it makes sense that images lean towards fewer scalies. It is also the case that many see architectural illustrations as more poetic and artistic when less people are in the images. However, the default should not always be less is more. In both images below, the amount of people played a crucial role in setting the tone for each image. In the case of the retail scene, a large amount of people were required to create an active and lively environment. Further down the post, I showed three versions of the image with different amounts of people to better show how the image changes with just the adjustment of this one variable. 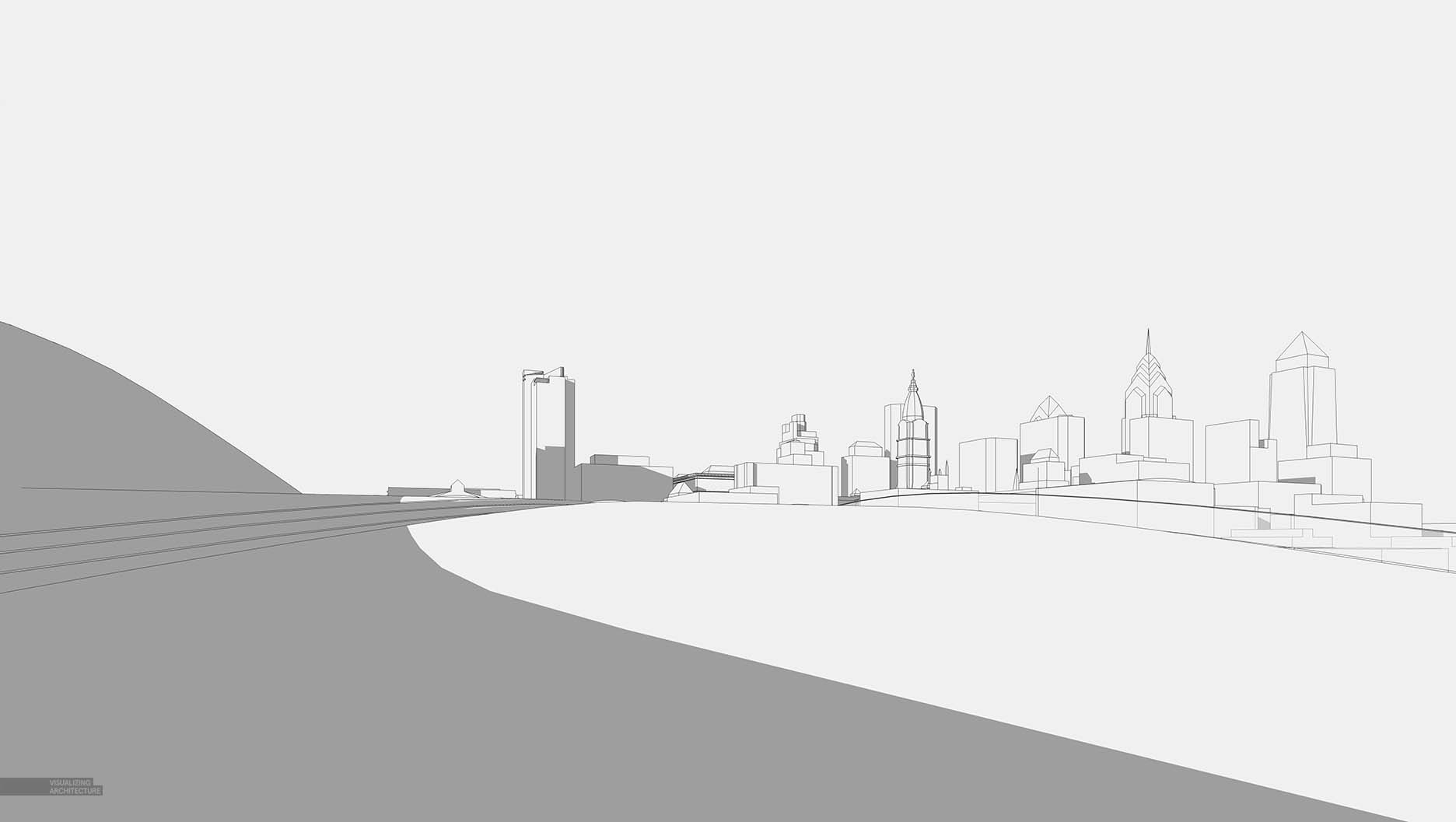 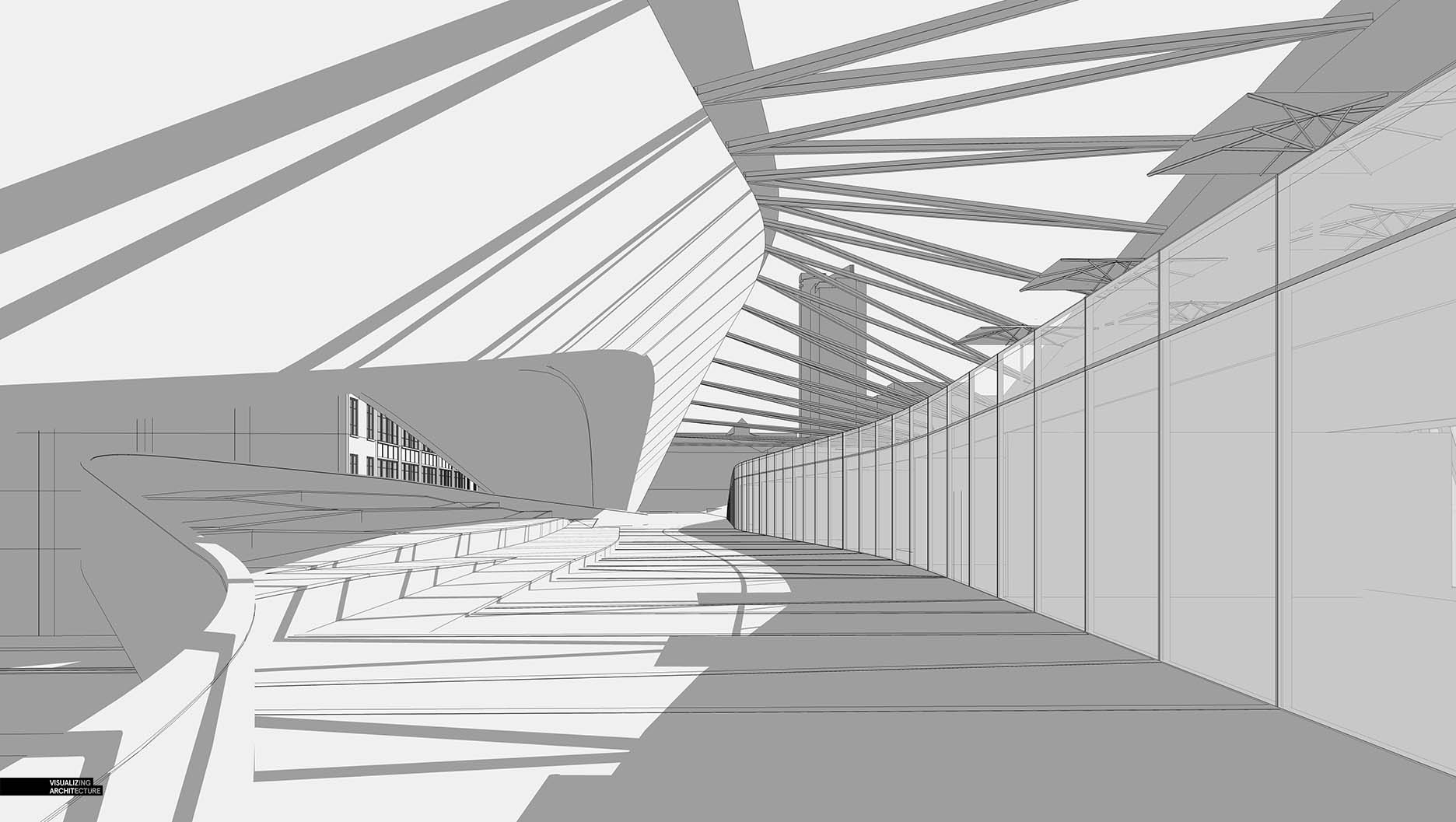 For the park view, the model was as basic as you could get. I knew that image would largely be created in Photoshop, so I focused on basic massing information to guide me once in Pshop. The retail corridor view was simple as well, but a little more time was spent setting up the glass storefront system and adding small details to the tiered seating on the left. 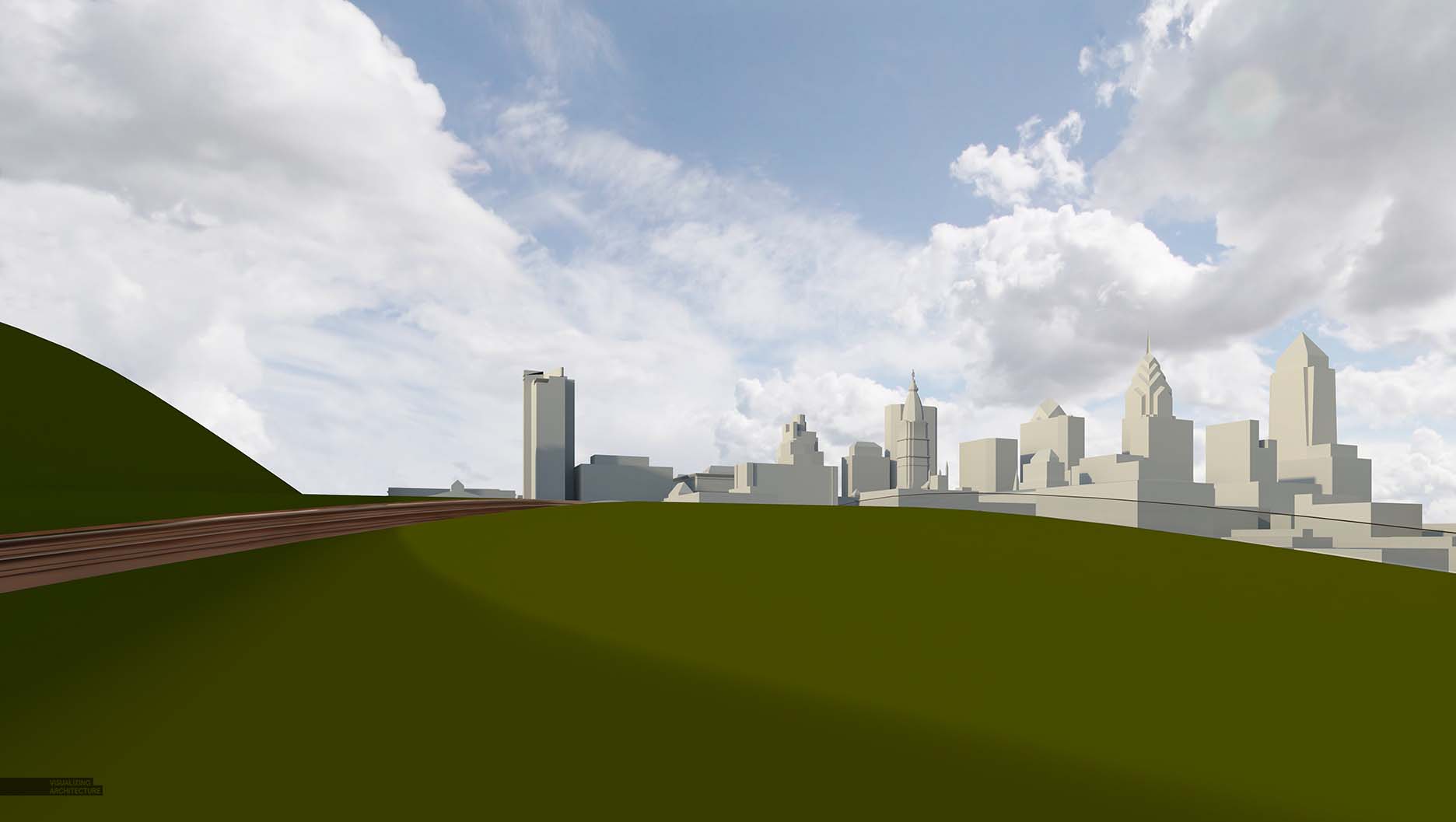 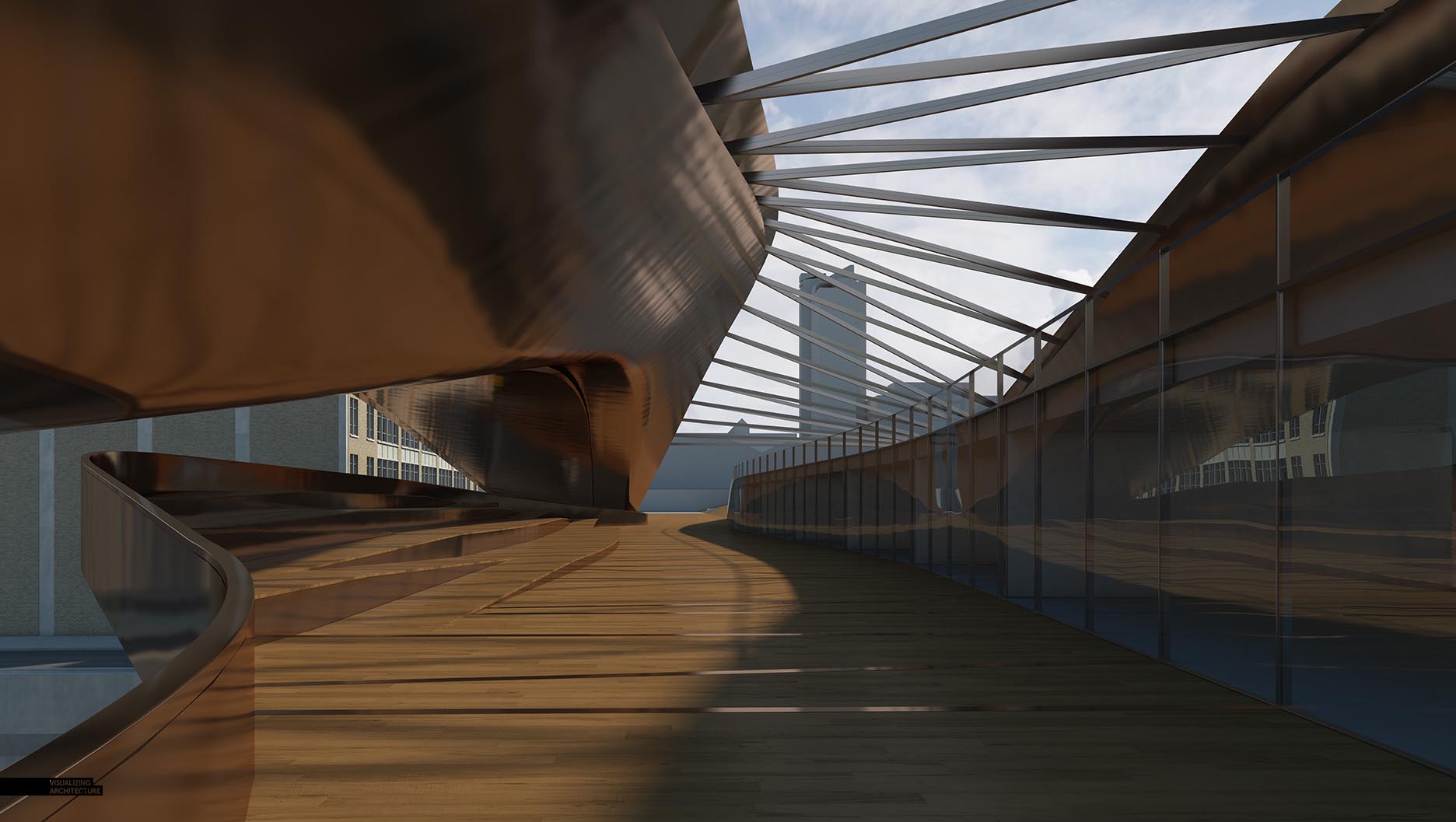 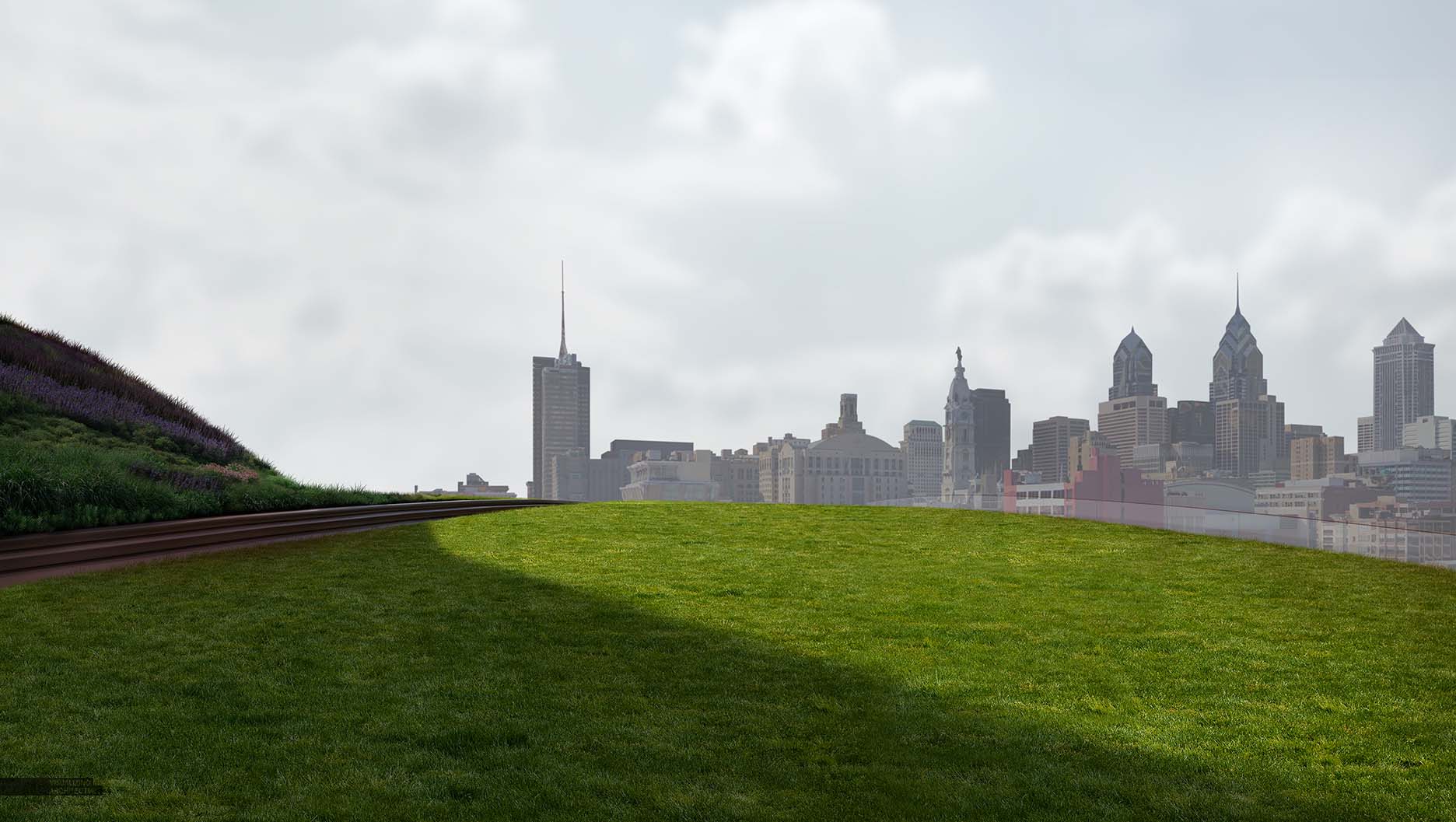 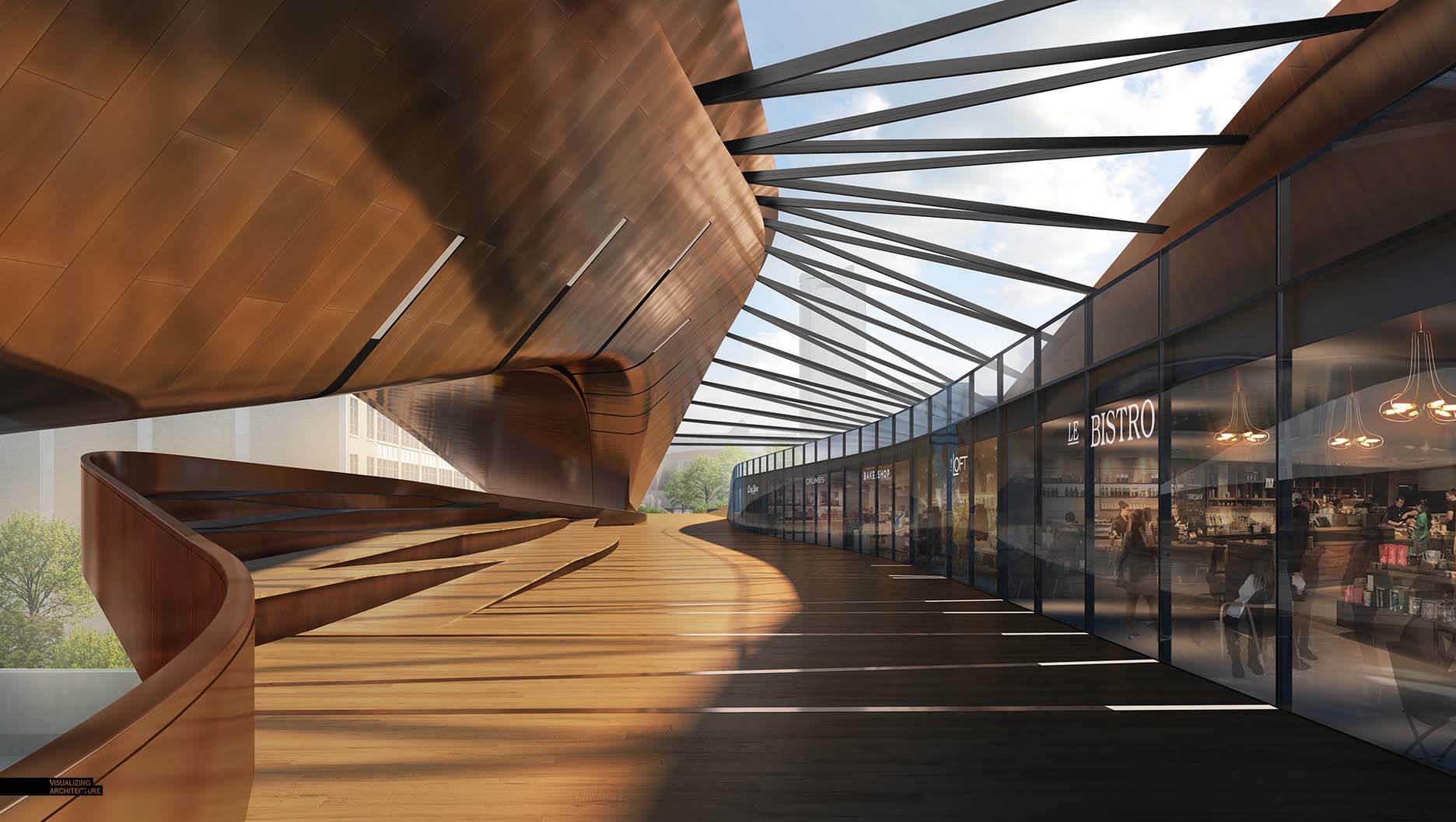 In the park view, I first switched out the city 3D massing with a Google Earth screenshot. Yes, I said Google Earth. The quality of the screenshot was pretty low, but if you take some time to cut out/cleanup the profile of the skyline and then cover up with fog, it ends up being a simple but effective solution. I was able to match a difficult view that wouldn’t exist unless someone took a drone photo at that exact position.

For the retail corridor, most of my time was spent stitching in the interior retail spaces. Each store is made up of several layers including a base photo of the store found online, light fixtures and additional ambient spot lighting. 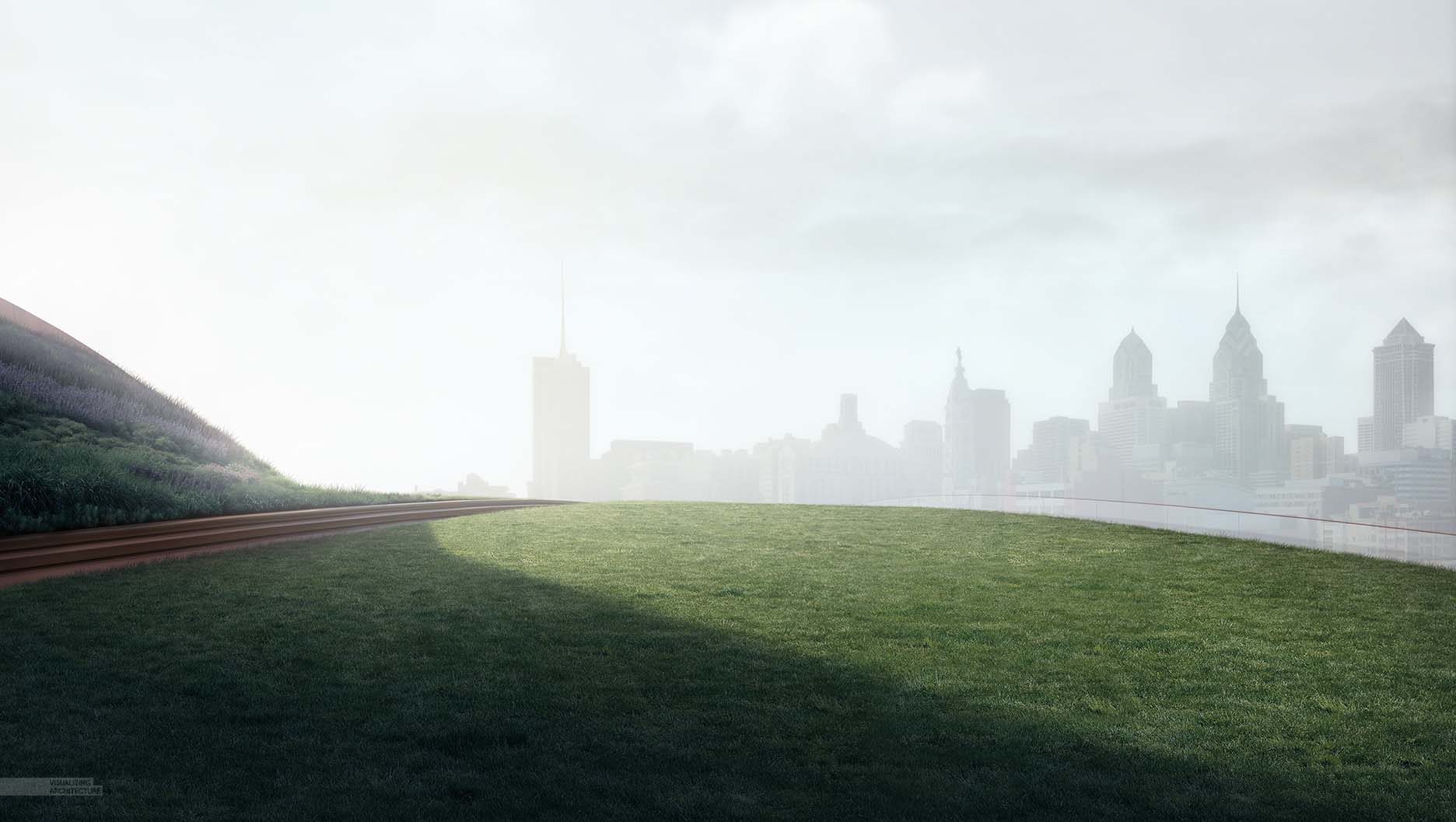 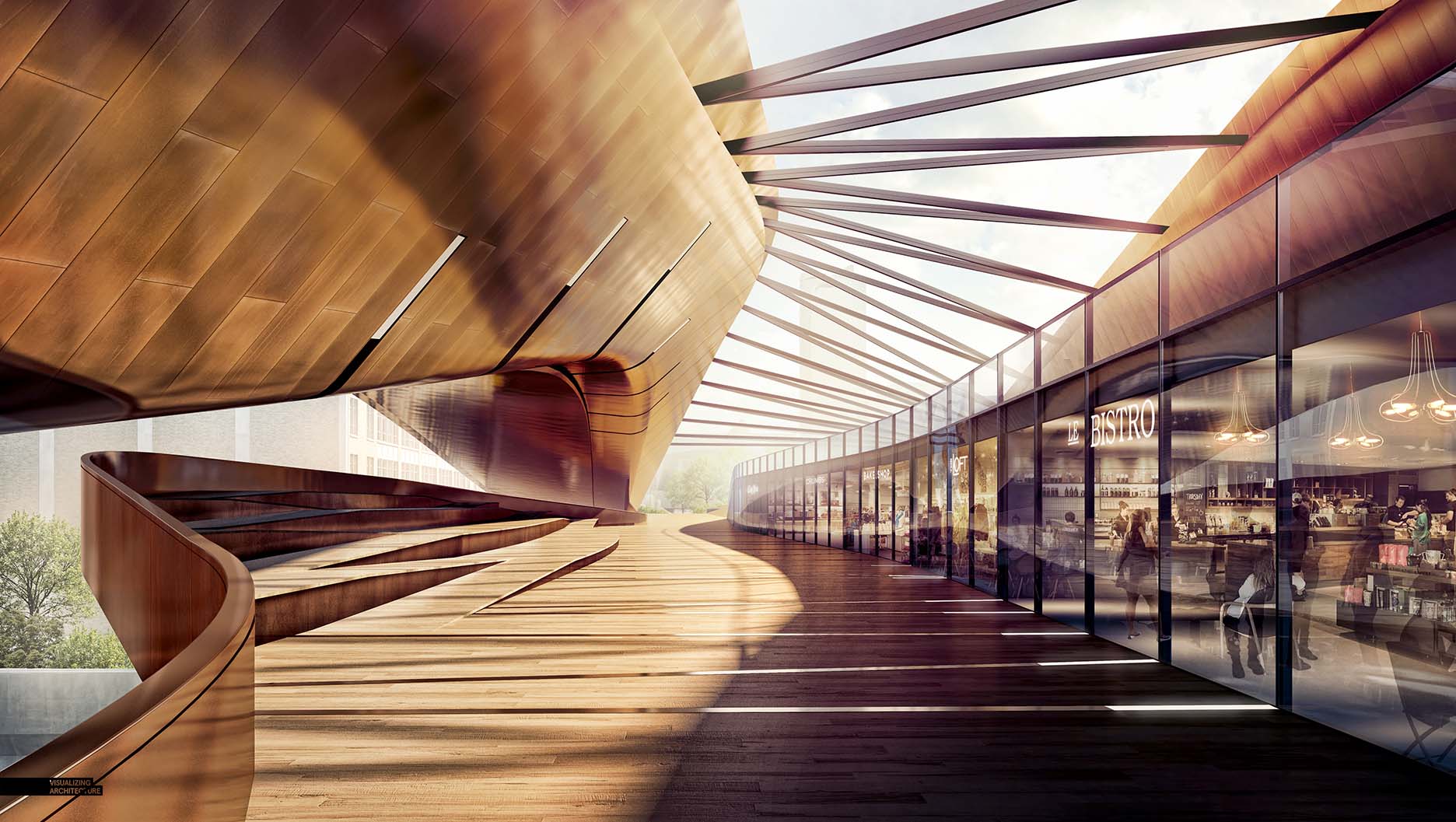 For both images, I used this step to define the hierarchy of the images. In the case of the park view, fog was inserted to push back the skyline and really play up the foreground grass. Soft blue tones helped push the narrative of early morning and calmness. Conversely, I washed the retail corridor view with lots of warm light to push a more active middle of the afternoon atmosphere. 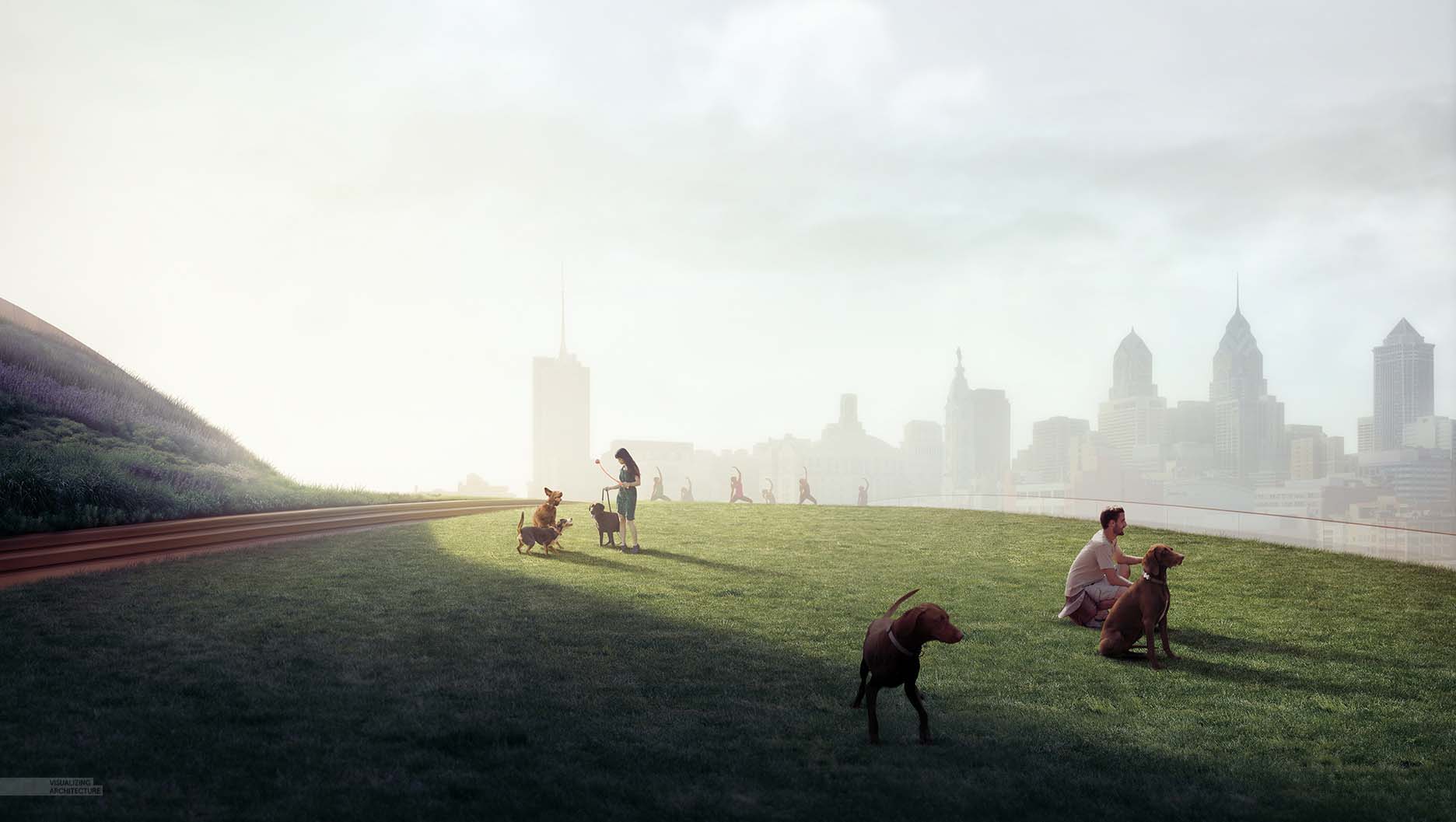 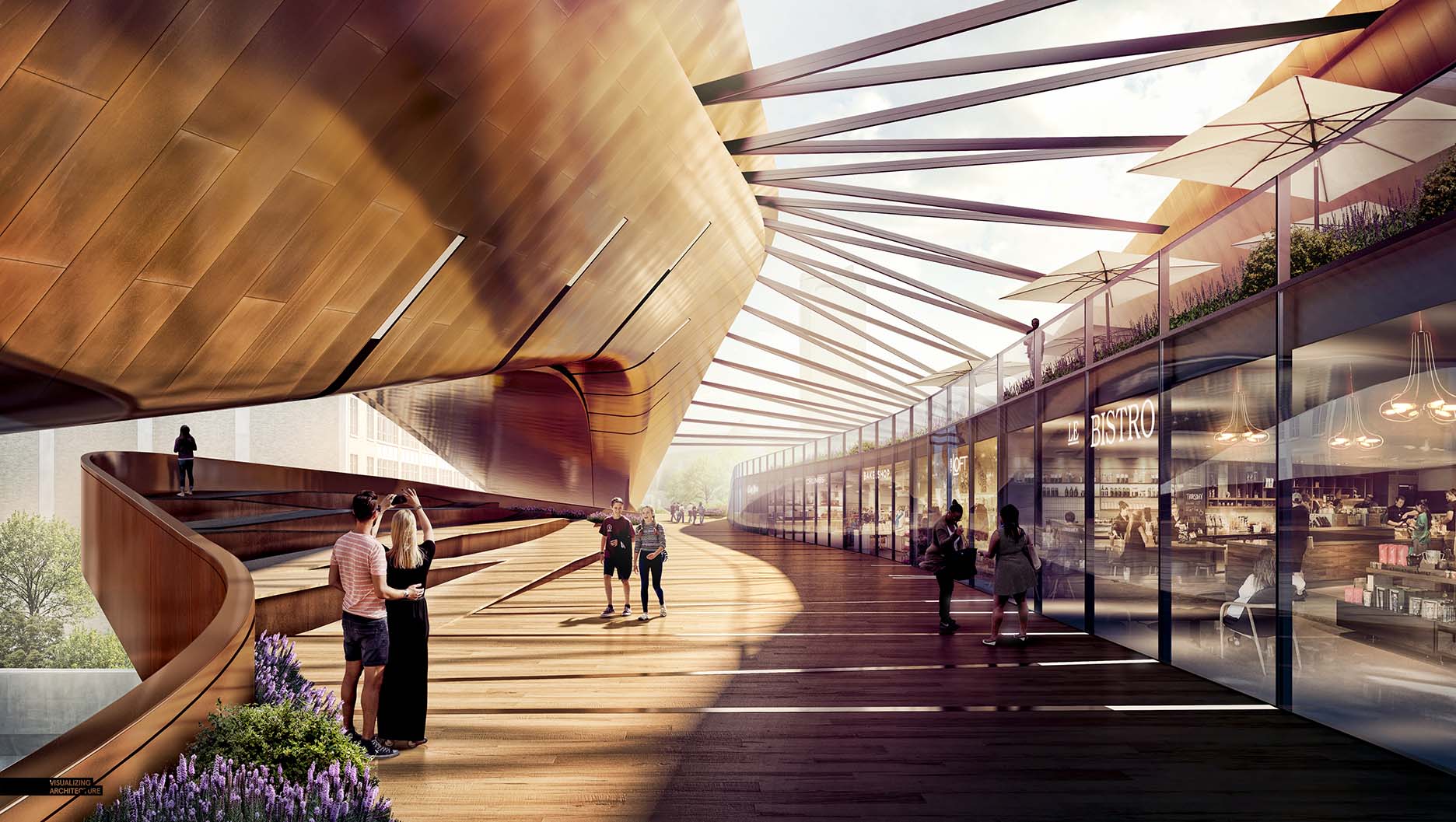 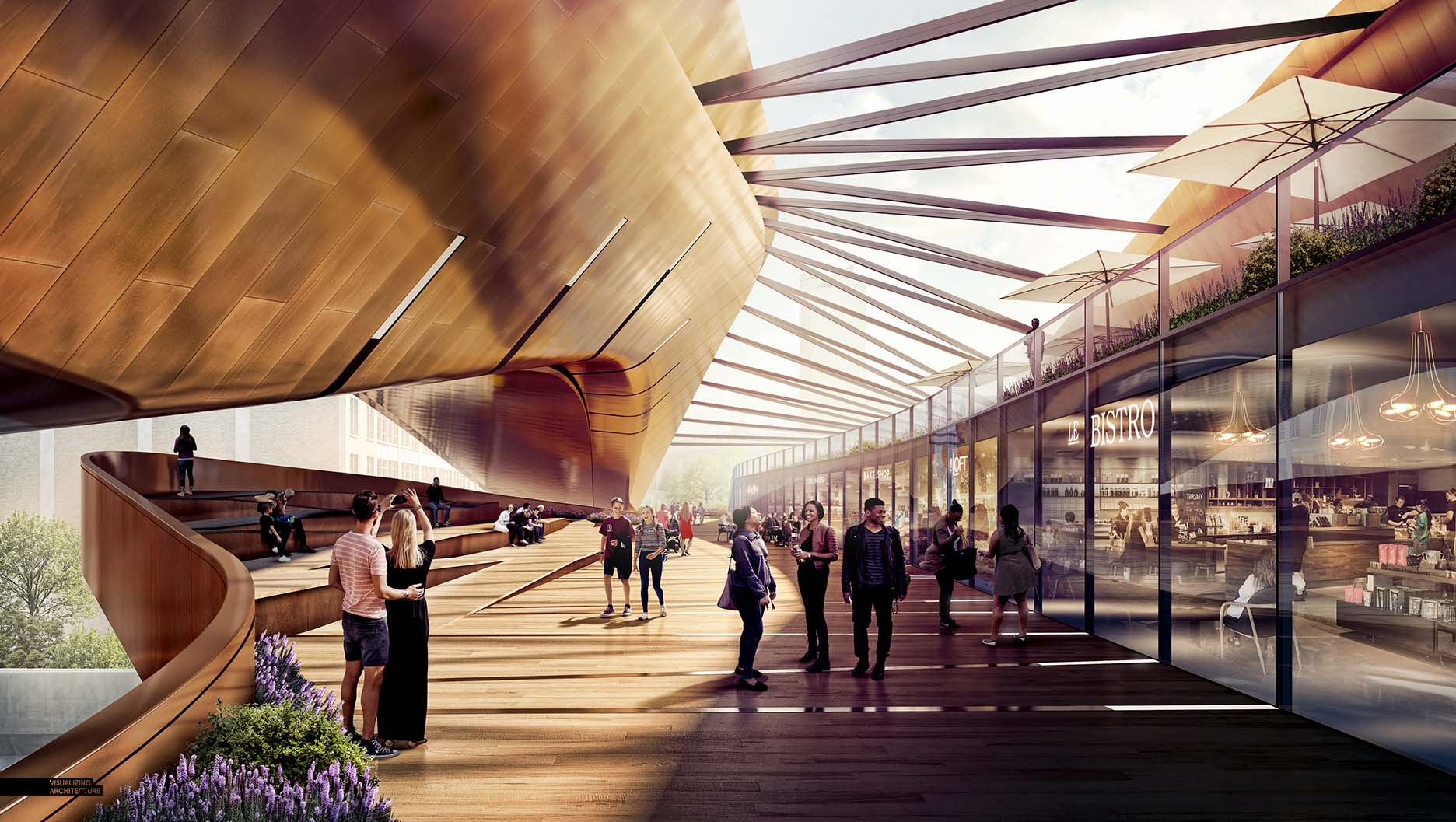 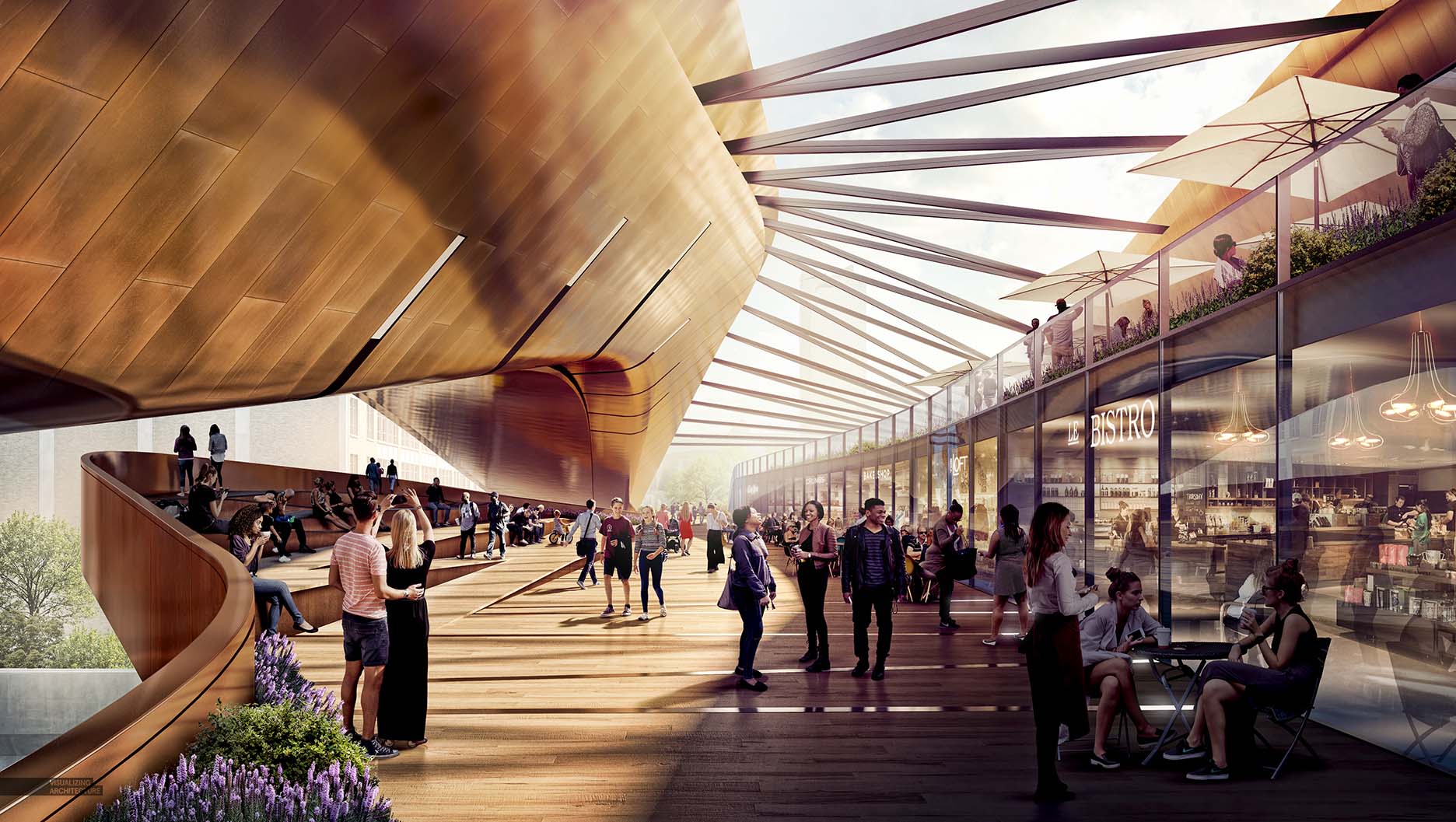 As I mentioned in the intro, I spent much of my time with these images setting up entourage. People were used to create the contrast between the active and less active zones of the project. I uploaded a couple of different versions of the retail corridor view to better illustrate how the energy of the images change as more people are placed in. In the past, I would have stopped at step one or two. Instead, I opted for more density and used that density to acknowledge the zones in the view such as formal dining, informal dining, lounging, etc. 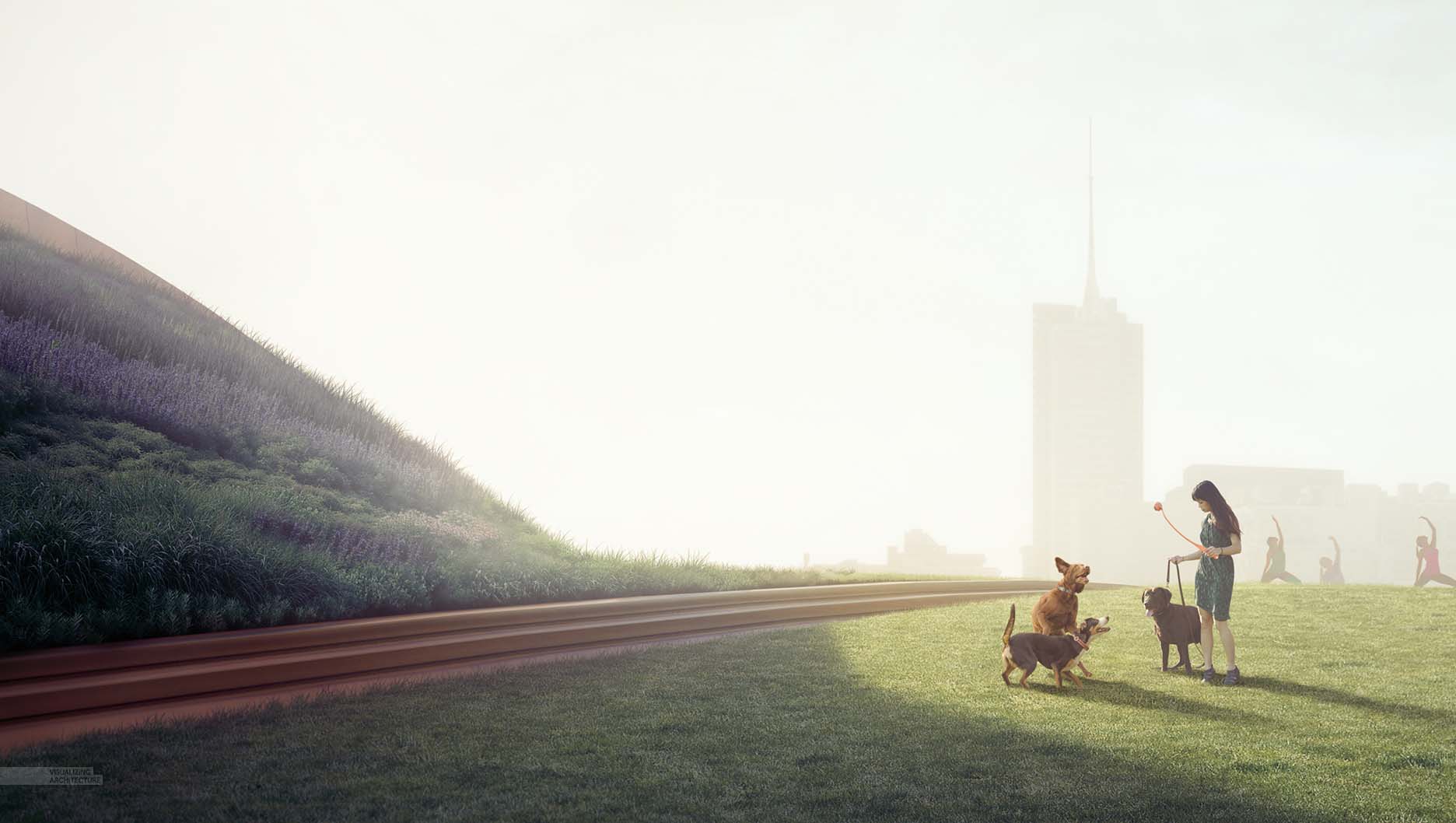 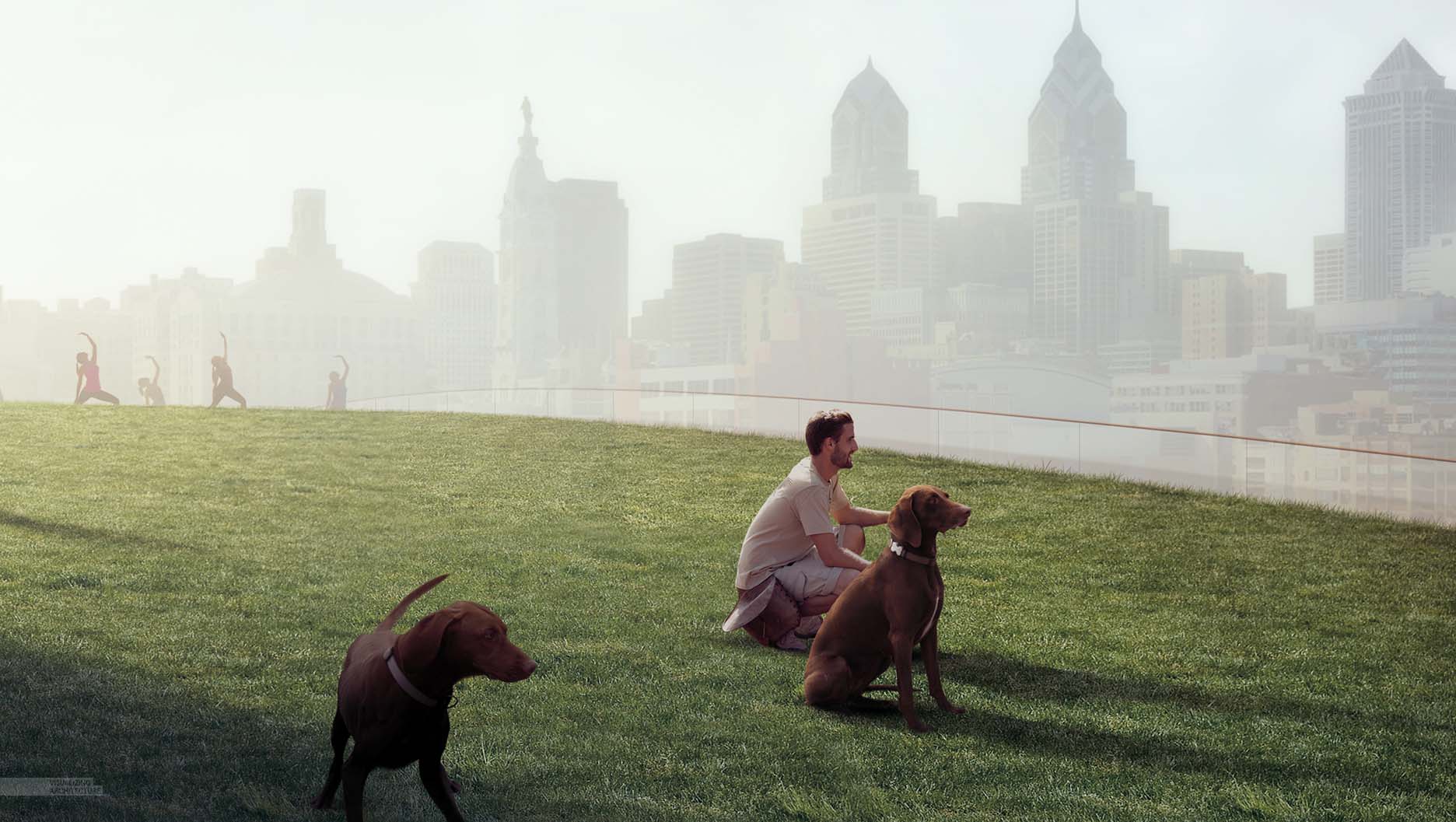 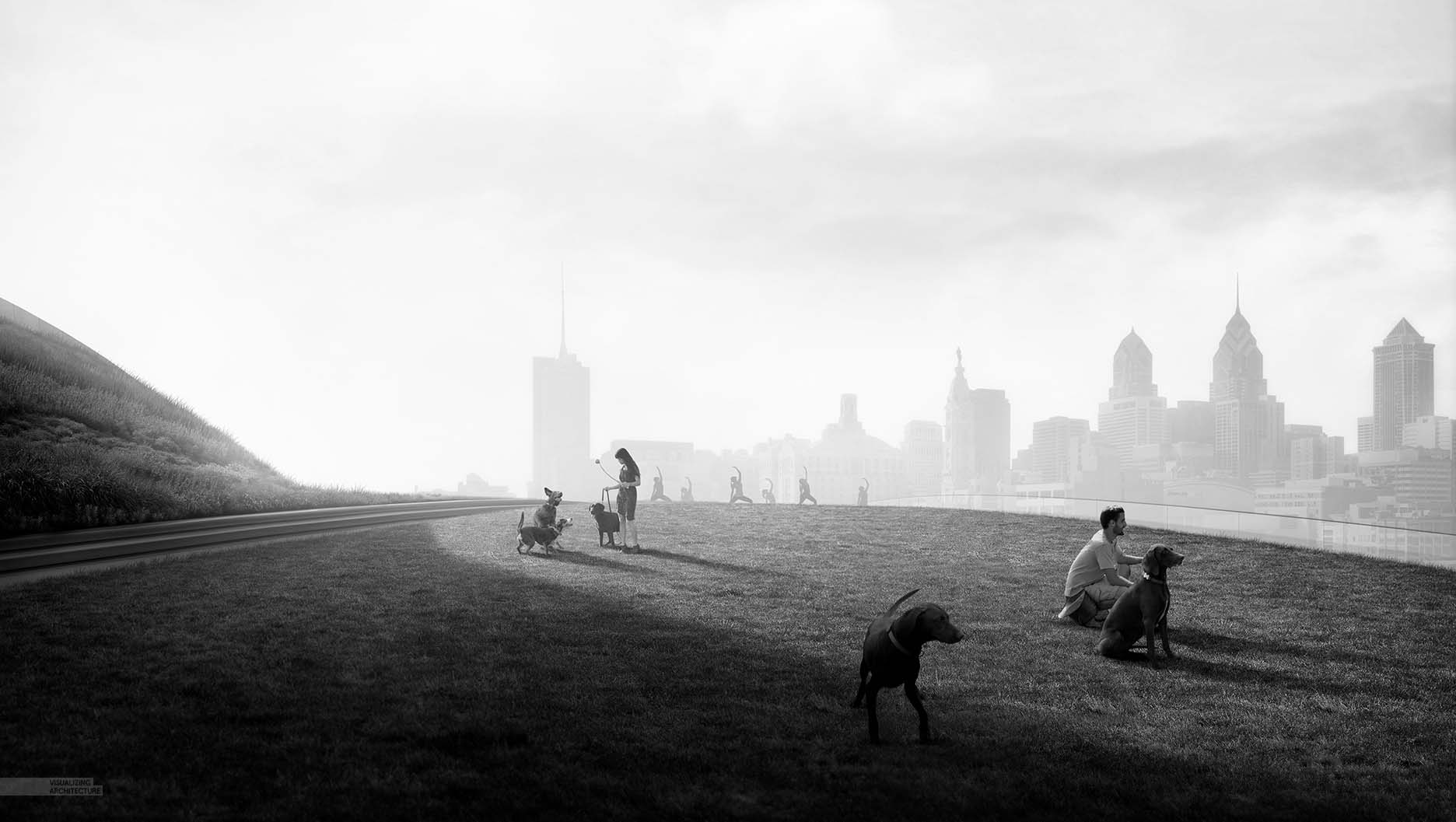 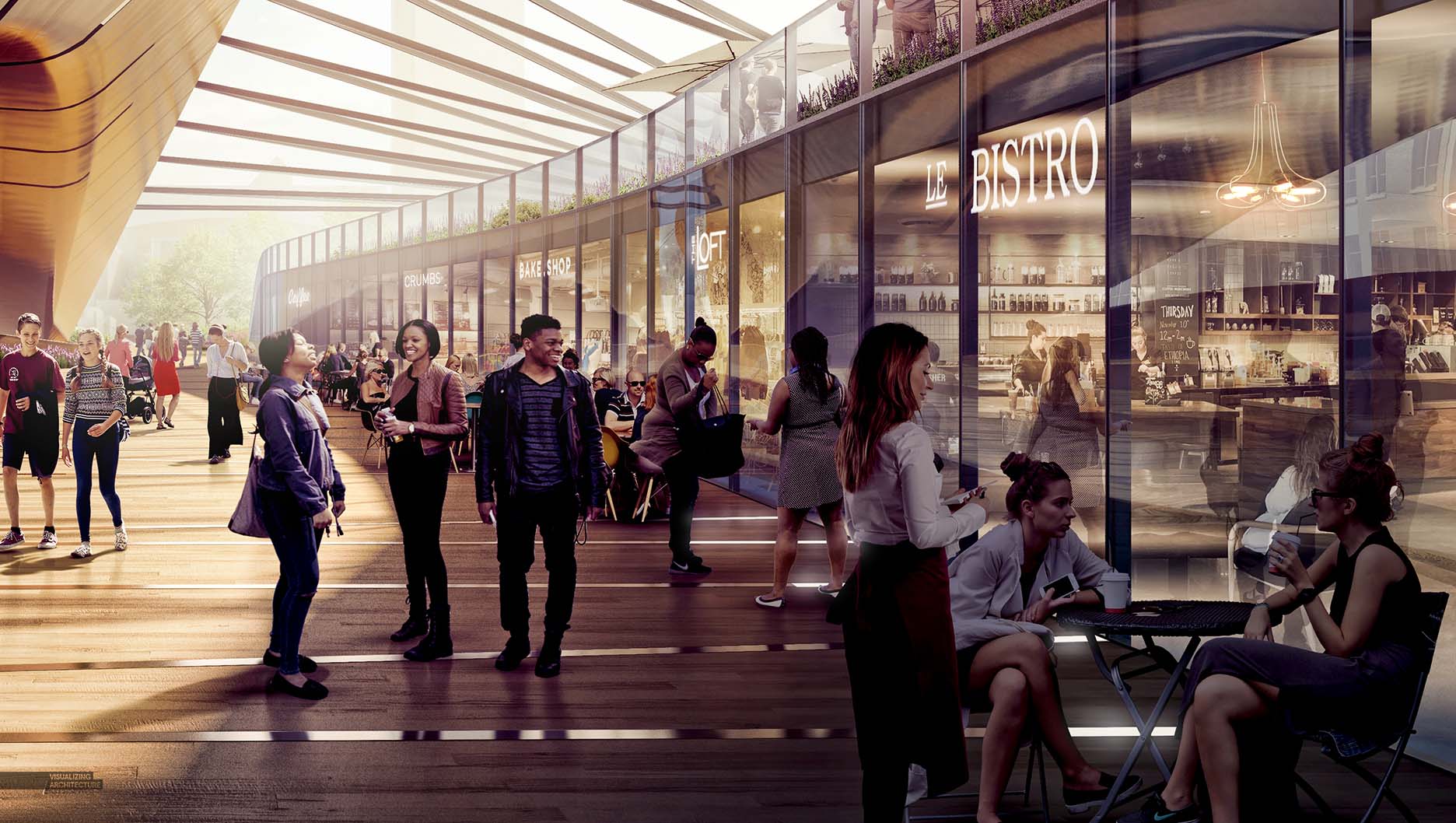 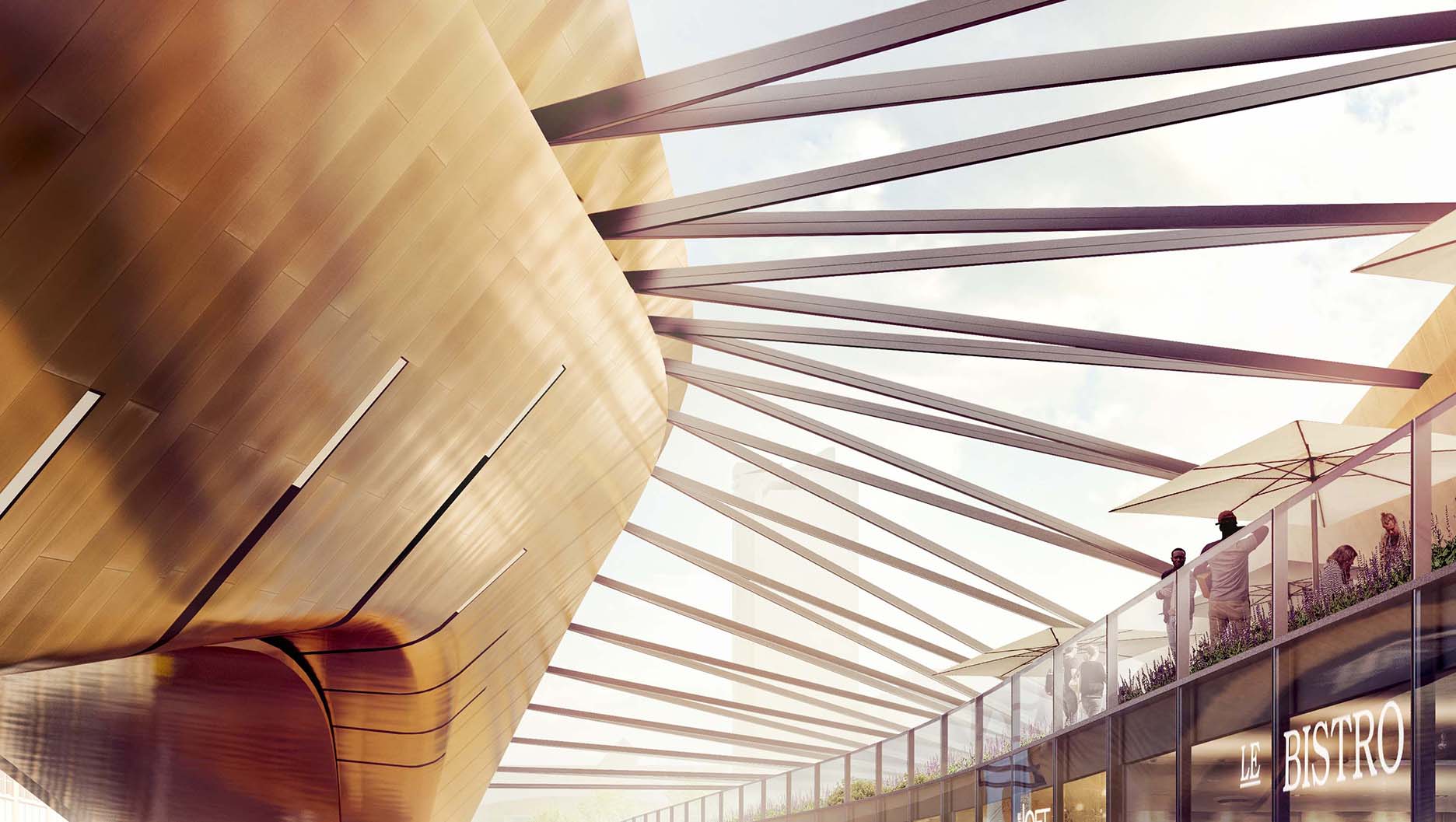 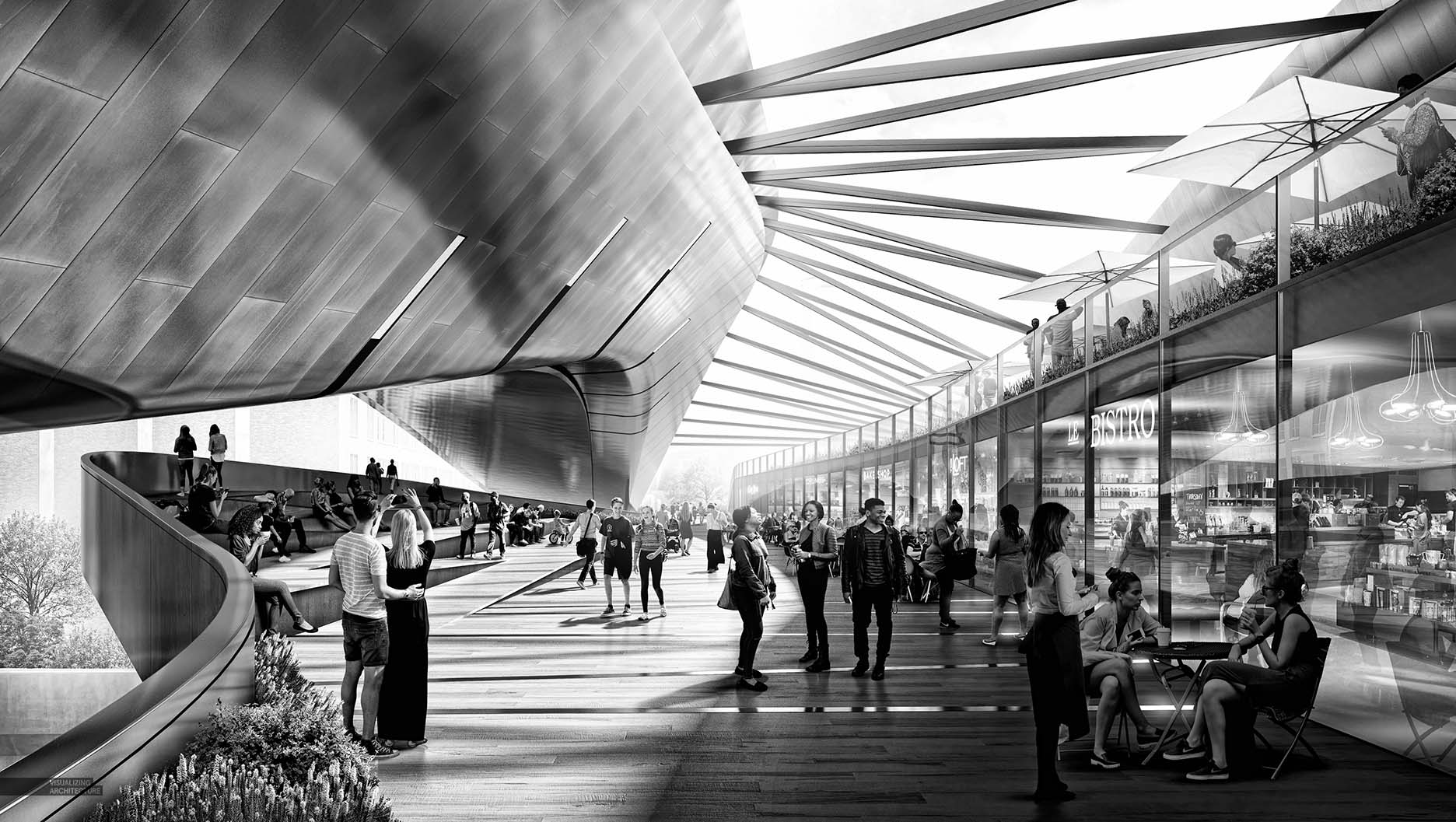 As I continue to create new images, I still hope to break down some concepts within the views such as adding interior information behind glass, texturing, and possibly some 3D stuff, assuming I can find time. Stay tuned.