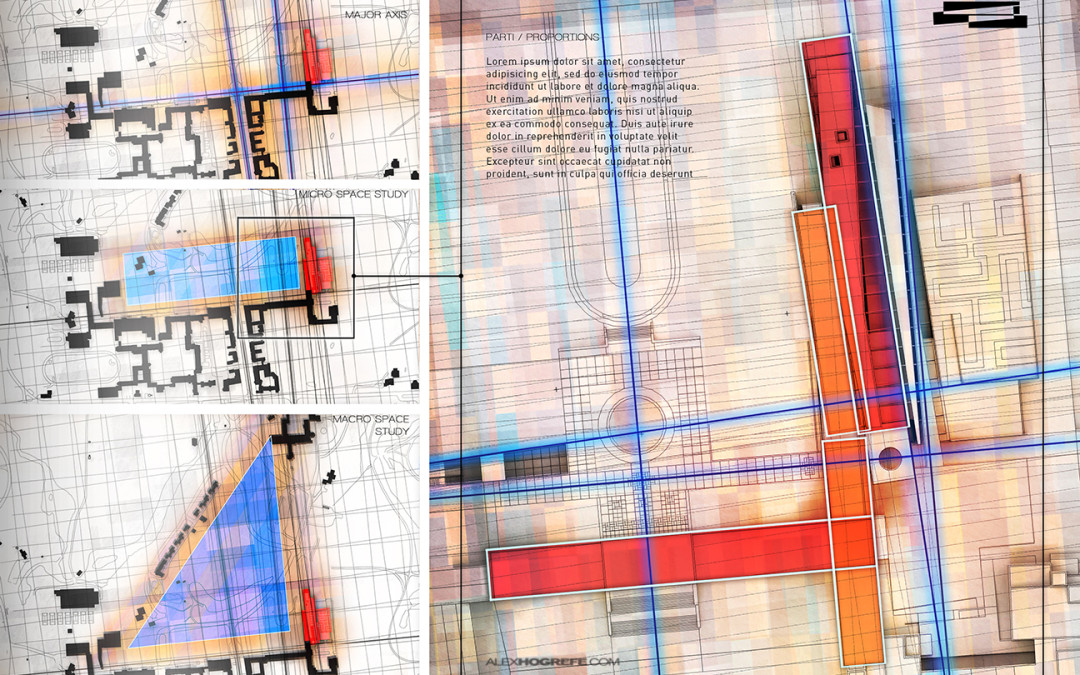 This week, I put together some diagrams that build off of the language of the first illustration created last week. As mentioned in the last post, the intro page illustration was designed to be a “teaser” for the pages to follow and get the viewer interested in exploring the the project deeper without giving too much away. The site analysis drawings produced this week are meant to bring some clarity to the underlying concepts of the project and help make sense of the intro illustration. 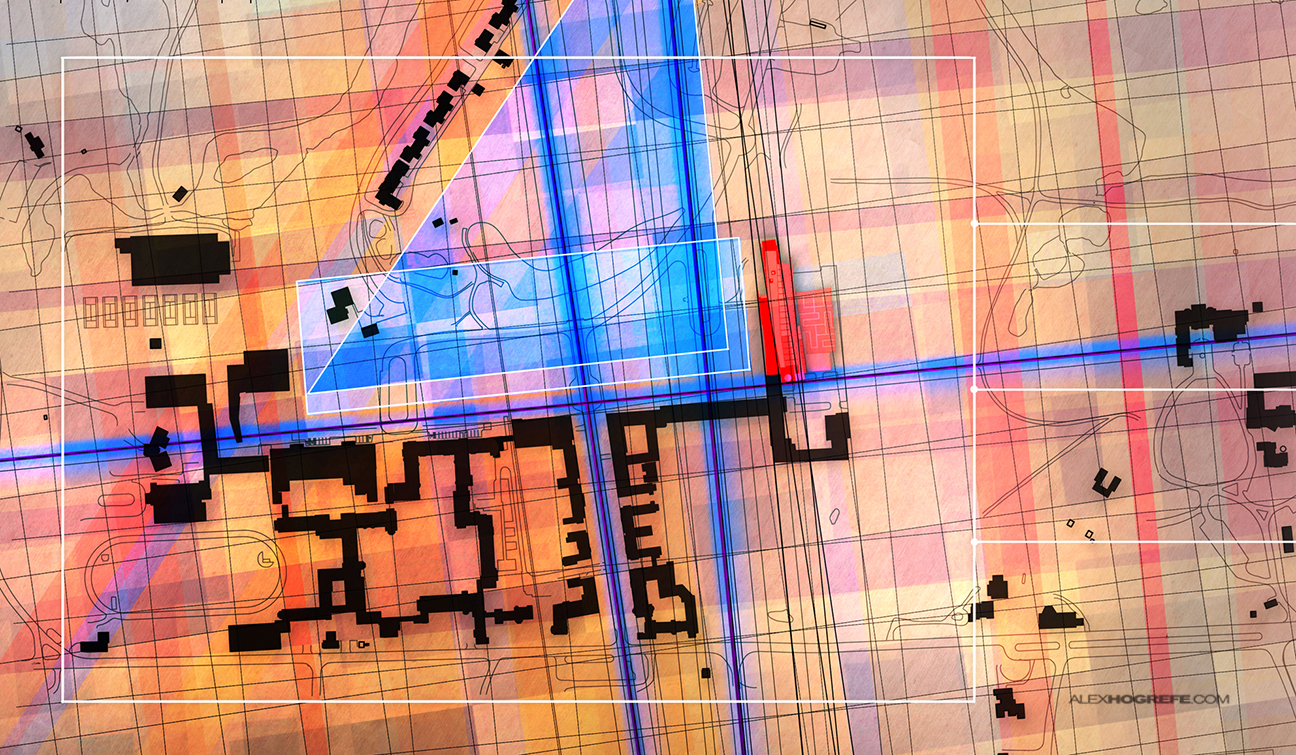 Many of the formal moves in the design are related to the shift in the grid system which are derived from the major axis of the campus. This idea therefore took hierarchy graphically in the diagrams by using cool tones set within the warm background. I also wanted to emphasise the spatial relationships created by the placement of the new design so again I used cool colors to contrast the warm tones. I tend to layout all my project pages by moving from a macro view of the project (site plans, diagrams, process work) into more specifics and details of the project (floor plans, sections, vignette renderings) as the pages progress. For this diagrams spread,  I began with a macro view of the site with several diagrams overlayed on top of each other. I then broke down the overlayed diagrams into each individual diagram. I finished with a zoomed in view of the design explaining the proportional relationships. The next few spreads will look at the floor plans, sections and elevations continuing the idea of getting deeper into the details as the viewer moves through the pages. 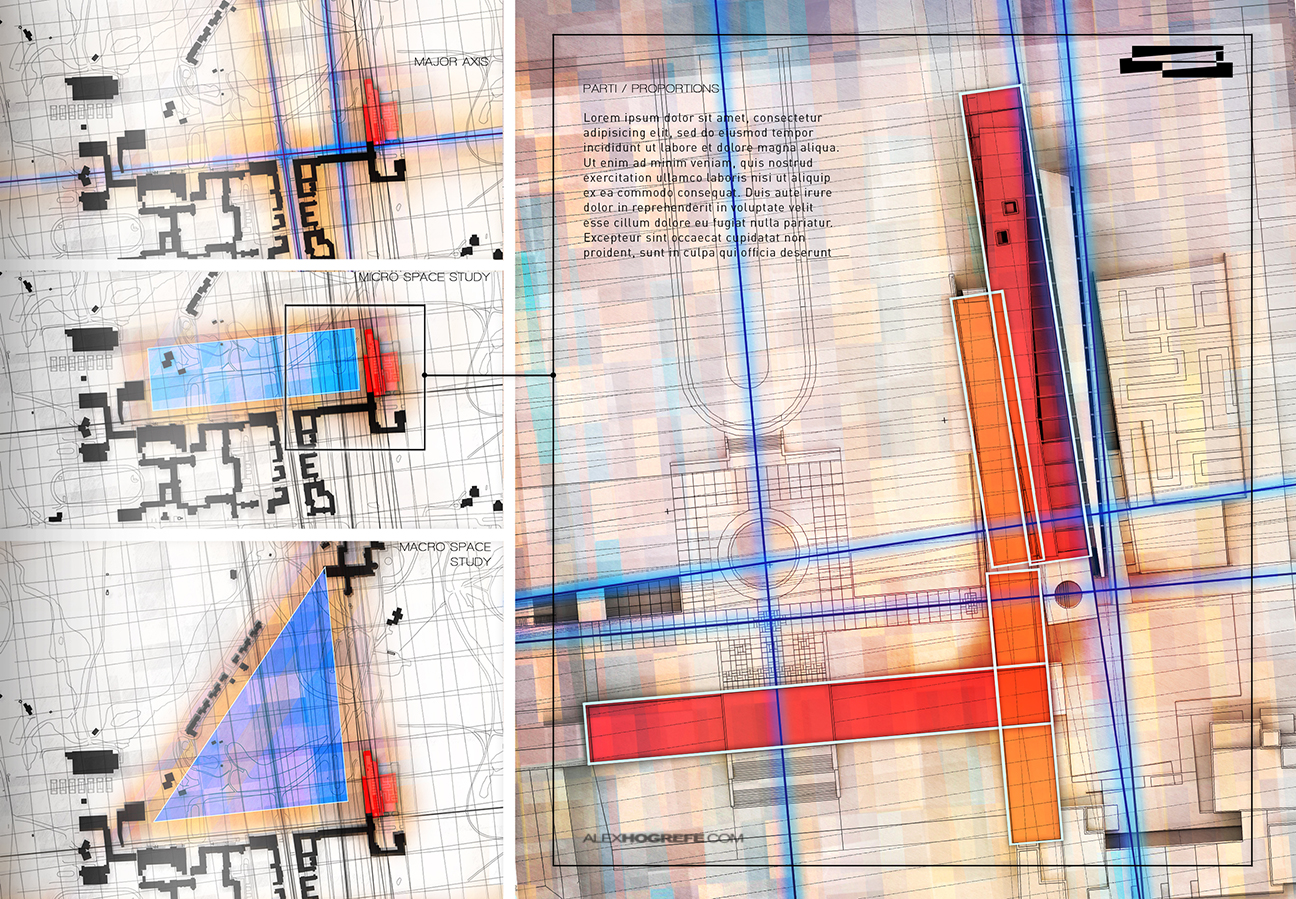 I have been making a big push to finish up this first series of portfolio pages before the end of the summer. Because of this, I haven’t had much time to really breakdown the individual illustrations and explain the workflow. I plan to get a deeper into this stuff once the summer slows down and I get some more free time to allocate to this site. I am almost done with this portfolio (this being the last project) in which case I will start to look at finishing touches and printing. Stay tuned