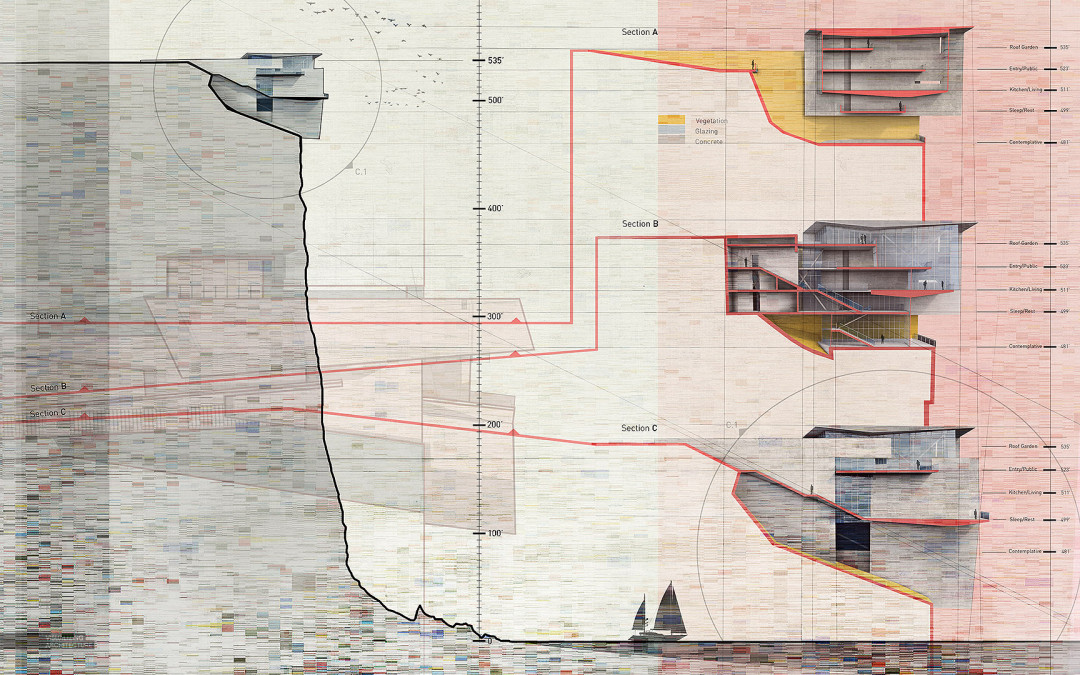 For the past few weeks, I have been producing section illustrations of my cliff retreat design. As is often the case, the final result took a complete detour from what I originally set out to produce. I began the spreads rendering out two large detail perspectives with the intention of placing one on each side of the spread. However, as the work progressed, I realized more emphasis needed to be placed on the scale of the cliff. Once I started going in this direction, the building sections themselves scaled down and more real estate was given to the site cliff section. The aesthetics of the spreads also shifted from clean and detailed image to a loose and sketchy style. At a certain point, I  just started experimenting and iterating like crazy to arrive at the final design. Below is a very quick breakdown of the image. 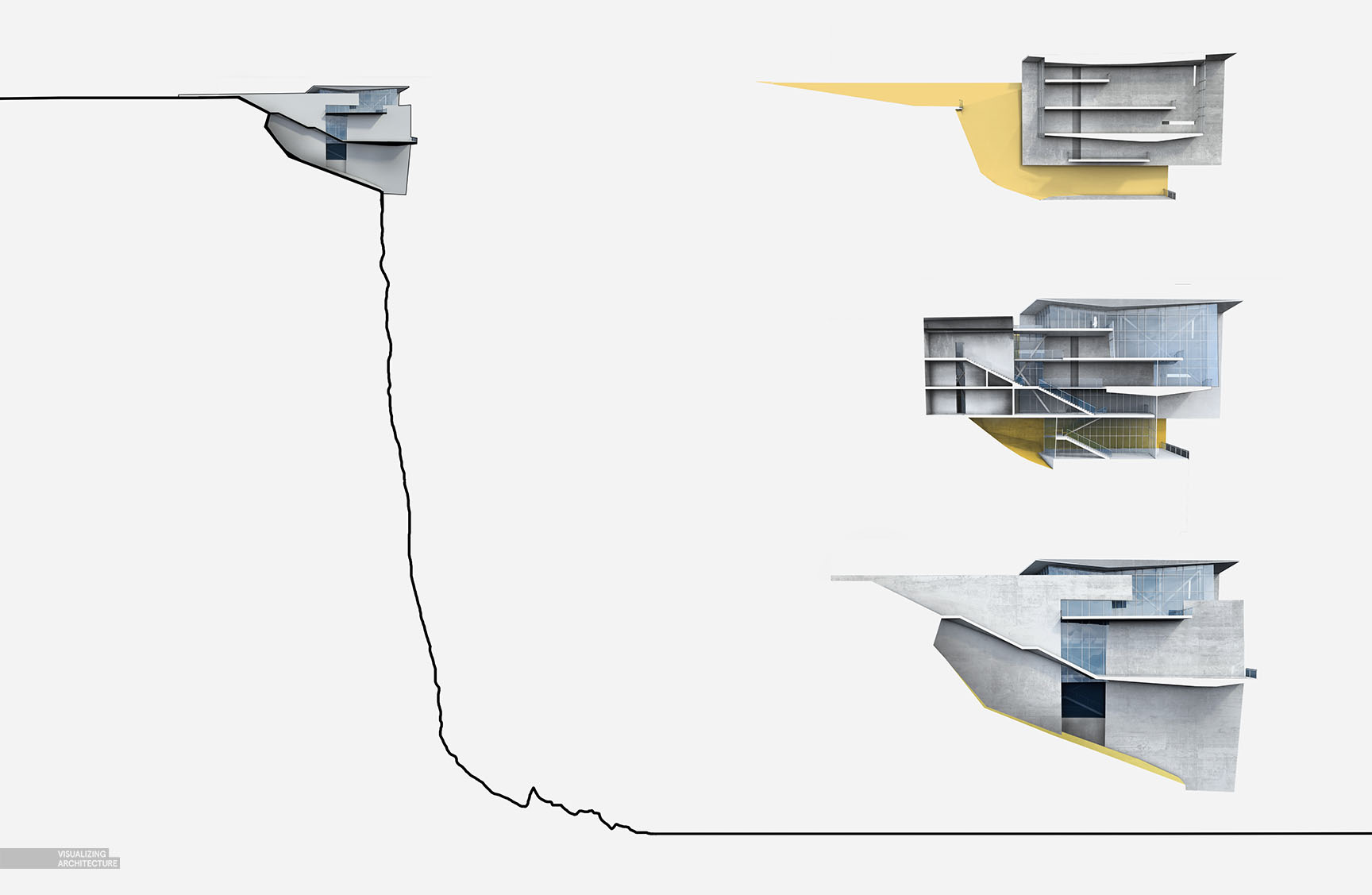 I started out by cutting sections in my Sketchup model and then rendering in V-Ray. The V-Ray renderings required quite a bit of cleanup in Photoshop to hide mistakes in the model. I also added some concrete textures and colors to designate materiality. 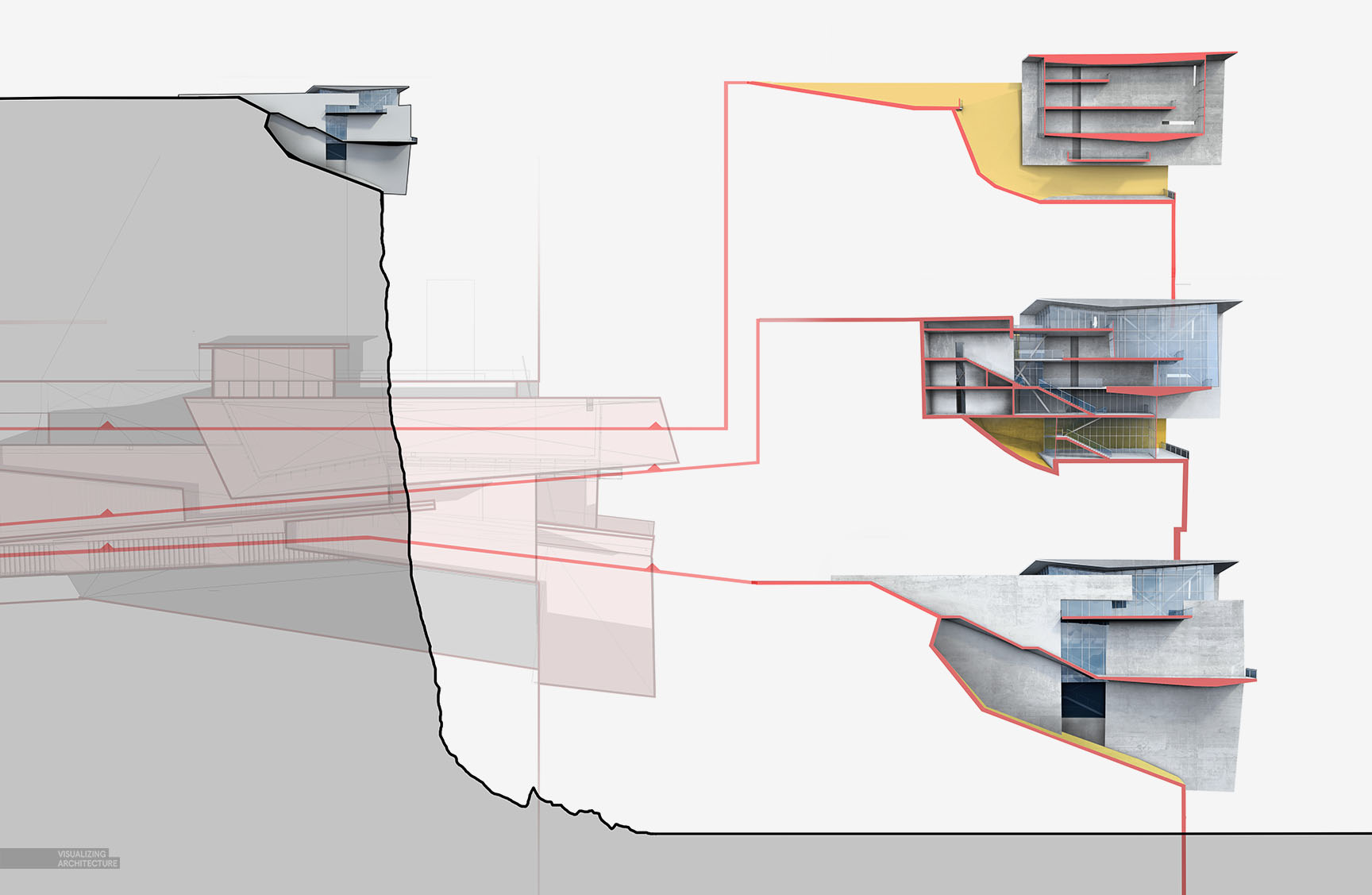 One thing I like to do with my sections is poche the cut with a bold color to help clarify the reading. The red also becomes a graphical move that encourages eye movement around the page and make connections to more information. In this case, I added a site plan of the design to inform where the cuts are taking place. All of this is kept somewhat abstract to help fade into the background and not draw attention away from the main site section. 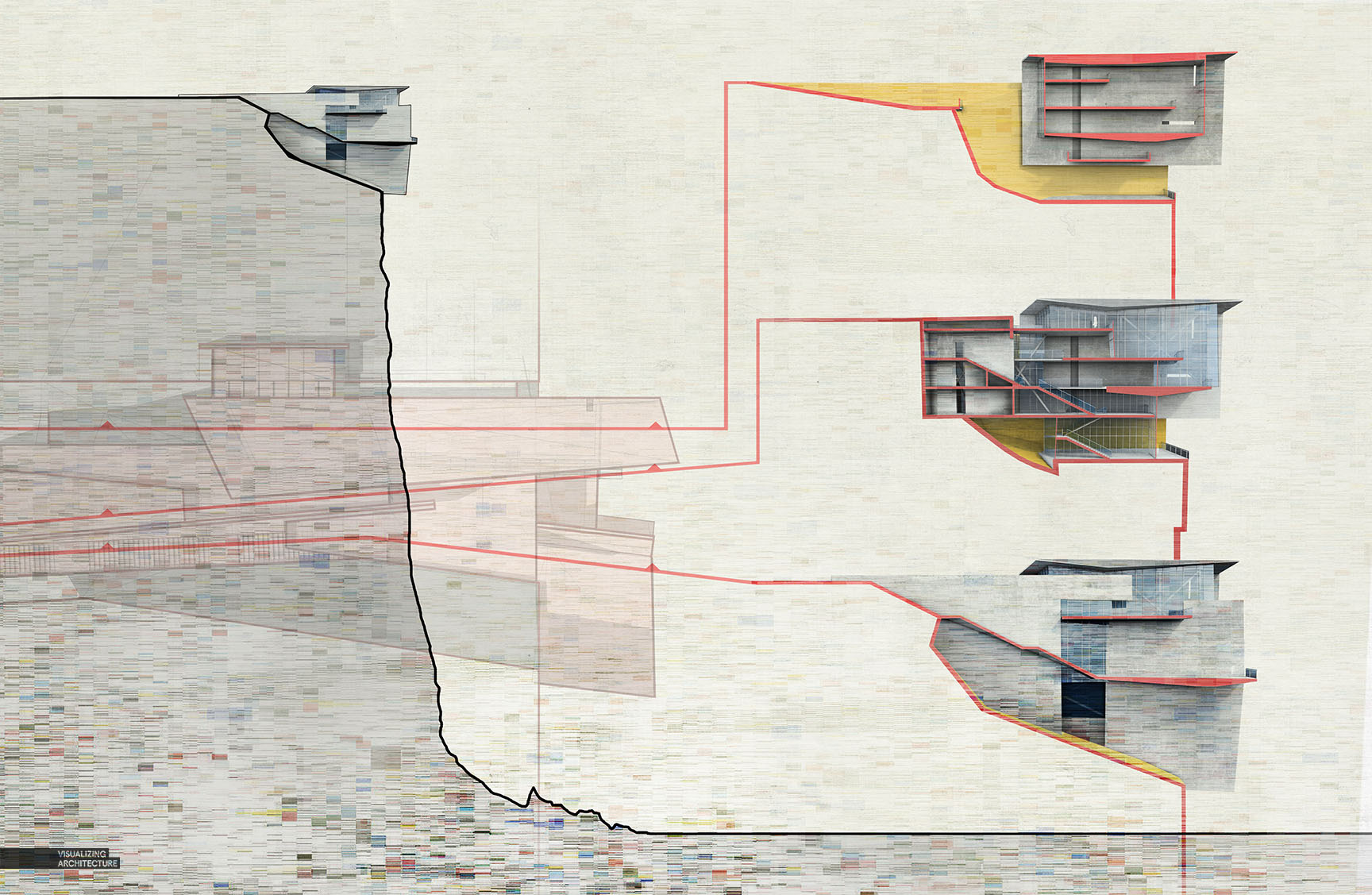 At a certain point, I quite methodically planning every move, relaxed a little, and let my right brain take over. I started exploring with texture and color to give this image some grit. While the step-by-step breakdown of this image is very linear, in actuality, I iterated and tested out a lot of different layout designs, colors, and textures before arriving to the final image style. 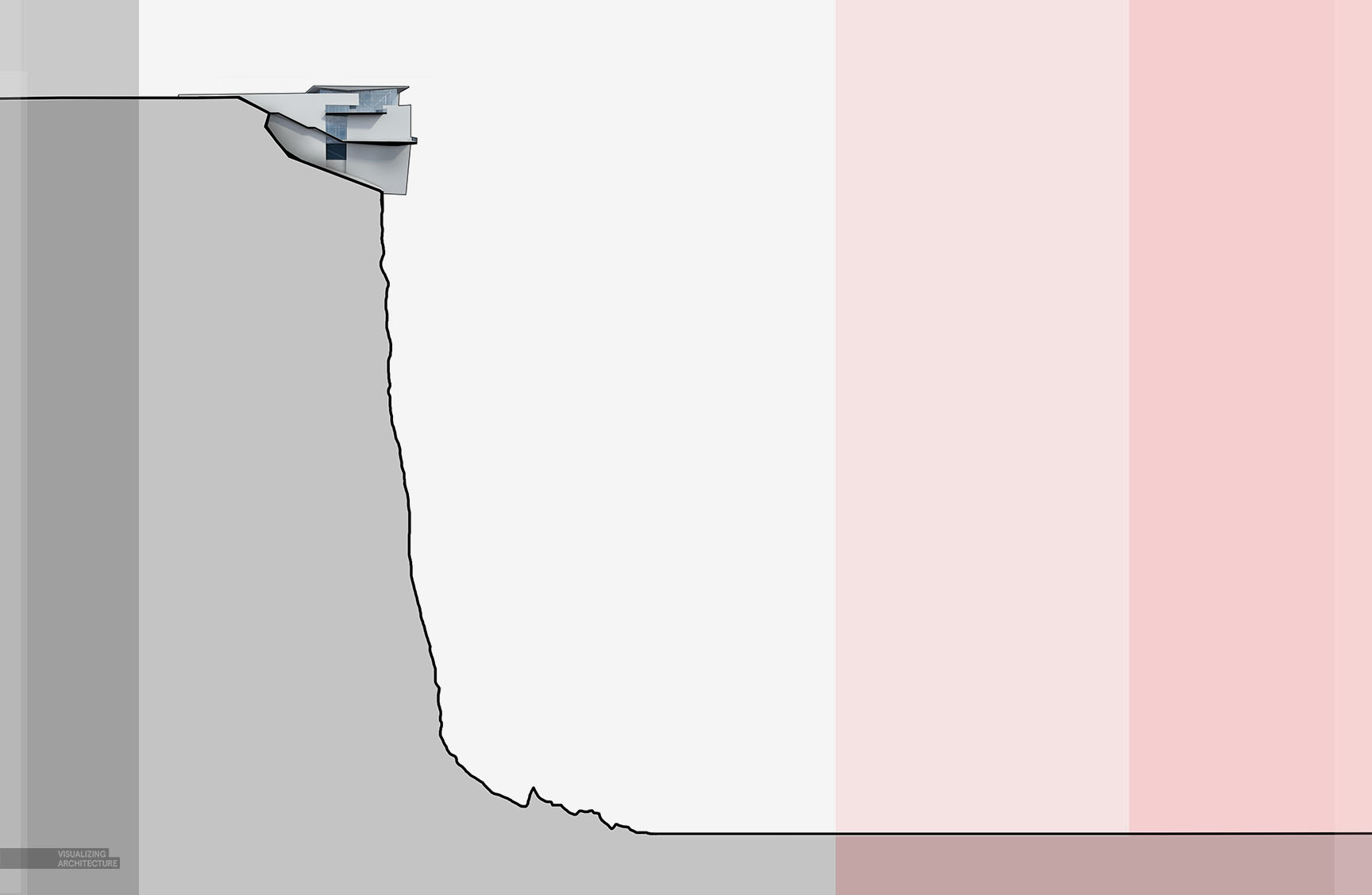 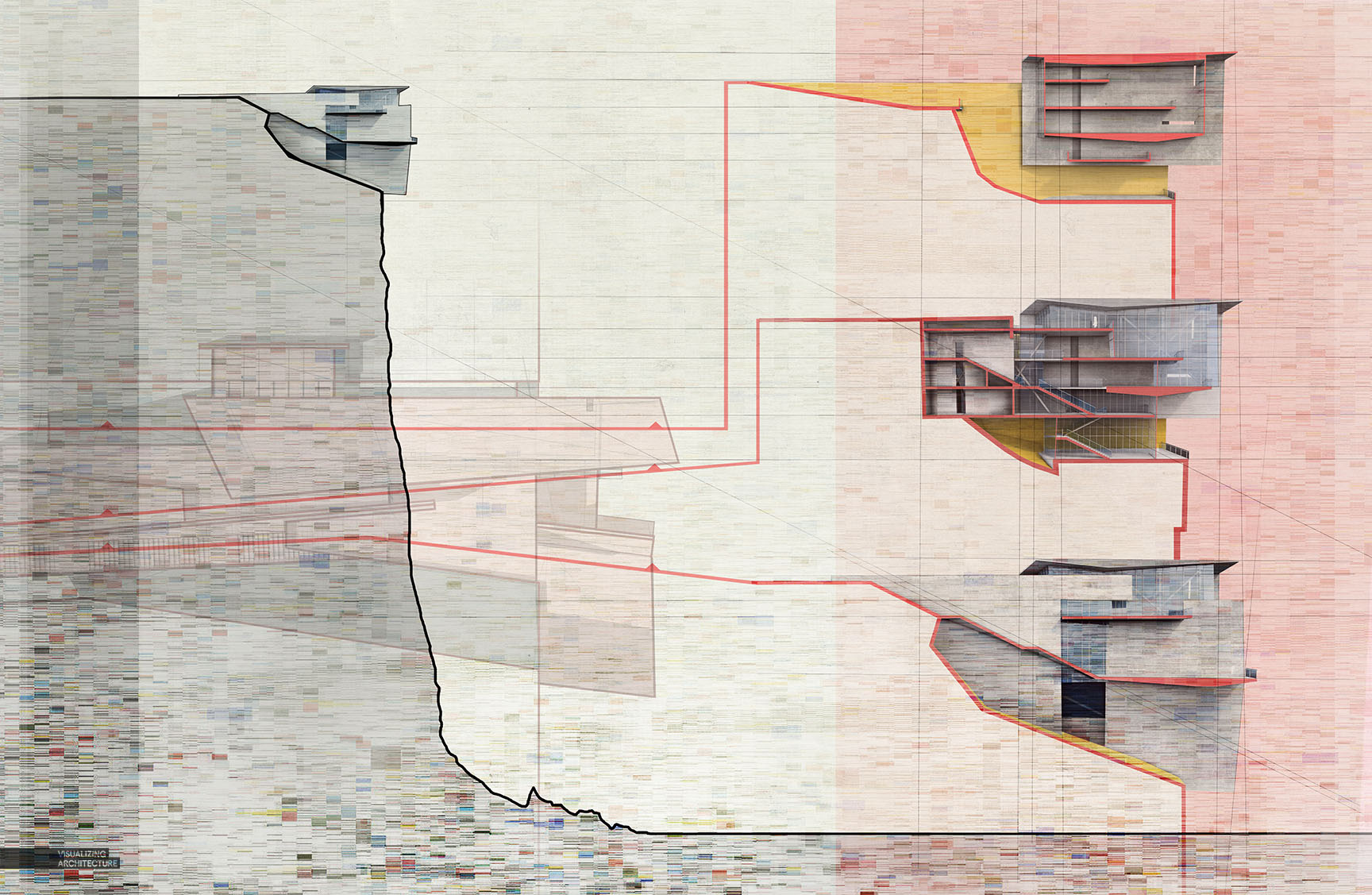 I added background tones to clarify the hierarchy of the spread and help organize the information. The red on the right was used to better define the sky from the cliff as well as visually separate the building sections from the site section on the left. 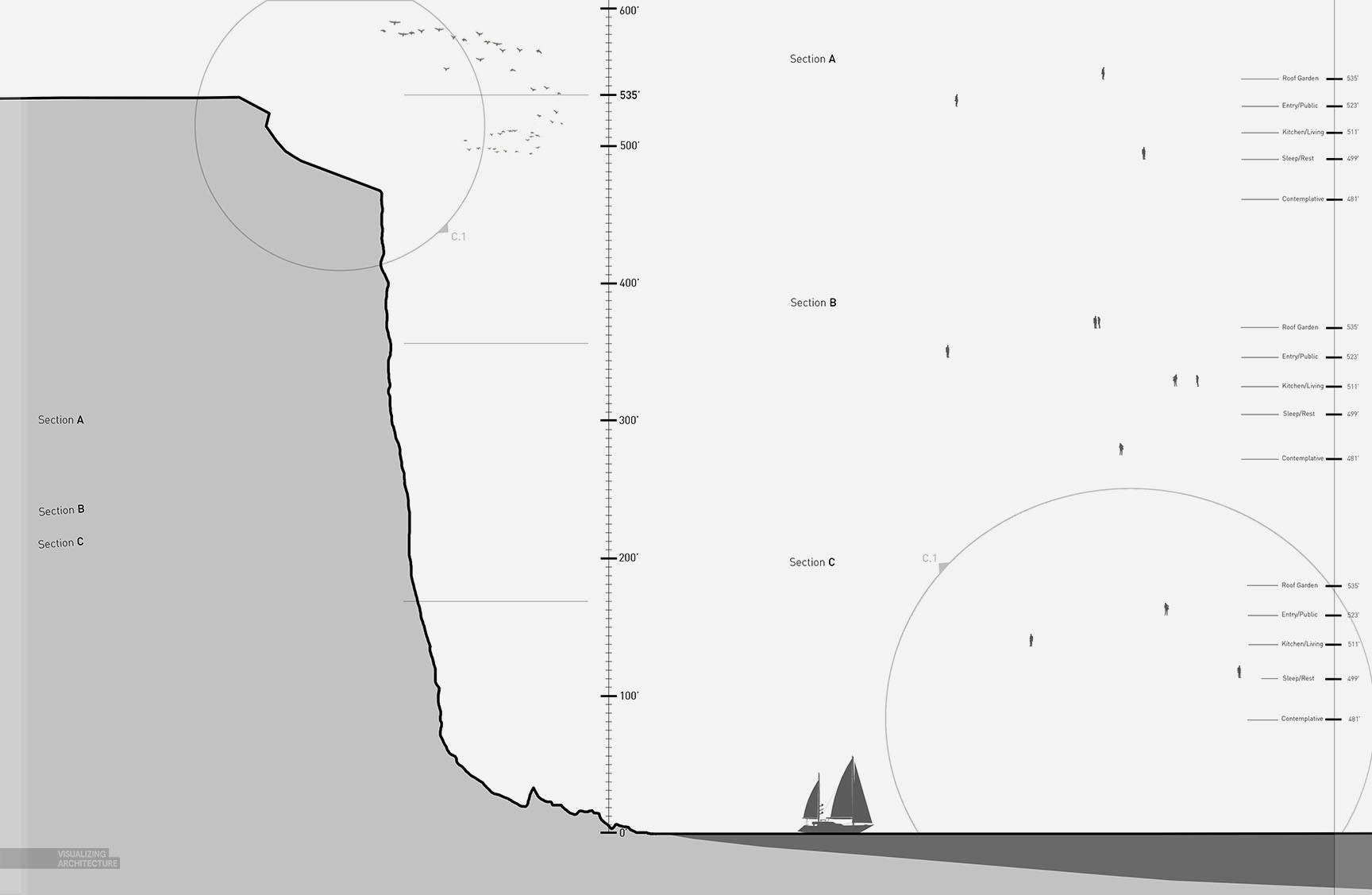 Finally, annotations and scale figures were added. I always try to put just as much time into the design of the text and annotations as with any other graphical information. Often, I see this stuff added at the very end in a way that disrupts the flow of the spread and distracts from the illustrations. However, I typically work this stuff in as I am developing the spread which can add another layer of texture to the composition and be used to strengthen the hierarchy of the spread. With that said, it is a fine balance between maintaining readability and not stealing too much attention. 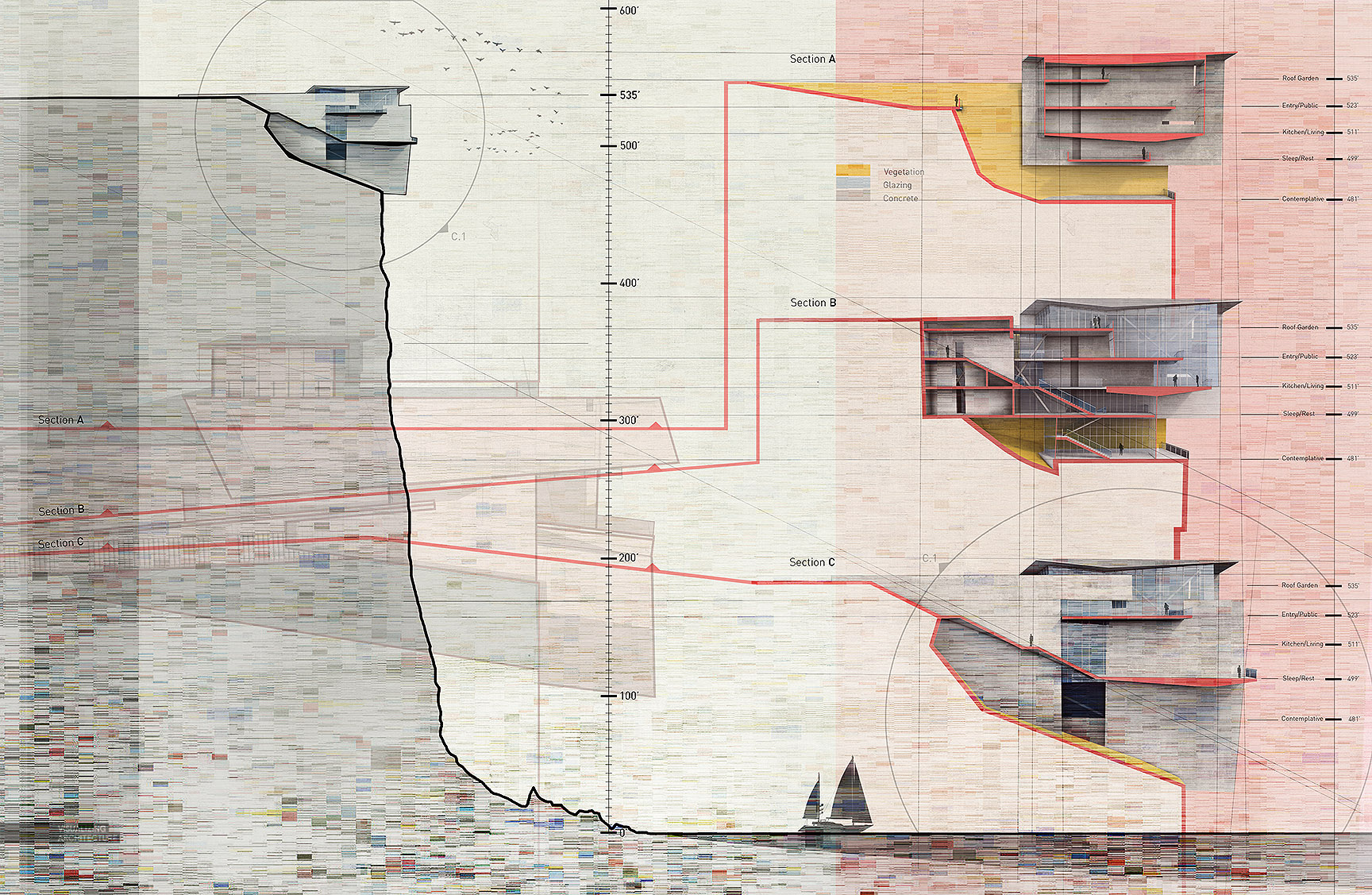 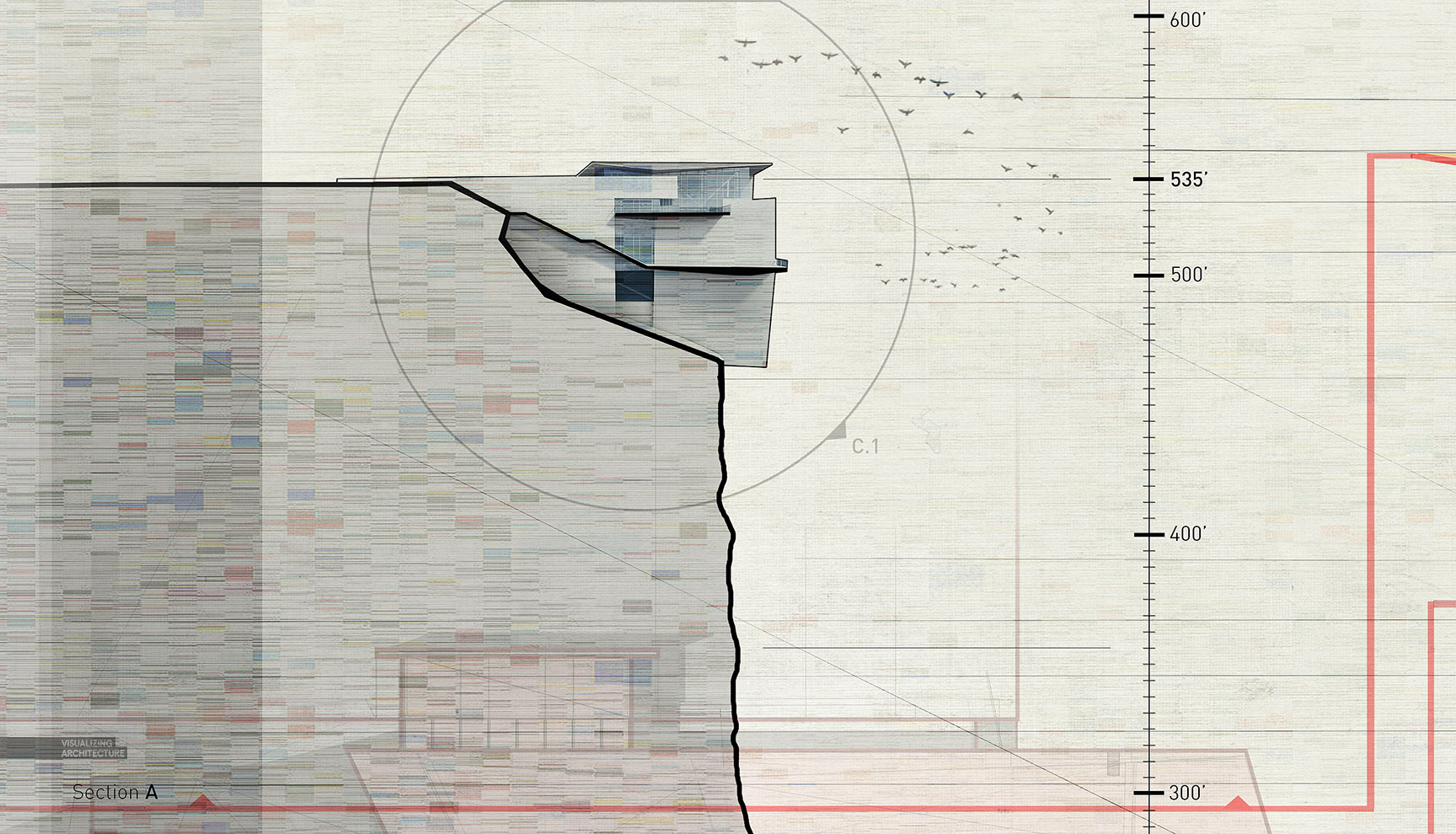 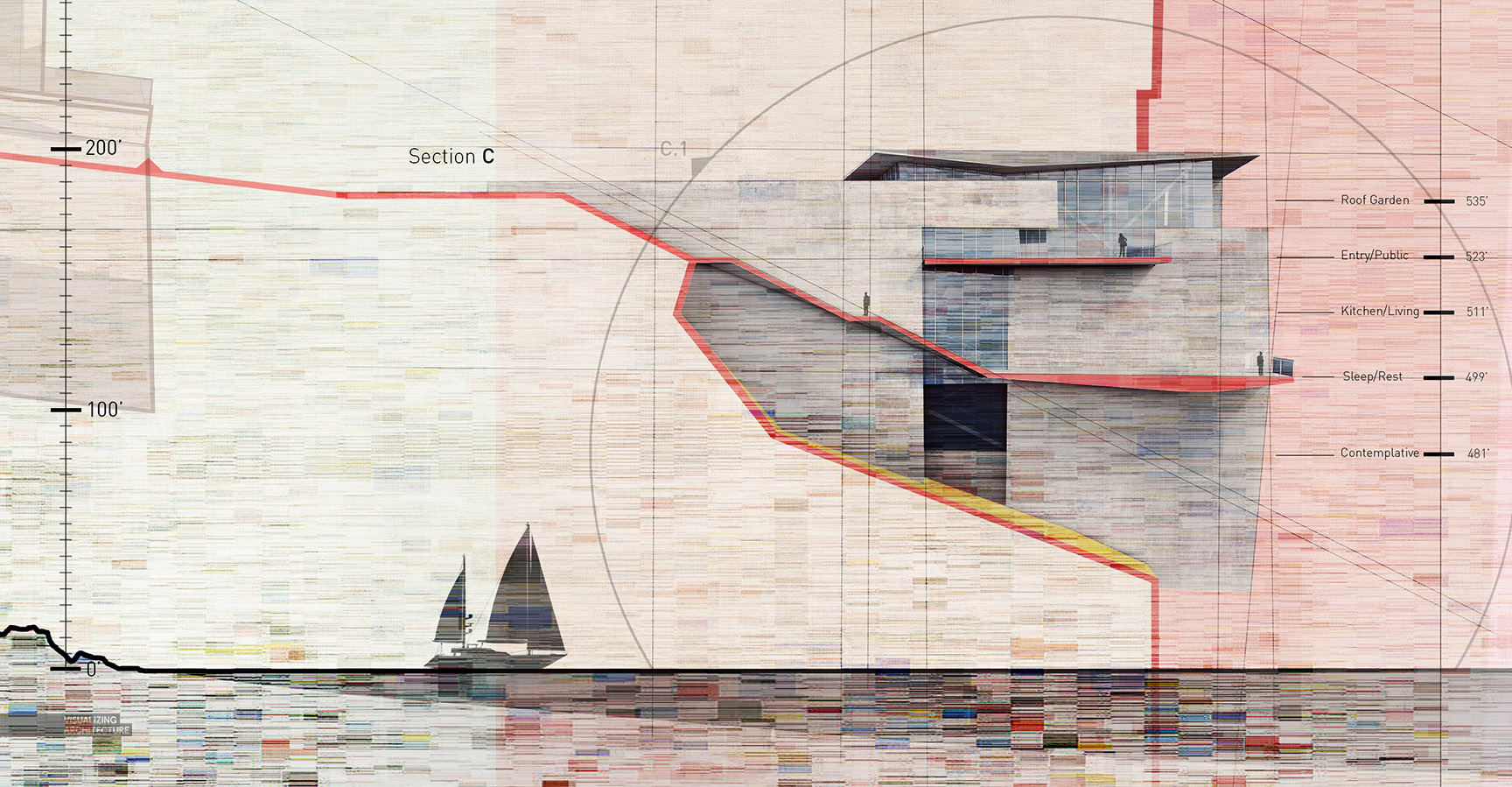